The Most Amazing Facts About Fish: Everything You Should Know 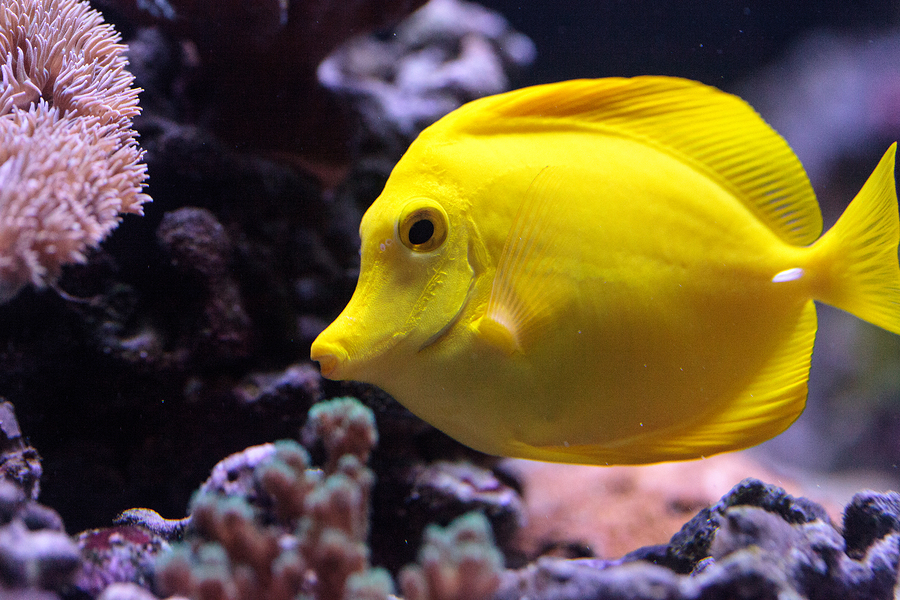 Fish are more than relaxing pets to watch or a source of food. They play vital roles in maintaining several aquatic ecosystems, and they even help clean up waste and toxins in some areas. Some fish live in the deepest parts of the ocean where the pressure is strong enough to crush modern submarines. Once you start digging, the number of fantastic fish facts is remarkable. Let’s explore some fish facts. 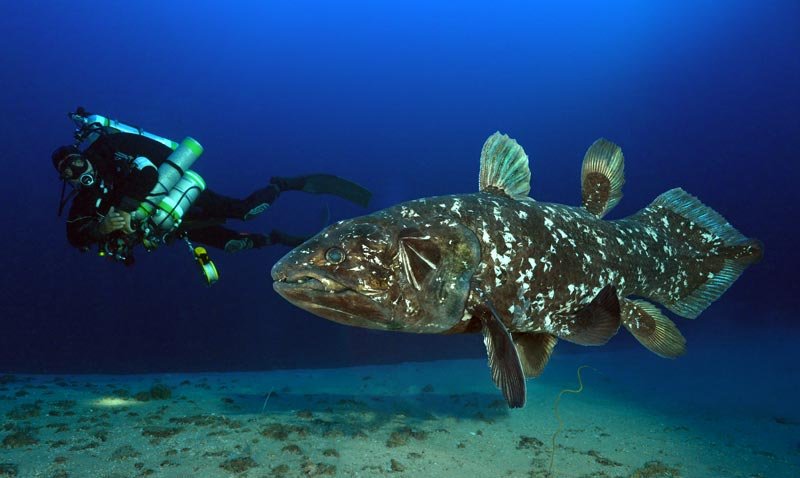 Hagfish and lampreys evolved quickly and, like sharks, haven’t needed to change much in a long time. They are the only two fish considered primitive or unchanged throughout much of the fossil record. Today, scientists still debate whether the lamprey and hagfish are evolving or devolving. The presence of a skull but no vertebrae usually sparks the debate.

The Coelacanth is probably the most remarkable ancient fish species. It disappeared from the fossil record right after the Cretaceous period about sixty-five million years ago. That's not unusual since a lot of fish and animals went extinct and left the fossil record at random times. The exciting thing about the Coelacanth is it wasn't gone. A fisherman caught one in 1938 off the east coast of Africa.

Sharks are among the most ancient fish species we know about today. Sharks predate dinosaurs by about 200 million years. They evolved into the predators we know today very quickly and haven't needed to change much in the last few hundred millennia.

Less than 100 million years after the first life on Earth began to evolve, sharks have been swimming in the planet’s oceans. Sharks can raise their body temperature to aid them in hunting in colder waters.

Lungfish don’t always need water to survive. They popped up on the fossil record not long after sharks and, like sharks, are still with us today. The lungfish creates a slimy cocoon in the ground when it’s water supply begins to dry up.

They live in their cocoon until the water returns and breathe through a built-in snorkel. They have gills and lungs to help them survive in water or out of the water. The oldest known fish was a lungfish that lived for sixty-five years.

Fish were the first lifeforms on Earth to develop bones. They didn’t have scales or any of the features we are familiar with except their dorsal fin. Most early fish closely resembled eels or chubby sharks. Today’s sharks don’t have bones, but it’s possible their ancestors had skulls if nothing else. Most early fish species developed skulls before they developed bones.

The Social Lives of Fishes 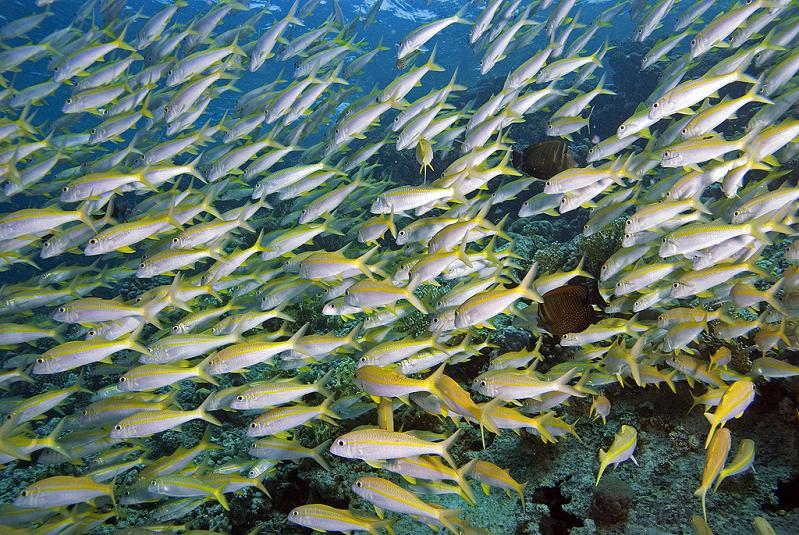 Some fish reproduce by laying eggs. The female creates a nest in sandy areas or lays her eggs on underwater debris. The male comes along and fertilizes the eggs. Depending on the fish species, the male or female stays with the eggs until they hatch, in most cases. Some fish, like sharks, give birth to live offspring called pups.

Fish can communicate with other fish using a complex language of sounds that range from wailing noises to low pitched moans. They lack vocal chords but use their muscles and bones to generate these sounds. They don’t use the sounds they make to gossip or talk about their day. Typically, the sounds are used to warn other fish to stay way or attract food.

Schools of fish can contain millions of fish. Not all fish form schools and some only form schools for protection or hunting. Fish use their eyes to help them stay in the right formation, but they also use a unique set of pores and hairs that runs along the center of their bodies called a lateral line.

The lateral line helps fish detect changes in temperature or alerts them to sudden water changes like a predator charging at them. Predators use their lateral line in the same way plus it helps them track prey.

Hammerhead sharks are some of the most complex fish socially and physically. Schools of hammerhead sharks sometimes contain over 500 sharks. Like other schools, the dominant female is usually in the center and controls the rest of the school.

When she is ready to mate, the dominant female hammerhead shakes her head from side to side to let the rest of the school know they should move away and make her the center of attention.

Emperor Angelfish have one of the more unique, and weird, social structures in the fish world. Males live with up to five females for their entire lives. The male leads the group, but if the male dies, one of the female angelfish swaps genders to become male and take over as the leader of the group. Swapping genders is not unique to the angelfish, but using the ability socially is rare in the fish kingdom.

Anglerfish probably have the strangest social structure. The female anglerfish can grow to lengths of over twenty inches while the male rarely grows to two inches in length. However, they mate for life, and the male lives on the female like a parasite. Females continue to grow for most of their lives, but the males shrink as they age.

Several fish species migrate across vast distances to mate, but the salmon is likely the most robust fish that migrates to breed. Somehow, theories vary on how they do it; salmon make their way across thousands of miles of water to the spot they were born at to breed. Tagged salmon often swim over 2,000 miles in about two months to reach their birthplace to breed.

The seahorse is one of the coolest fish in the ocean. They swim upright, and they can swim backward which most fish cannot do except eels. Female seahorses lay eggs in a pouch on the male's stomach, and he carries the eggs until the hatch.

When the eggs are ready to hatch, the male uses his tail to anchor himself to a piece of seaweed and sways with the seaweed until the young hatch and leave the pouch. Seahorses also mate for life.

Some puffer fish contain a deadly toxin called tetrodotoxin that can cause death in minutes in some cases. However, this fish is a delicacy in Japan and eaten regularly. Apparently, the fish tastes so good that Japanese chefs risk their lives the prepare the fish for consumption.

Any chef that wants to prepare this fish must attend a special school and get certified before they are allowed to make the puffer fish for eating.

Most fish species see in color like we do which helps them identify colors nearby they can use as camouflage. Some fish can see parts of the light spectrum humans can't see such as ultraviolet light which helps them in low light situations.
Most fish developed their eyesight based on their environment and needs. Fish that spend their lives in dark water have poor eyesight while tropical fish have excellent vision. The fish in your aquarium can probably see you very well.

Saltwater fish need more water than other fish because of the saltwater. Seawater leeches moisture from the fish, so if they don't drink a lot of water, they can dry out while in the water. However, most saltwater fish have minimal salt in their bodies and don't taste salty unless we add a lot of salt while cooking them. However, shark meat is very salty.

The jaws of most fish are not attached to their skulls which allows them to extend their mouth to help them grab smaller fish for food. Some fish can push their mouth out up to three inches to grab a meal.

Fish don't chew their food because it would stop water from flowing through their gills and they would suffocate, so they swallow their meals whole. Having detached jaws help them with consuming food quickly, and they can consume any fish they can get in their mouth.

Whether you prefer your fish on a plate or in an aquarium, they are indeed interesting creatures. They are amazing when you start learning about them and get some insight into their social lives or migration habits. We hope you learned a few things about the fantastic stuff fish are capable of, and how they evolved to meet the demands of their natural habitats perfectly.