Wild stories litter historical records about dictators. Some of the stories are funny while others are disturbing. Either way, it's always interesting to learn about these people and get some insight into their reasoning. Some of them are colorful characters with a robust history. Many of them hide their private lives and family lives from the public, so getting a glimpse of that part of their world is fascinating.

Kim Jong Un is no exception to the rule. Un and his family have a long history of secrets and funny behavior. It ranges from the rumors that Un’s father, Kim Jong Il, was a superhuman of sorts that never needed to defecate and that a new star was formed in the sky when he was born. Naturally, many of these "facts" are the result of a creative public relations team, but they are fun to read.

We scoured every source we could dig up to find and verify as many amazing facts about Kim Jong Un as possible. Some of these facts are based on news stories or derived from information dispersed by North Korea's official state-run news service. Some of the points were hard to verify because North Korea doesn't release much information about anything inside its borders. 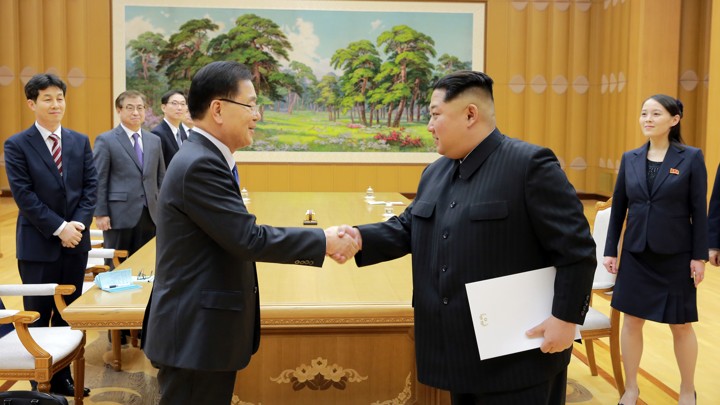 Un wasn’t a scholar. He attended the International School of Berne in Switzerland but failed to pass any classes. He was obsessed with basketball while in Switzerland and remains an avid basketball fan. However, his love for basketball consumed him and ruined his grades.

His father took him out of the school in Switzerland and placed him in a state-run school in North Korea. While in school Un used a fake name, Pak Un.

Students that attended classes or knew Kim Jong Un while he was in Switzerland said he was quiet but friendly. Those closest to Un said he was pretty good at basketball and math but needed a lot more tutoring in most subjects than other students.

The generally accepted reason for his abrupt departure from Switzerland is that his father got tired of paying for him to attend the school and get poor grades. It is rumored his father objected to Un’s love for the American culture and sports.

Based on recent news reports, it's hard to imagine Kim Jong Un having close friends, but he was very close to Joao Micaelo while attending the school at Berne. Micaelo was one of the most significant sources of information on Un before news shared by North Korea's news service. Micaelo described him as mostly normal but said he lived outside the means of most students. He has a private home off campus with a chef, driver, and private tutor.

Possibly the strangest part of Kim Jong Un’s early life was his cosmetic surgeries. It's possible Un had cosmetic surgery to make him look more like his grandfather Kim Il-Sung.

The resemblance is uncanny and based on reports from various news sources, Kim Jong Un’s face changed over the years in unusual ways. It's hard to know for sure since no one knew Un existed until about a year before he became the supreme leader of North Korea.

It is assumed Un is the world’s youngest world leader, but no one can agree on his actual age. Most researchers agree he was probably born in the early 1980s, but no one agrees on which year exactly.

Like we mentioned before, his history is clouded in secrecy, and most news sources and researchers didn't know he existed until shortly before he took over as leader of North Korea, so it's easy to see how his birth year remains a mystery.

Un became obsessed with Swiss cheese while he was in school at Berne in Switzerland. A considerable amount of Swiss cheese is imported to North Korea each year to quell his desires.
When the news about his addiction to cheese broke, many people assumed his girth and strange walk resulted from his love of cheese. However, it's very likely his size is a direct attempt to emulate his grandfather in ways cosmetic surgery couldn't help him achieve.

Un’s hairstyle is trendy across North Korea. Based on what we know currently, the swept back style started with his grandfather. We assume Un’s choice to style his hair in the same fashion is another attempt to emulate his grandfather. We should also note that students across North Korea are encouraged to adopt the same hairstyle as a symbol of their admiration for their supreme leader. 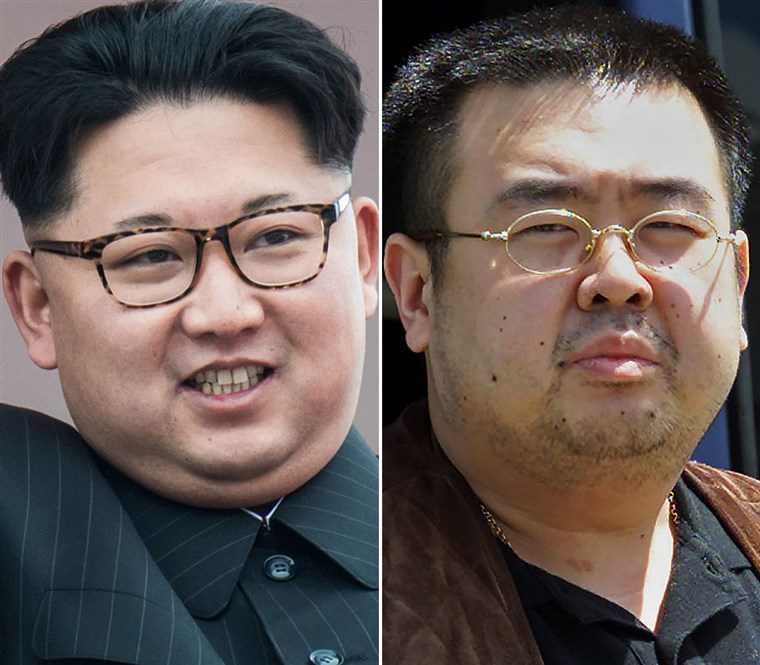 Un has two brothers, Kim Jong-Nam and Kim Jong-Chul, and either of them could have been North Korea’s new supreme leader if they looked more like their grandfather Kim Il-Sung. He also has two sisters, Kim Yo-Jong and Kim Sul-Jong, but we don't know a lot about them. Even photos of his family members are looked at with skepticism because we just don't know if the images are accurate.

In 2012, Kim Jong Un suddenly had a wife, Ri Sol Ju, but we don’t know a lot about her. Like Un, basic information about her is sketchy, but experts think she is around 28 years old. They also believe the couple has three children. We don't have a lot of facts to share about this part of Un’s life, but we do know she exists.

Adding to our list of amazing facts about Kim Jong Un, are several interesting and humorous facts about his time so far as the supreme leader of North Korea. He began his career as a leader by forcing everyone to weep and react hysterically to his father's death.

Anyone unable to produce the tears and actions necessary got training from actors. This fact isn't specific to Un; his father used the same method at previous family member's funerals.
He is currently a four-star general in the North Korean Army, but no records exist to verify his military experience. Most experts on North Korea agree that he was never in the military and the title is just an honorary title or a formality of his position as the supreme leader. Experts believe he uses advisors to help him make most military decisions.

Questionable decisions litter his time as a leader despite his use of advisors. Un had his uncle, Jang Song Thaek, executed for trying to overthrow the state. The details of the execution remain a mystery, but reports say dogs were used to finish the job. Un had his aunt executed as well because she was outspoken about his displeasure with Un after he killed her husband.

We talked about Un’s cosmetic surgery and efforts to emulate the appearance of his grandfather Kim Il-Sung, but it gets weirder than that when you find out why Un was chosen to lead the country. Un has four siblings we know of including two brothers older than Un.

His brothers were skipped over for the position of supreme leader because they did not resemble their grandfather. That's right; Un got his job because he merely looked like a previous dictator. Sounds like a movie plot, right?

Dictators have a long history of brutal acts on their list of atrocities. The worst phase for any dictatorship is the period right after a new leader takes power. Public executions of anyone deemed a threat, whether they are a threat or not, are usually the first steps.

Besides having his aunt and uncle executed, Un carried out some unique executions from firing squads to mortars. Yes, mortars were used to kill Kim Chol, North Korea’s deputy minister of defense.

Reports say Chol disrespected Un’s father by being drunk at a time of mourning. Un ordered every trace of Chol erased down to his hair. Chol was left on a mortar training range and pummeled by mortar rounds until nothing remained of Chol. Over the next few years, Un executed a few hundred perceived enemies of the state.

Before Kim Jong Un’s rise to power, his father and grandfather practiced similar methods of control. Reports of developers bulldozing land and uncovering mass graves are not unheard of, and many of these rumors were later verified by South Korea.

He executed people for things ranging from owning a Bible to merely dreaming the wrong dreams. We assume they meant metaphorically of course.

Plenty of interesting and amazing facts about Kim Jong Un exist. What we know about his life before he became the supreme leader of North Korea sounds like the life of a child with wealthy parents. He went to an expensive school, lived off campus, and enjoyed costly perks. He loved basketball and Swiss cheese, and he made friends.

The facts around his life after he became the supreme leader took a dark turn, but it seems he inherited his leadership style from his father and grandfather. We call our list of amazing facts about Kim Jong Un because the facts and the events around them are fascinating to us. He is an interesting character both before and after he became a world leader.