15 Amazing Ghost Towns You Have To See: Things That Make Them Eerie

15 Amazing Ghost Towns You Have to See

In the past and through modern times, towns often sprung up near resources. You’ve seen movies about old west mining towns built near a silver mine, or logging towns thriving around a lumber mill. Without modern transportation, the logical option for companies harvesting natural resources was building a town at the site of the harvest.

We use logging and mining only as examples. Cities and towns, like Las Vegas, were built for other reasons as well. Vegas managed to stay alive, but many towns developed around a natural resource, or for whatever reason, were abandoned after the supply dried up. Gold mines and forests eventually ran out of gold or wood, and the people migrated to a new town.

Many of these towns are still around today, and some remain preserved just for tourists. We’ve put together a list of 15 amazing ghost towns you have to see to help you find these destinations without wasting hours sifting through fake ghost towns online. Most are listed as historical sites in their state or part of a national park, so check their websites for more details or help planning a trip.

Bodie was a thriving gold mining town in the late nineteenth century. When the gold mine was played out, residents moved on to seek their fortunes elsewhere. It doesn’t seem impressive at first, but Bodie is almost a blueprint for what Hollywood depicts as a mining or old west town.

The history of Bodie contains everything from shootouts and fights in the streets to hideouts for outlaws. At one point over 10,000 people called Bodie home. 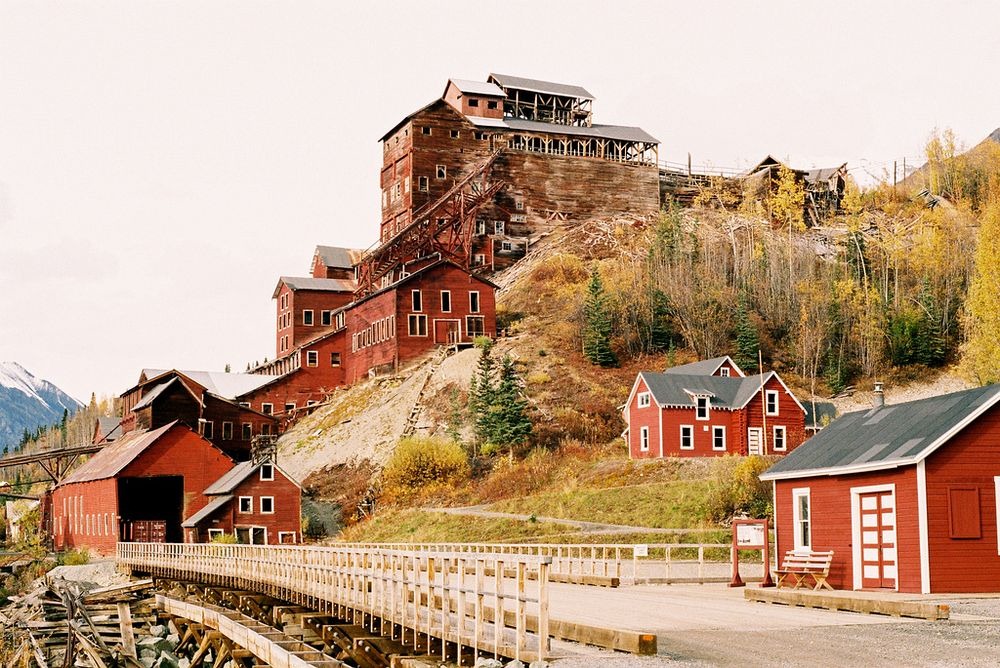 Kennicott is at the end of a dirt road that is 60-miles long. When the copper mine was tapped out in the 1930s, the town died out with it. At one time, this mining town had a hospital, a school, skating rink, and many other things you expect to see in many modern cities.

The town and the area around it are dangerous if you aren’t familiar with the town. The state recommends taking one of the guided tours if you plan to visit Kennicott. 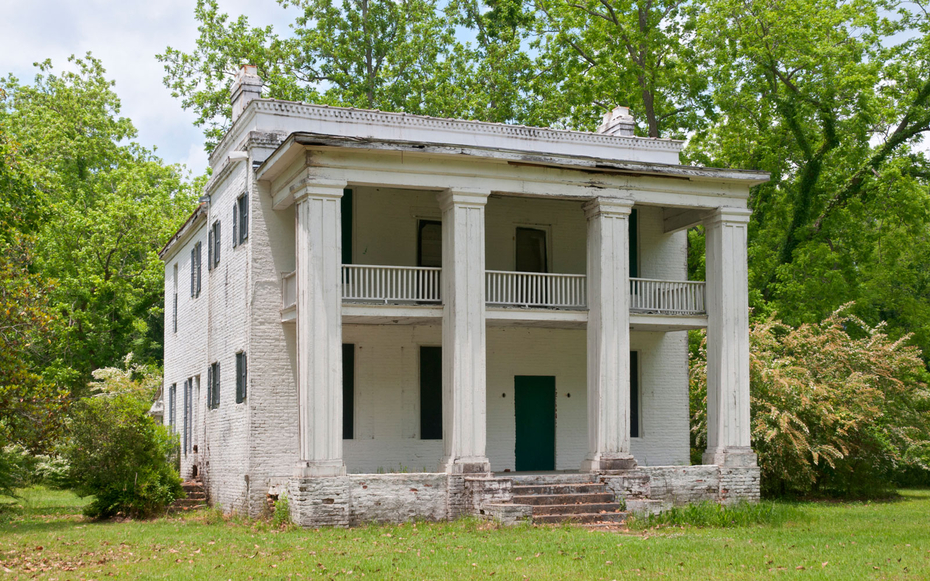 For about seven years, Cahawba was the capital of the state of Alabama. It thrived as a river town until after the Civil War. After the people left, nature began its work to reclaim the land where Cahawba stood. The Alabama Historical Commission is currently working with historians and archaeologists to restore Cahawba.

Calico gives us a glimpse into what the world looked like for miners in the late 1800s. During what amounted to the most significant silver find in history, Calico grew into a town that produced over twenty million dollars in silver in a little over a decade. Some of the town is restored to its original state while other portions remain a work in progress.

Rhyolite is just northeast of Death Valley National Park. That’s not our idea of a great place to live, but at its founding Rhyolite was part of a gold rush that at one time consisted of more than 2,000 claims. After a massive gold discovery nearby, the town grew at a fantastic pace.

In less than five years, from 1904 to around 1907, Rhyolite grew to include a school, hospital, stock exchange, and an ice plant. However, by 1920 the town was practically abandoned because the mine closed, and the gold was gone.

St. Elmo was once a booming mining town. From around 1870 to 1930, the town grew to include a school, railroad depot, telegraph office, a dance hall, and a hotel. The mining dwindled, and the railroad closed around 1930, so the town was abandoned over the next few years. Today, you can shop in the restored general store, but check the website for seasonal business hours.

Locally known as the Thurmond Depot, Thurmond was a coal town in the late 1800s. The depot at this once favorite stop along the railway is now a museum. Some don’t consider it an authentic ghost town because a handful of people still live there.

However, you can take a census of the entire city on one hand. This town caught our interest because in 2005 six of the seven residents competed for the same public office. Take a moment and imagine the campaign that took place during that election. 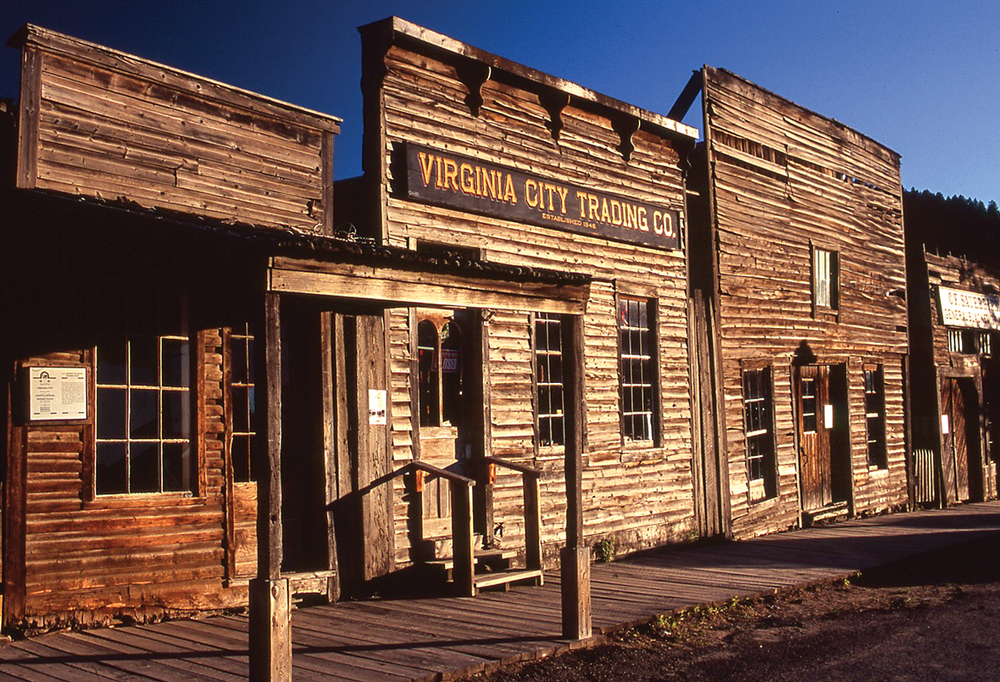 Another town grown from a gold rush, this town once boasted a population of over ten thousand souls. Among those was Calamity Jane, a famous female shootist of the era. At one point this budding town was the capital of the Montana territory.

It’s debated heavily, but the town lost its capital status because the gold ran out, or they decided naming your capital after another state might be in poor taste. Today, this gold rush town is frozen in time and a popular tourist attraction.

Glenrio straddles the Texas and New Mexico Border on the infamous Route 66. Interstate 40 was built during the 1970s and bypassed Glenrio. The town dried up and was deserted soon after the interstate was completed.

The town is mostly still standing today, but no one maintains the buildings, and some are listed as dangerous or unstable. In 1939, the film crew working on The Grapes of Wrath filmed in Glenrio. It’s worth the extra time to avoid the interstate and drive through this little piece of history. 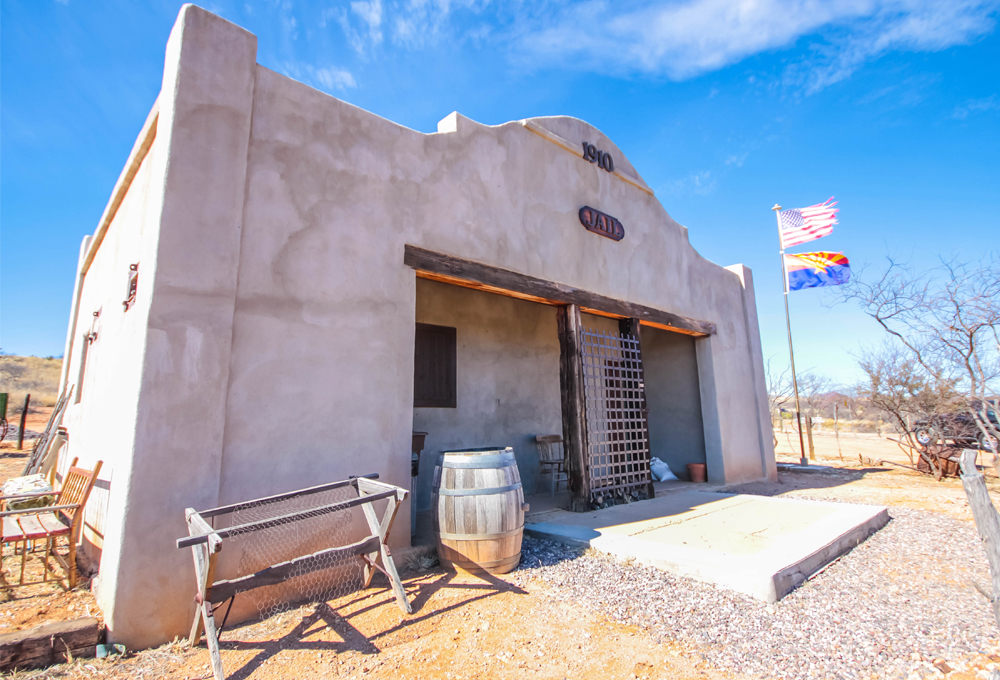 Technically, Courtland is part of a trio of small ghost towns in Arizona consisting of Pearce, Gleeson, and Courtland Arizona. We chose to focus on Courtland because its history is much more vibrant than the other two towns.

Most of what remains of Courtland, and the other two cities, is located on private land now. The are several cemeteries worth a visit plus the jail. Before the construction of the jail, criminals found themselves tied to a tree, and that tree is still there. Pancho Villa is rumored to have fought in the area.

Centralia: The Rise And Fall Of Pennsylvania's Most Notorious Town
Buy on Amazon

Centralia was abandoned for a very different reason than most of the towns on our list. They built the town over abandoned coal mines. Sometime in 1962, an unknown arsonist started a fire in one of the coal mines, and the fire is still burning today.

There’s no way to put out the fire, and it could continue to burn for centuries. Sinkholes and toxic gases created by the fire drove most residents to abandon Centralia. Despite these hazards, a few people still live in the area.

GUTS, FEATHERS AND ALL: Stories of Hard Work and Good Times on Swan's Island, Maine
Buy on Amazon

We like to call this town an occasional ghost town. At a few points in its history, it was completely abandoned or had less than one hundred residents. Today a few people live and work on the island.

The settlement that spawned Swan Island was founded in the early 1700s and was a layover spot for Benedict Arnold when he was on the way to attack Quebec. Swan Island is worth a visit for the history and the ferry ride to the island.

Most people agree that this town was little more than a marketing ploy that failed. Built in the 1930s, the town included the usual things we expect to find in a town from hotels to shops, but there was an added feature the developers hoped would sell more local real estate.

Everything in Santa Claus had a Christmas theme, and you could talk to Santa himself year-round. The remaining parts of the town have been for sale since 1983, but we suggest touring the site instead of buying it.

Possibly the creepiest town on our list of 15 amazing ghost towns you have to see, Dogtown was informally founded in 1693.

Historians agree the town’s name came from either the harsh living conditions or the dogs women kept for protection while their husbands fought in the American Revolutionary War. Rumors about the town included everything from cannibalism to witches. Prepare for a hike if you want to see what’s left of Dogtown.

This former gold mining town is slowly turning into a living museum. There is more to see in this town than any other town on our list. Much of the town is part of a restoration project designed to keep the historical value of the buildings untarnished, but some modern conveniences were necessary. It’s fun to dine in 1890’s style or watch a mostly accurate old west gunfight in the streets.

Our list of 15 amazing ghost towns you have to see has something for everyone. If you’re looking for real history, it’s on this list. We’ve all been to tourist towns built around the idea of emulating an experience from bygone years.

Actual ghost towns are another experience altogether. To know you are standing on the ground or in a building that was once occupied by famous historical figures or just hard-working miners is an experience you don’t want to miss.