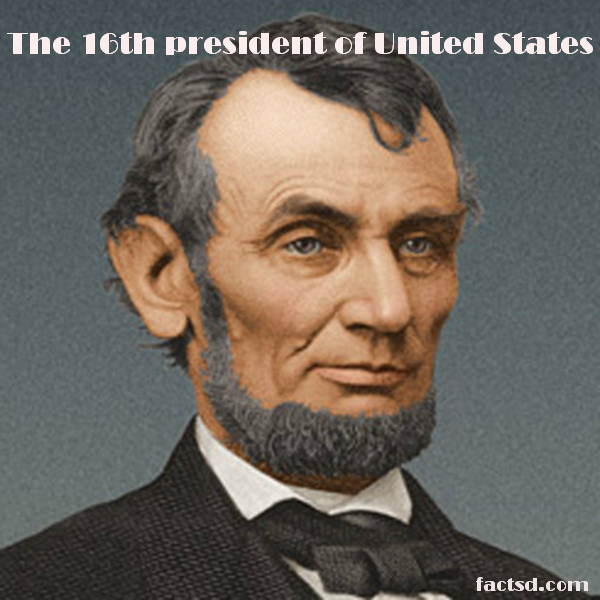 Abraham Lincoln facts: Interesting facts about Abraham Lincoln that will surprise you. Abraham Lincoln is both the most criticized as well as the most cherished President of United States. He is one of the great figures in American History.  Expand your knowledge and witness Lincoln’s legacy with these surprising and amazing facts.

Abraham Lincoln was the 16th president of the United States, serving from March 1861 until his assassination in April 1865.

Lincoln was born on Feb 12, 1809, in Kentucky; he was professionally successful in Illinois. He worked several jobs before being elected – general store owner, military, postmaster and lawyer among them. He grew up poor.

Abraham Lincoln once claimed, “Women are the only things that cannot hurt me than I am afraid of.”

Lincoln didn’t have a middle name. He went through his life with two names.

Lincoln was a big animal lover, he wouldn’t hunt or fish

Abraham Lincoln practiced law without an official degree. He had about 18 months of formal schooling

Everyone thought Abraham Lincoln was ugly, including himself. Once when was accused of being “two-faced,” he replied, “if I had two faces, why would I be wearing this one?”