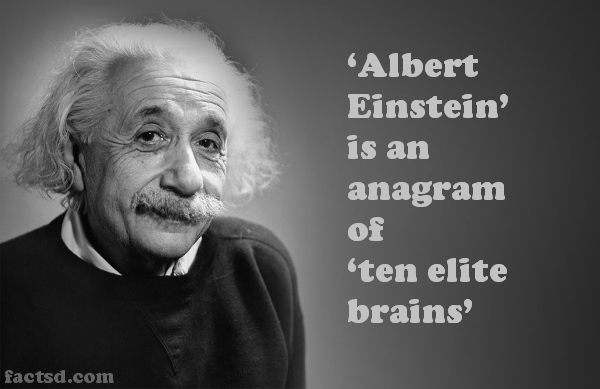 Einstein never visited lab, he worked all his theories either in his head or on paper at his desk.

Albert Einstein was featured on a 5 Lirot note of Israel in 1968.

Einstein was on the assassination list of Nazis, a $5,000 prize was put on his head.

Einstein’s intellectual development made the word ‘Einstein’ synonymous with ‘genius’.

No one knows what Einstein said before dying. He said few words in German but the nurse couldn’t understand.

Albert Einstein discovered that Universe was expanding, but thought it was mistake until the Hubble telescope confirmed it later.

Albert Einstein was against segregation, calling it a disease of white people. He also worked against racism in America.

Einstein published over 300 scientific papers and over 150 non-scientific works.