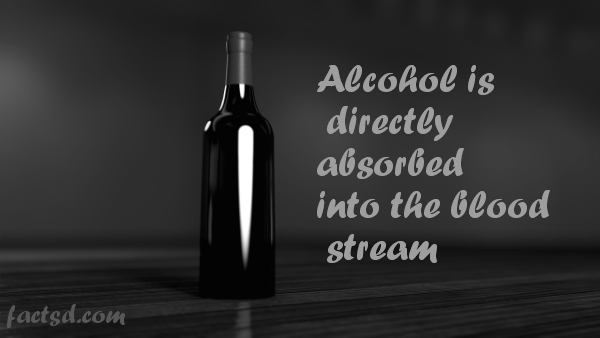 Alcohol facts: Interesting facts about alcohol. Alcohol is one of the most popular drugs not only in adults but also among the young. Since ages alcohol is considered as a perfect drink to celebrate, relax and socialize. But the growing popularity of alcohol among the teens and the adults is alarming. Alcohol not only affects the brain of a teen drinking alcohol but would have grave repercussions.  Let’s learn and spread the awareness regarding the facts about alcohol.

If alcohol is consumed with food, it is absorbed more slowly because it spends a longer time in the stomach.

Alcohol consumption is linked with bigger waists, because now the liver will burn the alcohol consumed instead of fat.

People with blue eyes are found to have higher alcohol tolerance.

Though women absorb alcohol into the bloodstream faster than men but they metabolize it slower than them.

Vomiting is a part of automatic defense system of the body. It is activated to prevent more alcohol from being absorbed.

Dark colored beverages are more likely to cause hangover than the light colored ones.

Women are at a greater risk for long term damage from alcohol than men.

Europe has the highest average alcohol consumption in the world, followed by USA, and Africa.

Brain stem is the last area of the brain that gets affected by alcohol. It controls involuntary reflexes like heart beat, breathing.