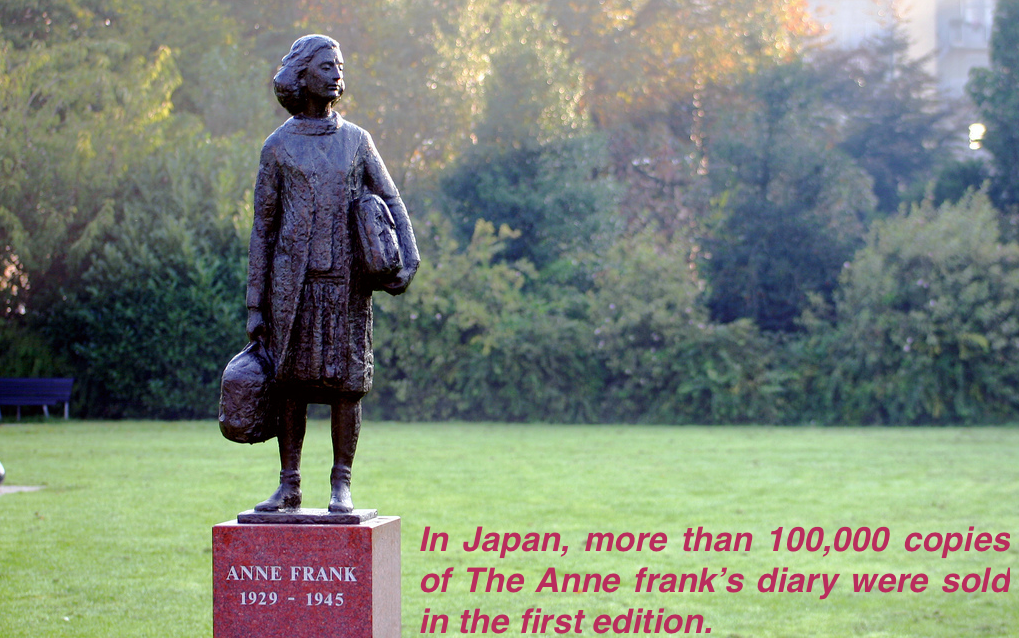 Anne Frank facts – Interesting facts about Anne Frank. It was on her 13th birthday Anne Frank got a Diary from her father as a gift. She was so delighted about the dairy because she always wanted something to be written of all her confined thoughts. So she started writing all her daily events and personal secrets in the diary and thought of preserving it to herself but destiny showed a different path and happens to be the famous book Anne Frank’s Diary. Anne Frank was brought up in German-Jewish Family. When Hitler was dictating Europe, Anne Frank and her family prepared themselves to hide in a secret annex and later on became the victims of the Holocaust. Anne Frank mentioned about segregation, holocaust, discrimination and crimes on Jewish people by the Nazi’s in the concentration camps. Anne Frank detailed every horror in her famous book Anne Frank’s Diary. After the publication of Anne Frank’s Book, the Secret Annex turned into Museum with  millions of visitors each year. Anne Frank’s diary is one of the masterpieces on War crimes. Let’s learn fun facts about Anne Frank.

In 1944, Anne Frank re-edited her dairy for content and language checking.

Anne Frank was inspired to publish her diary, after hearing the speech on radio by Dutch educational minister, Gerrit Bolkestein, addressing to the Jews to preserve their diaries so that the world would know their stories and get redeemed through words.

In Annex, Anne decorated her bedroom walls with inspiration: pictures of dancers, movie stars, and world of art.

Anne Frank’s Diary is been adapted into 67 different languages.

A chestnut tree which Anne Frank mentioned in her dairy lived till 2010 and after which, the saplings of the tree is planted at 11 different locations.

A nut from the Anne Frank’s famous chestnut tree has been sold for 7,000 Euros.

Not only Movies, Musicals, Theatre Plays, even a Comic book & Graphical novel is published on the base of Anne Frank’s diary.

The death of Anne Frank is not mentioned and recorded anywhere. And it is still unknown.

The entrance Door of the Anne Frank’s Secret Annex is covered by a Bookcase shelf, just to deceive the SS troops from noticing it.