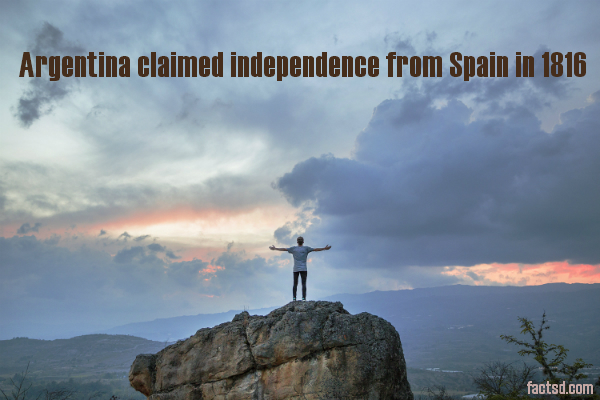 Argentina facts: Interesting facts about Argentina. Argentina is a spectacular tropical country in South America. The country is divided into four major regions – the Andes, the pampas, the north, and Patagonia. Argentina has abundance of natural resources, growing agricultural sector and a booming industrial market. It has a society of highly literate people. Let’s explore fun facts about Argentina.

Children and adults in Argentina travel to home after lunch to take short naps called as siesta.

Argentina currency has changed twice since 1985. It was changed from ‘peso’ to the ‘austral’ in 1985 and then again in 1992, government has introduced the ‘peso argentino’.

Kissing is common in Argentina. They like to greet each other with a kiss on the cheek; it is common in men as well.

40% of Argentina’s workforce is female. Women also hold more than 30% of congressional seats in Argentina.

The third largest producer of beef in the world is Argentina.

The second highest rate of anorexia is found in Argentina, after Japan.

Abortion is illegal in Argentina, except in cases of rape or when the life of the mother is in danger.

Argentina is the leading producer of wine in South America and the sixth largest producer in the world.

Argentina has the largest railway system in Latin America.

In Argentina, to show a car is on sale, you just need to put a plastic bottle on it. Prospective buyers will then call you to inquire more about it.