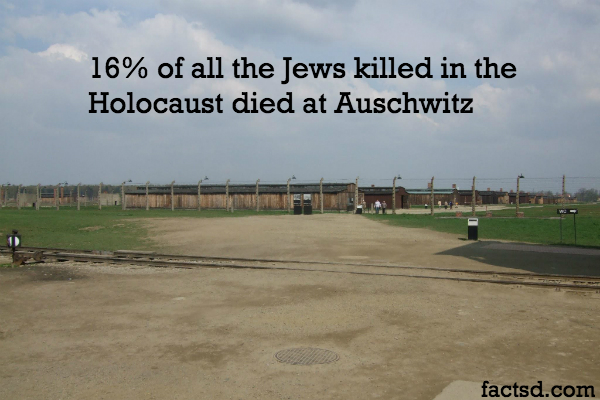 Auschwitz facts: 37 Horrifying facts about Auschwitz. The atrocities of Third Reich were like a moral black hole and sucked every bit of sanity into what was to become a well oiled and perfect killing machine. The world community closed their eyes and ears and let Hitler become a megalomaniac he ultimately become. The West let Hitler grow because he hated communists while Stalin continued to Hob Nob Hitler hoping, Hitler will not attack the Soviet Union because of the Molotov–Ribbentrop Pact. However Hitler had other ideas and the result was World War II. Let’s explore more facts about Auschwitz.

Auschwitz-Birkenau, was the largest concentration camp in Nazi Germany. It could be appropriately called an extermination camp; a tool for what Hitler called the final solution.

The camp was built near the town of Oświęcim in southern Poland and was composed of three camps –a prison camp, an extermination camp and a labor camp.

Besides Jews, some 83,000 Poles constituting the second largest victim group and 19,000 gypsies were also killed in Auschwitz.

In addition to the above Soviet prisoners of war, homosexuals, people with disabilities and prisoners of conscience or religious faith which included a number of Jehovah’s Witnesses were also gassed.

Another interesting piece of Auschwitz facts is that the total number of people who were killed in Auschwitz was greater than the British and American losses combined.

16% of all the Jews killed in the Holocaust died at Auschwitz.

By the time Auschwitz was closed 1.1 million people had died. The camp remained in existence for four and a half years.

When Hitler invaded Poland, a need was felt for a place to hold the Polish political prisoners who started arriving in May 1940.

Auschwitz was chosen because it had it was straddling a Railway junction with 44 parallel tracks across Europe from were Jews were collected to be sent to the extermination camp in what was to become Hitler’s Grand vision which he called “The Final Solution”.

Trains will arrive from far reaches of Europe transporting Jews. This continued till the end of 1944.