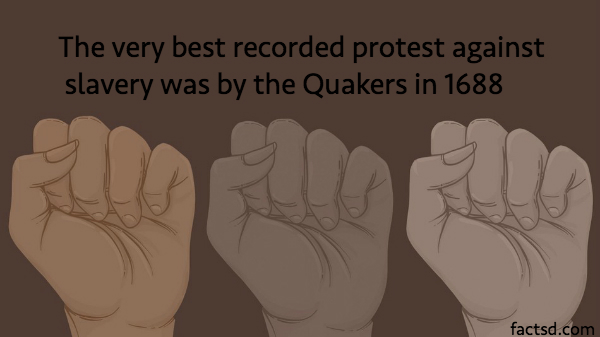 Black History facts: 39 facts about Black History. The Black History Month began in 1915 almost 50 years after the Thirteenth Amendment abolished the practice of slavery in the US. The Association for the Study of Negro Life and History (ASNLH) was formed primarily to make the country aware of the contribution of achievements by black Americans and other peoples of African descent. The event also encourages school and communities too conduct local celebrations.

Black history month was started as “Negro History Week” in 1926. It was the brain child of Carter G. Woodson, a celebrated African American historian, academic, teacher, and publisher and it became a month long celebration in 1976.

February was chosen because the birthdays of Frederick Douglass and Abraham Lincoln fall on that day.

Increasing racial violence against blacks prompted a group of African American leaders joined together to form a new permanent civil rights organization, the National Association for the Advancement of Colored People (NAACP). February 12 1909 was chosen because it was the centennial anniversary oof the birth of Abraham Lincoln.

The first African American to hold the title of World Heavyweight Champion boxing was Jack Johnson. He held the title from 1908 to 1915

In 1855 Langston became the first African Americans ever to be elected to public office in America when he was made Town Clerk.

He was also the great-uncle of Langston Hughes celebrated poet of the Harlem Renaissance.

Thurgood Marshall was appointed by President Lyndon B. Johnson as the first African American to the United States Supreme Court. He remained in the post from 1967 to 1991.

Hiram Rhodes Revels was the first African American Senator and he represented the state of Mississippi from February 1870 to March 1871.

Shirley Chisholm was the first female African American woman elected to the House of Representatives and represented the state of New York in 1968. In 1972 she also became the first female candidate for the post of US President.