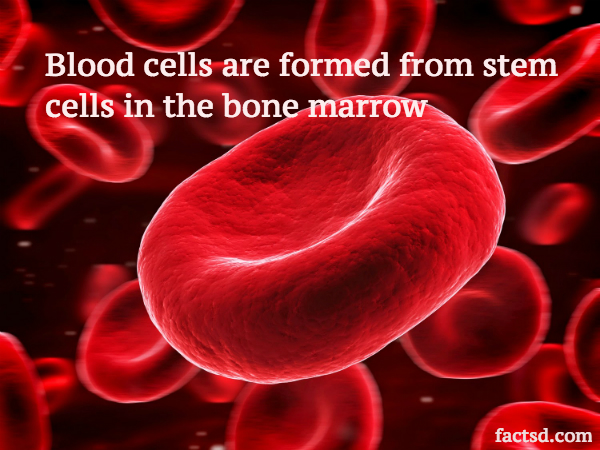 Blood facts – Interesting facts about blood. The blood is a life giving fluid of the body and its importance cannot be taken lightly. Blood is found in humans and most animals, blood is an incredibly important bodily fluid that transports oxygen and various nutrients to our body’s cells.

The blood is composed of RBC, WBC, Platelets floating in a fluid known as plasma.

Blood accounts for 8% of our body weight and contains a large numbers off minerals.

An average human body contains 1.325 gallon of blood. A major part of the blood is composed of plasma.

Blood contains 55% plasma, 40% RBC and 4% platelets and 1% WBC. Among all the WBC floating in plasma, neutrophils are the most abundant.

The blood float in a yellow colored fluid which is known as plasma which is composed 90% water, nutrients, salts, gases , amino acids, sugar and hormones.

The cells floating in the blood can be separated by centrifugation.

Everyone knows that WBC is important for the immune system of the body. However it also plays a vital role in pregnancy and is important for the embryo implantation. Lower macrophage levels in the body results in reduced progesterone hormone which is necessary for the maintenance of pregnancy.