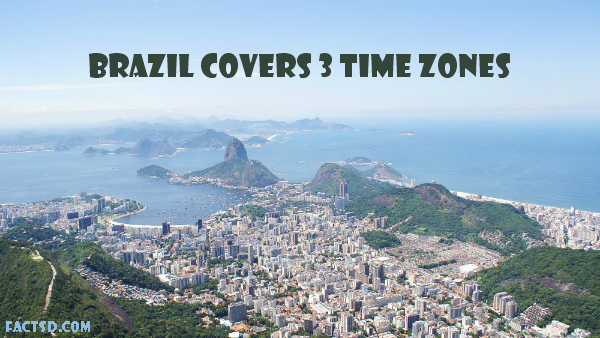 Brazil facts: Interesting facts about Brazil. Brazil is one of the most culturally, geographically and ecologically diverse countries on Earth. It is the largest country in South America. Brazil is not only abundant in flora and fauna but also rich in natural resources such as iron ore, gold, manganese etc. Brazil has beautiful landscapes, gorgeous beaches and is also home to major portion of Amazon rainforest. Let’s explore more facts about Brazil.

Nearly 4 million slaves were taken from Africa to Brazil, about 40% of all the total slaves brought to the Americas.

It is mandatory to vote in Brazil.

Brazil is the second largest consumer of cocaine in the world.

There is an island called “Snake Island” off the shore of Brazil, where there are between 1 to 5 snakes per square meter.

Salvador is the biggest African City outside Africa, with 82% of its population tracing their ancestry back to the days of slavery.

In Brazil, it is illegal to cut down a Brazil nut tree.

In 2006, Brazil became energy independent, prior to that it had imported oil as a primary source of energy.

Brazil is the world’s largest producer, exporter and consumer of coffee.

Brazil has the biggest armed forces in Latin America.