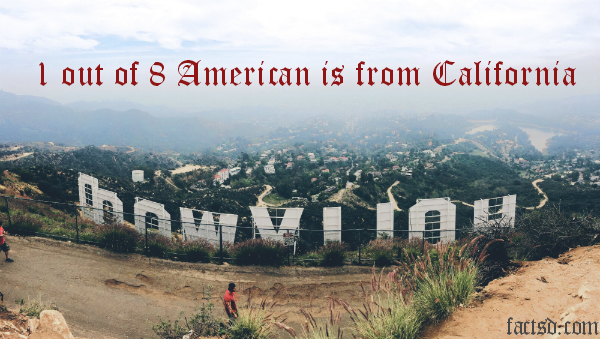 California facts: Interesting facts about California. California is the America’s third largest state and it is also the only state with the largest sea coast. During the 20th century, the population growth of California outpaced population growth of the entire nation. The climate, nature’s beauty, good reputation and economic opportunities attracted many people. In the 1920’s oil was discovered at Los Angeles Basin, and California became the largest producer of crude oil. Just during this decade from 1920 to 1930 the population of California more than doubled reaching 2,208,492. In 1940 there were more movie theaters than banks in U.S. and mostly all the films were the products of California. During World War 2, California has expanded in military and aircraft’s installations attracting many new residents and has also grown rapidly during the postwar period. It is believed that California will be the most populated state by the year 2025.

30% of California’s forest firefighters are prisoners.

27% of the California populations are foreign born.

Molesting butterflies can impose you a fine of $500 in Monterey, California.

Los Angeles in California is the second most populous city of the U.S.

The top five most polluted cities of U.S are from California.

California has the largest economy in U.S.

Out of 10, the 8 highest unemployed cities are from California.

California holds the most diverse environmental conditions on Earth.