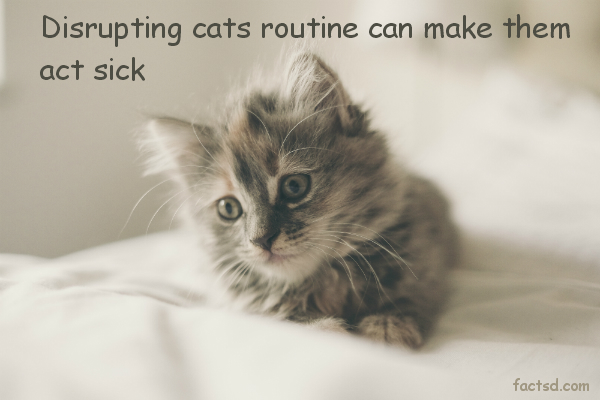 Cat facts: facts about cats that you probably didn’t know. Cats are cute adorable creatures, their sheer innocence melts millions of hearts making it one of the highly domesticated animals around the world. These astounding cat fats are amazing to read and includes facts that you must have never heard before.

Domesticated cats instinctively don’t want to drink from water bowl next to their food, and therefore seek it out first elsewhere in the house, because in the wild any water next to their kill might be contaminated.

Cats hiss because they’re imitating the threat of a snake. Most species recognize and fear a snake’s hiss, and cats mimic this behavior to avoid physical confrontation. When your cat hisses at you, it is not just mad – its pretending to be an animal that can kill you.

Unlike humans, cats do not need to blink their eyes frequently to keep their eyes lubricated.

Cats respond better to women than to men, probably due to the fact that women’s voices have a higher pitch

Cats have an extra organ that allows them to taste scents on the air, which is why your cat stares at you with her mouth open time and again.

Many cats after a successful hunt for mice or a toy, engage themselves in a tension releasing dance. It builds the cats self esteem and confidence.

Cats respond most readily to the names that end in an “ee” sound.

Owning a cat can reduce the risk of heart attacks and strokes by more than a third, according to a research.

Adult cats mostly meow to communicate with humans. Cats typically will purr, spit or hiss at other cats.

As temperatures rise, so do the number of cats. Cats are known to breed in warm weather, which leads many animal advocates worried about the plight of cats under global warming