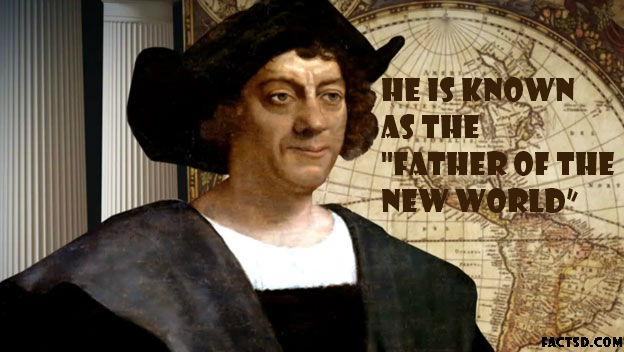 Christopher Columbus discovered the “New World” of the Americas in 1492 on an expedition sponsored by King Ferdinand and Queen Isabella of Spain.

Columbus made a total of four voyages to the New World. His voyages took him to Caribbean Islands, South America and Central America.

Horses were introduced into the New World by Columbus.

Columbus has never set foot on the North American mainland.

Norse Viking Leif Eriksson and not Columbus was the first person to cross the Atlantic Ocean. Eriksson has landed on Newfoundland around 1000 A.D. nearly 5 centuries before Columbus set sail.

Skeleton evidence suggests that syphilis had been brought back to the Old World by Columbus and his crew. As one of the first global diseases, it devastated Europe.

Christopher Columbus has keen interest in bible and in Biblical prophecies and would quote biblical texts in his letters and logs.

Not all Columbus voyages were successful, half of them ended in disaster. In the first voyage in 1492 his ship ran aground and sank. On the fourth voyage his ship rotted and he had to spend a year with his men on Jamaica.