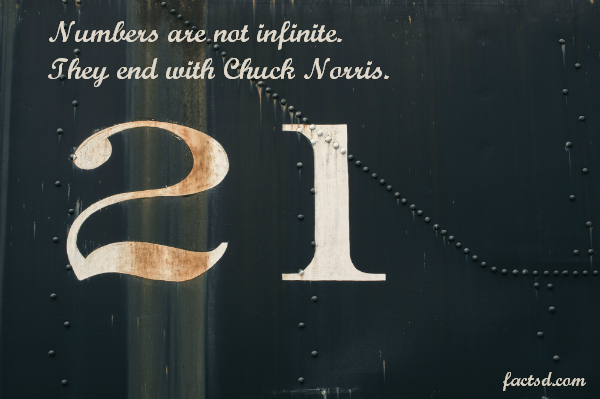 Chuck Norris facts: Interesting and fun facts about Chuck Norris. Chuck Norris known to the world as an action figure with his action films but beside all his Hollywood life there is an earthly life all together to this. Chuck Norris grew up as a tolerable child with no interest in any athletic forms and there a light seems to shine on him and blessed him with unique gifts that has turned him up to be a martial artist, actor and author. His success always seems to run beside him during all his achievements. The man who is highly respectable individual strolled the internet with just a name on the book as a result became internet meme. But apart from this, the person who rolled down the road and achieved something which made him the man who he is….

A bullet proof vest wears Chuck Norris for protection because he is the protector and inspiring millions of people to be like a protector.

Death once had a near-Chuck Norris experience and ran away because of his will power for his life.

Chuck Norris started cheating death and been winning over it ever since he started mastering in his martial arts.

Chuck Norris can speak French in Russian, yes that’s true for him why because he always speaks with his enemies with his martial art skills.

Chuck Norris decides the time in his watch ever since he’s become unbeatable for 183 knockouts.

Chuck Norris can hear sign language through his Chun Kuk Do which shows the universal path for those who can follow it.

Chuck Norris can kill two stones with one bird by only means of his famous Round-House kick which can knock out two guys at once.

Chuck Norris can count to infinity of his wins if he would have been an immortal.

Attacking Chuck Norris will be a suicide unless you decide to lose.

Oxygen needs Chuck Norris to survive because he is irresistible for humans.