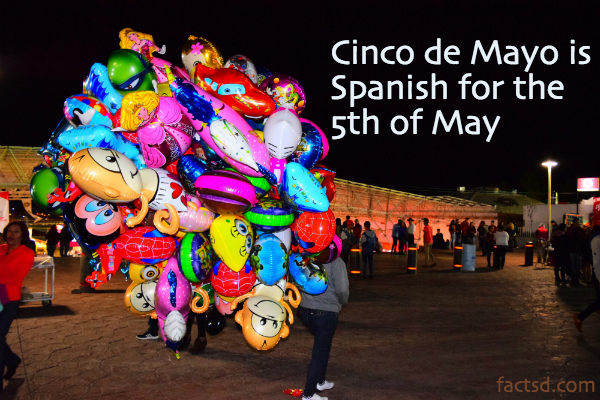 Cinco de Mayo is a commemoration of Mexico’s victory against the French forces in the Battle of Puebla on May 5th, 1862.

Cinco de Mayo is Spanish for the fifth of May.

The odds were heavily against the Mexican army who were heavily outnumbered by the French troops. The victory is seen as redemption of the fierce Mexican pride.

It was a great win where over 500 French soldiers were killed, and the Mexicans suffered only 100 casualties.

Although the Mexican won the battle, they lost the war against the French forces of Napoleon III, then leader of France.

Napoleon III appointed Archduke Maximilian of Austria as the ruler of Mexico.

The French troops were forced to leave Mexico to America 6 years later. Maximilian was executed by firing squad.

US President Abraham Lincoln was sympathetic towards the Mexican cause but was unable to help because of the US Civil War. However, after the end of Civil War, the US-forced France to vacate troops from Mexico.

Maximilian barely spoke any Spanish and soon became highly unpopular among the Mexican populace. He was eventually executed in 1876 by the army loyal to President Benito Juarez.