Civil War Facts – Facts You Should Know About the Civil War 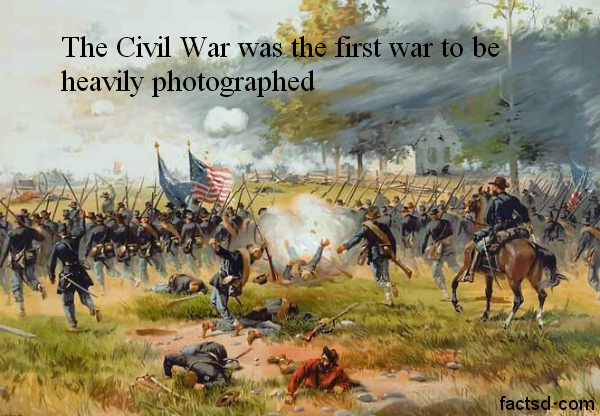 Civil War facts: Interesting facts about the Civil War. The Civil War was fought between the Union and the Confederate States from 1861-1865. The Union states are the Northern States and the Confederated States are the Southern States. The Civil War is also known as “The War Between the States.” The conflict began when Abraham Lincoln became the president of the United States and wanted to end slavery and keep the union together. The Southern States who are pro slavery and unhappy with the presidents intention started seceding from the Union, a total of seven states seceded by 1861. However, the war began when Confederates bombarded the Union soldiers at Fort Sumter, South Carolina on April 12, 1861. The Civil War is the deadliest war in the American History and has taken the largest number of lives than in any other war. Let’s dig onto some of the interesting facts about Civil War.

The Civil War was fought between the Northern and the Southern states from 1861-1865.

Among the 34 U.S. states in January 1861, 7 Southern slave states declared secession from the U.S. individually and formed the Confederate States of America.

The Confederate States grew to 11 states, where it claimed two more states and several western territories.

Confederates and Union soldiers battled twice in Manassas, Va., the battles are known as the first and the second Battles of Bull Run. The Confederates won both the battles.

Union Victories at Gettysburg and Vicksburg in 1863 was the turning point in the war.

Two new states were created during the Civil War, namely West Virginia and Nevada, and both supported the Union.

The Civil War was the first war to be heavily photographed.

In 1865, the Union defeated the Confederate States and abolished slavery nation-wide.