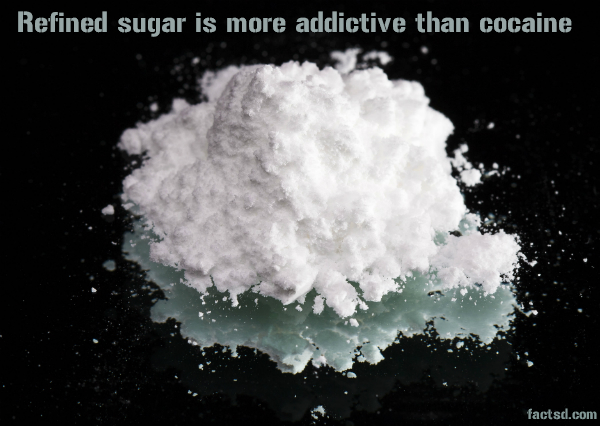 Cocaine facts: Interesting facts about cocaine. Cocaine is a stimulant which is mostly used as a recreational drug. It is a powerful, highly addictive, nervous system stimulant that has a direct access to the brains pleasure center. After marijuana, cocaine is the second most commonly abused drug in the United States. Cocaine disrupts the system that regulates mood, pleasure and survival drive. It can be found in fine white powder form, bitter to taste, but when inhaled or injected, it causes a numbing effect. Cocaine is euphoric that increases energy, reduces fatigue and heightens mental alertness. It affects the brain and nervous system immediately upon its intake. Cocaine causes a short-lived high that is followed by depression, agitation, anxiety, edginess and craving for more of the drug. People who use it can’t eat and sleep properly. It increases the risk of heart attack, seizure or respiratory failure, stroke. It can be smoked, snorted or injected. Cocaine is nothing to mess around with!

Cocaine is extracted from the leaves of the Erythroxylon coca bush, which is indigenous to the Andean highlands of South America.

Cocaine usage in long run can reduce one’s sense of smell. This is called Anosmia.

Men tend to feel the after effects of cocaine more quickly than women.

Cocaine when smoked from a crack or in crystalline form, addiction tends to develop more quickly.

500 kilos of coca leaves is required to produce 1 kilo of cocaine.

As the person becomes addicted, more of cocaine is needed to derive the same results.

Cocaine with other drugs or alcohol is extremely dangerous and can lead to sudden death.

Cocaine intake increases the probability of having a heart attack within the hour by 2,400%.

Coca-Cola soft drink originally contained nearly 9 mg of cocaine per serving, and that was combined with caffeine to create the drinks powerful stimulating effects. In 1903, cocaine was removed from the drink; however a cocaine-free version of coca lead is still used as flavor additive in the soda.