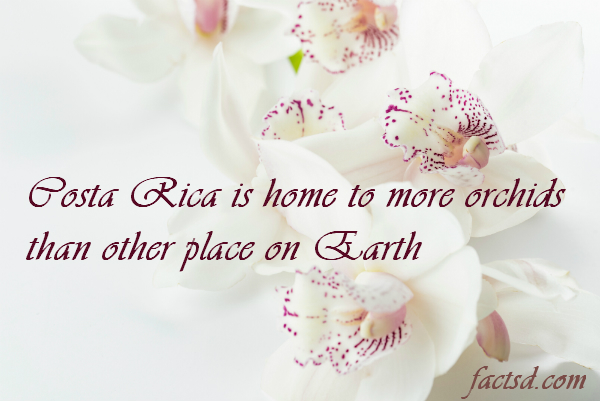 Tourism is the leading industry in Costa Rica, attracting over 2 million visitors each year.

$10 per day is the average wage of laborer, the highest in Central America.

Costa Rica has no armed forces; they have abolished it in 1949.

Costa Rica became the first country in the world to default on its loans in 1981.

Every Costa Rican radio station plays the national anthem every morning at 7 am.

Costa Rica became the first country in the Americas to ban recreational hunting in 2012.

The sun rises and sets at the same time every day throughout the year, due to its close proximity to equator.

Costa Rica unlike the rest of Central America never fought for independence from Spain.

Costa Rica is the longest standing democracy in Central America.