The National Flag of Cuba

How much do you know about Cuba? You probably know that it is an island country. Mambo is its leader, and that they produce fine cigars. You will be definitely amazed by these Cuba facts.
You might also know that they primarily speak Spanish or be able to identify their flag. This place has dozens of fascinating facts that might surprise you.
For instance, did you know that the country has a 99.8% literacy rate?
Have you ever considered visiting the island? Or, simply fascinated by it? Take a look at these interesting Cuba facts. 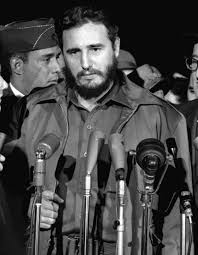 The state runs the majority of the labor force. It controls multiple aspects of the business within the country.

Upon its start, the state relied heavily on aid from the Soviet Union.

The Soviet Union stabilized its economy but has since moved towards self-employment (roughly 476,000 Cubans registered as self-employed) and independent currency.

On Exports and Supplies

It should come as no surprise that two of their main exports are coffee and citrus fruits given their tropical climate. But, did you know that they are also one of the largest exporters of medical supplies and fish?
Their universal health care system has allowed the medical community to make significant contributions to world health.
In fact, Cuba has the highest doctor to patient ratio in the entire world. Many of which are sent overseas to help other countries in need. Despite its small size, the island has over 70,000 qualified doctors.

Cuba facts are getting interesting

You might be familiar with the import ban on Cuban goods if you live in the United States. Those sanctions led to an influx of classic cars from the early 1950’s on the streets of the island.
Since 2011, however, the ban has been gradually lifted, and the people are buying modern vehicles once again.
The people of Cuba are dancers by their very nature, having invented the Mambo, Cha Cha, and Bolero.
They also value education. They required every child, ages 6 through 15 to attend school. They must wear uniforms that color-coordinate with their grade level.

The people, much like Castro, are enormous baseball fans. To this day, it remains the country’s most popular sport with boxing coming in at a close second.
In 2008, Fidel stepped down from power in 2008. His younger brother Raul assumed the position.
Nonetheless, Cuba remains a mostly communist-totalitarian state. The government controls all media broadcasts. It also prohibits private media ownership from television to radio.
It also owns several aspects of daily life including internet access. Only 5% of citizens having open access to the world wide web.

When it comes to the Caribbean, Cuba is the largest country regarding population. It has only 90 miles of ocean between their shores and the southern tip of Florida.
Majority of the individuals live in the mainland. But, the fact is it is actually made up of over 4,000 islands and cays reaching across the Caribbean.
Outside of the city lies vast fields, beaches, and tropical forest. The government protects these lands preserving their natural beauty for generations to come.
Cuba regulated roughly 4-6% of its tobacco plantations and coffee bean fields.
The island’s tropical climate gives way to both a dry and rainy season. November to April sees very little rainfall, while May to October can hold downpours.

Natives often call the island El Caiman or El Crocodilo, which is Spanish for alligator. If you look at Cuba on a map, it kind of does look like an alligator or crocodile.

Here’s a fun Cuba fact: the smallest bird in the world resides right on the island called the Bee Hummingbird. It is only two inches in length.

There are over 350 species of birds altogether, some of which are entirely native to the area.
The island is also home to around 7,000 different species of plants. You can only found around half of these species in this country.
The government used many of these plants in agriculture. Since the 90’s, it made an organic industry out of these plants when they could no longer afford pesticide.
Tourists can also keep an eye open for the Manjuari. You can find this prehistoric fish in the waters surrounding Cuba. It is where their ideal habitat resides.
You can found dozens of statues and historical sights throughout Cuba. But one of the most famous is a statue of Mambo erected by Fidel Castro himself.
As it turns out, Castro admired Lennon for being a revolutionary musician.
Moreover, you might already know that Christopher Columbus discovered it back in 1492.
Long before the Castro family’s reign, it was under Spanish control from the date of discovery to 1892.

The original inhabitants of the island were the Ciboney Indians. They migrated from the mainland of South America. The Taino and Guanajatabey tribes were also living here when Spanish explorers arrived. Cuba’s name is thought to be derived from the Taino language.
There was a brief time when the island was controlled by the United States. In 1902, it became an independent nation as the Republic of Cuba.
Since then, it showcased various works of arts and history. It then constructed over 250 museums. The UNESCO World Heritage recognized a total of nine sites.

Famous author Ernest Hemmingway wrote one of his best sellers, For Whom the Bell Tolls, during a trip to Cuba.
It is here that he also helped invent the Daiquiri, perhaps while smoking some of the island’s finest cigars.

While the people of the island celebrate New Year’s Eve, they do so by burning dolls.
It symbolizes forgetting the not so good times of the past and looking forward to what the next year has to offer.
They also celebrate Christmas. But, this tradition did not start until Pope John Paul II visited the country in 1998.
The rich Spanish culture brings with it cultural cuisines, passed down for generations
Even though, chefs and kitchen cook rarely write their recipes down. But, these dishes are committed so profoundly to memory. They have remained staples in the Cuban diet for hundreds of years.
Dishes often center around plantains, black beans, and rice with shredded beef. Pork and onions are also a favorite meal. They are mixed spices like cumin and bay leaves flavoring a multitude of meals.

Some Cuba facts are strange.

Others will have you scratching your head

Hopefully, you’ve found these Cuba facts interesting and eye-opening. The nation is one rich in history and culture, and unlike any currently found today.
Who knew there was so much to know about such a small island country?