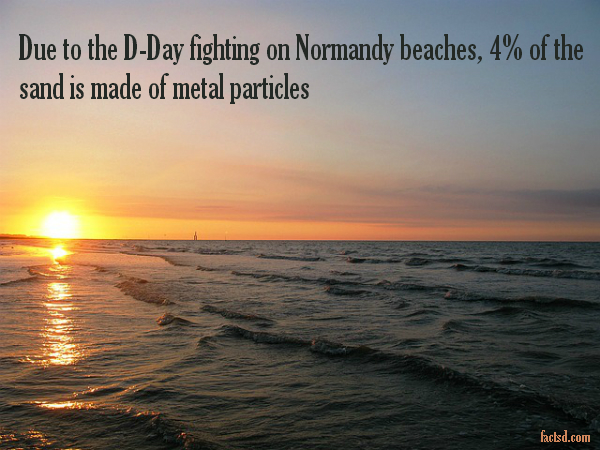 D-Day Facts: Unknown Facts about D-Day. The Word D-Day is the early 1900’s military code used for prescribing a Date for an operation. June 6, 1944 is marked as the D-Day in world history. D-Day invasion took place on Normandy coastline on French soil. The invasion has turned the tourist spot into the biggest bloodiest battle that has ever happened in the history. Since the landings of troopers was going to happen at sea the code name given for the Normandy landings was Operation Neptune as Neptune is known as the Greek God of Sea. The D-Day invasion is part of the major operation known as Operation Overload. D-Day is an attack of Naval, Military, Seaborne and Aerial combat combined. D-Day brought the end of WW2 and also the end of Germans ruling over Europe. D-Day is known for its largest Sea combat in the global history of war. Let’s explore more facts about D-Day.

During the D-Day invasion, the German Jews who escaped from the persecution joined the Allied force in No.10 Commando unit

During D-Day landings, Condoms were used to cover the head of the Rifle from getting wet.

During the D-Day invasion, Penicillin was carried along with the troopers that helped thousands of wounded soldiers.

Germans had fewer casualties on D-Day due to their positions. However, the Germans had no reinforcements to help them retake positions.

On June 6, 1944, 45 Allied divisions with around 3 M men, led by General Eisenhower, began landing on Normandy Beach, in France. Within 3 weeks, Allied troops captured all of the Normandy peninsula and port of Cherbourg. By the end of August, Paris was liberated, and they continued toward Germany.

Until the very last minute, Normandy invasion was the most heavily guarded secret.

In D-Day, D stands for Day in military code and H as Hour, for a time to compete secret combat operation by military forces.

When the D-Day combat forces started its operation, Hitler was asleep and none of the officers dared to wake him up.