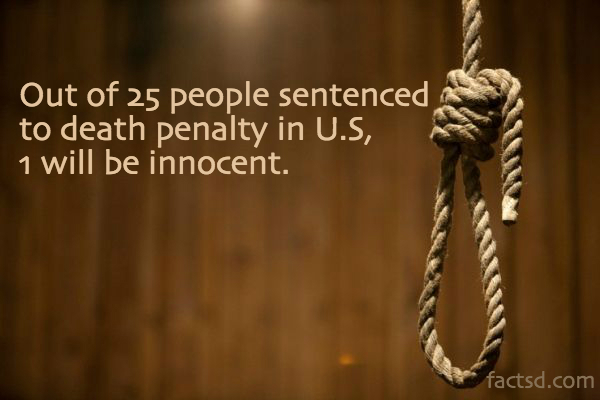 Since 1973 more than 153 people are excused from Death sentence.

The major cause for unlawful conviction is Dishonest and falsified testament given to the verdict.

26 states in the U.S. have had at least 1 death row exoneration.

More than 10 people are executed in spite of doubtful evidence on their guilty verdict.

Texas, Georgia, Florida and Missouri are the four states that conducted 90% of the executions in 2015.

Compared to the past 3 decades, this decade has the least death row exonerations.

In 2005, U.S. revoked the rule of sentencing offenders under 18 with death penalty.

At the end of 2005, the U.S eradicated the death exoneration for the offenders under 18.

In 2002, the U.S eradicated the death exoneration for the offender’s with intellectual disabilities.