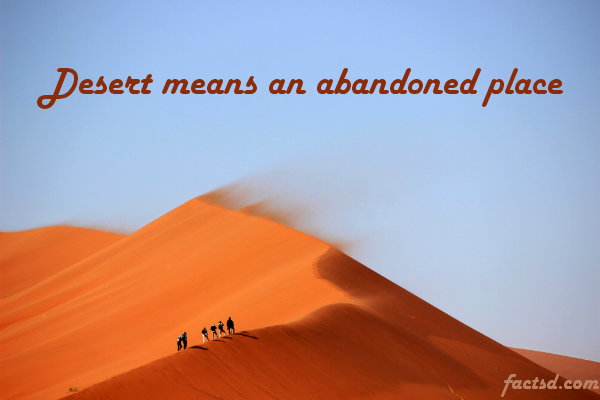 Fun and Interesting Facts About the Desert

Desert facts: Interesting facts about deserts. The Desert biome is an ecosystem that receives minimal rainfall. While the hot, dry deserts of Africa are the most well-known, cold deserts do exist. For instance, Antarctica is the largest desert on Earth. There are four types of deserts namely hot and dry, semiarid, coastal, and cold. Life in a desert is not easy, yet many animals and plants thrive in these extreme conditions. Let’s explore more interesting facts about deserts.

The first on the list of interesting facts about the desert is the fact that the desert can be found in every continent except Europe.

Many desert animals are nocturnal i.e. they sleep during the day and come out at night as the temperatures at night are more tolerable.

Desert is formed when the mountains along the edge of the desert stop the rain from getting there.

As body fat retains heat, most desert animals adapt in such a way that they store all their fat in one area in their body. Camel stores all its body fat in its hump.

If you enjoy fun facts about the desert pay attention to this one: Antarctica is the world’s largest desert.

70% of Australia is classified as semi-arid, arid or desert.

Australia is the driest inhabited continent on Earth.

Atacama Desert is the largest natural supplier of Sodium Nitrate.

One third of the earth surface is covered in deserts.