Dominican Republic Facts: A Country On An Island, In The Sea 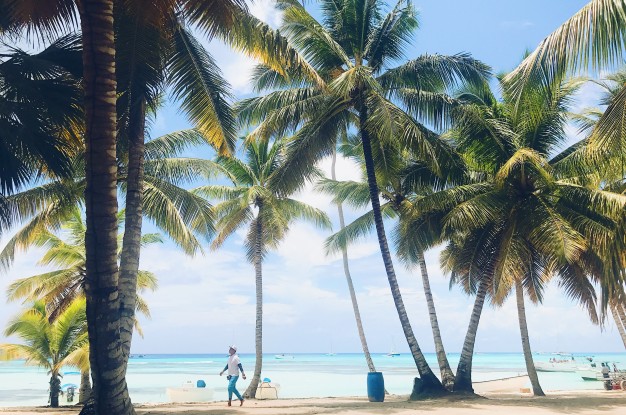 Do you want to learn about a new country? Maybe you just want to listen to some merengue. Either way, you should know some Dominican Republic facts. This rich and diverse island nation is sure to pique your interest.

If you know a bit about a new place or the music you listen to, you'll probably enjoy it more. So if you are planning a trip there, you will definitely want to learn more about it. Be it a vacation or a day at home, we hope you enjoy learning some interesting facts about the Dominican Republic.

Quick Navigation
Dominican Republic Facts Overview
Where It's At
The Dominican Republic, Through It All
Highs and Lows
From All Over
Where are they now?
Say What?
Satisfy Your Sweet Tooth
Get Up and Dance
Your Daily Bread
More Than Meets the Eye 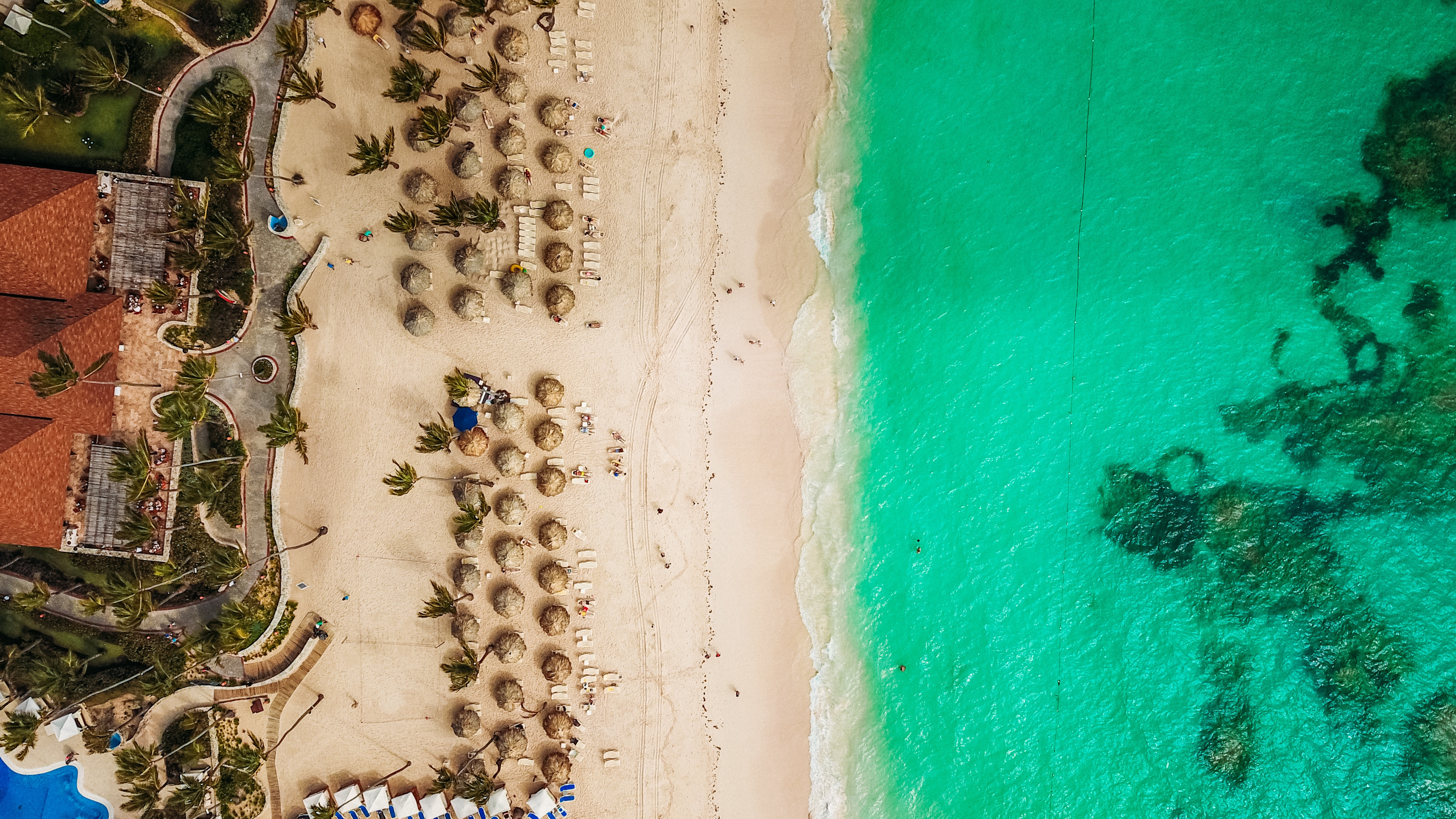 Before we jump into the detailed Dominican Republic facts, let's look at some quick facts about the country.

The capital of the Dominican Republic is Santo Domingo. About 10.6 million people live in the country.

The Dominican Republic is 48,072 square kilometers or about 18,696 square miles. Men can expect to live about 71 years, and women have a life expectancy of 77 years.

Christianity is the most common religion, and the national currency is the Dominican peso. 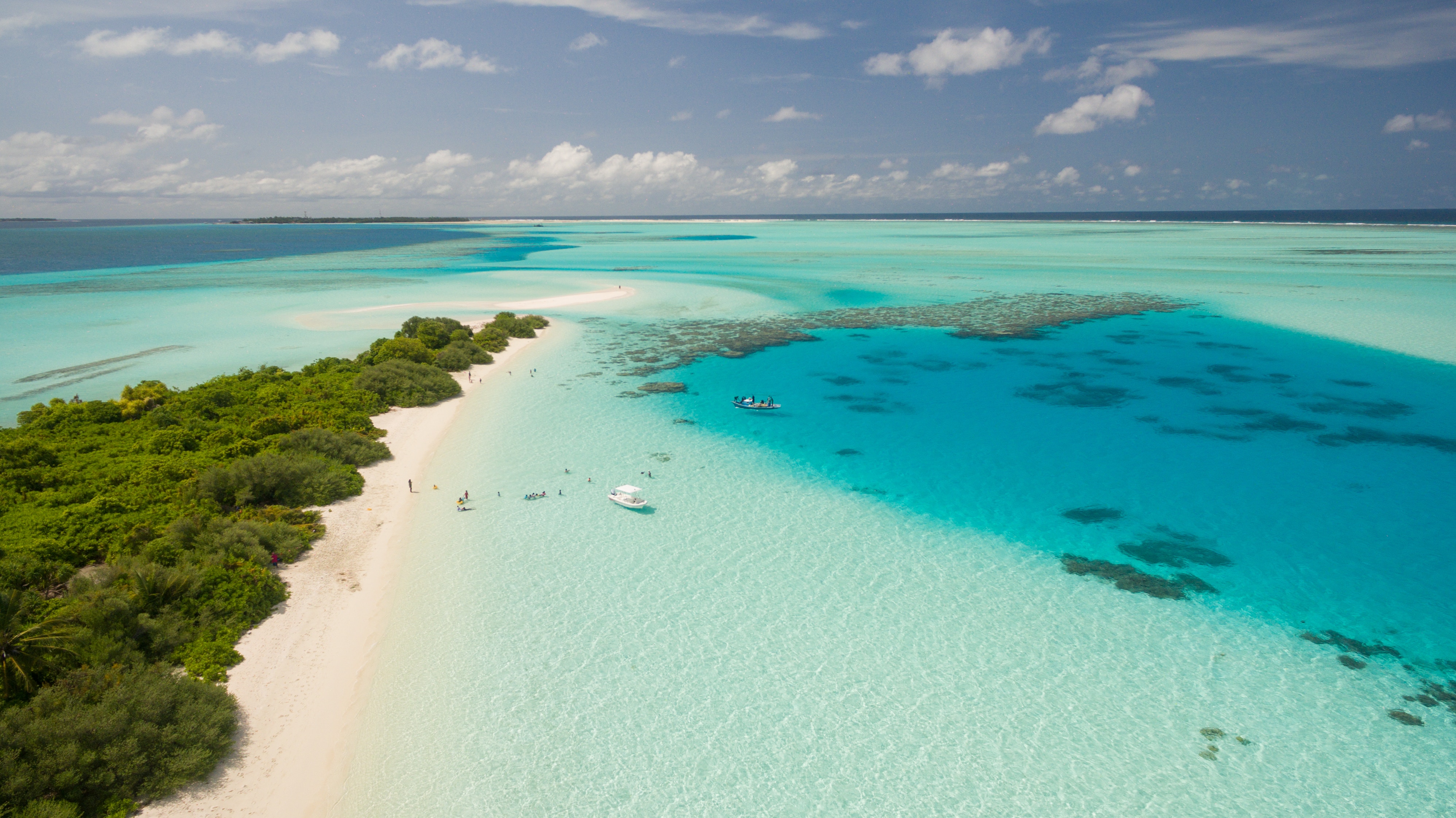 You'll find the Dominican Republic in the east​​ern part of the Caribbean Sea on the island of Hispaniola. The country makes up about two-thirds of the island. Haiti makes up the rest of the island.

To the north, the Dominican Republic actually borders the Atlantic Ocean, and the Caribbean Sea is to the south.

You'll have to travel 300 miles south before you reach Colombia.

The Dominican Republic, Through It All 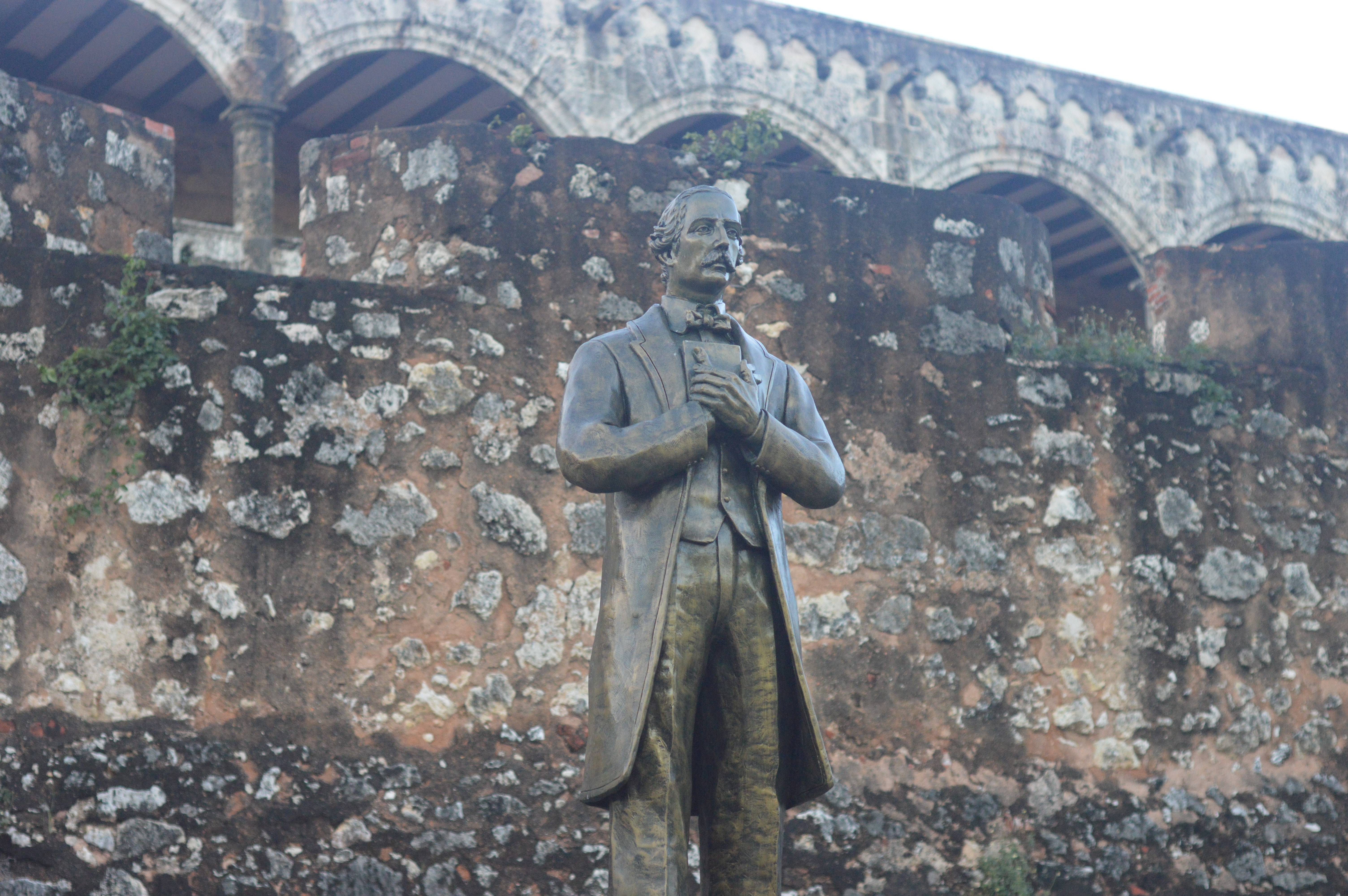 The Dominican Republic has been through a lot over the past few centuries. After Christopher Columbus discovered the island of Hispaniola, European settlement affected the course of history for people there.

Since then, the Dominican Republic has survived military rule multiple times, one of which was a Haitian occupation of the country. The country has also faced military intervention from countries like the United States.

Often considered part of Latin America, the people of the Dominican Republic have also faced civil and ethnic tensions.

However, one of the more positive Dominican Republic facts is that the country has been able to bounce back from all of this. 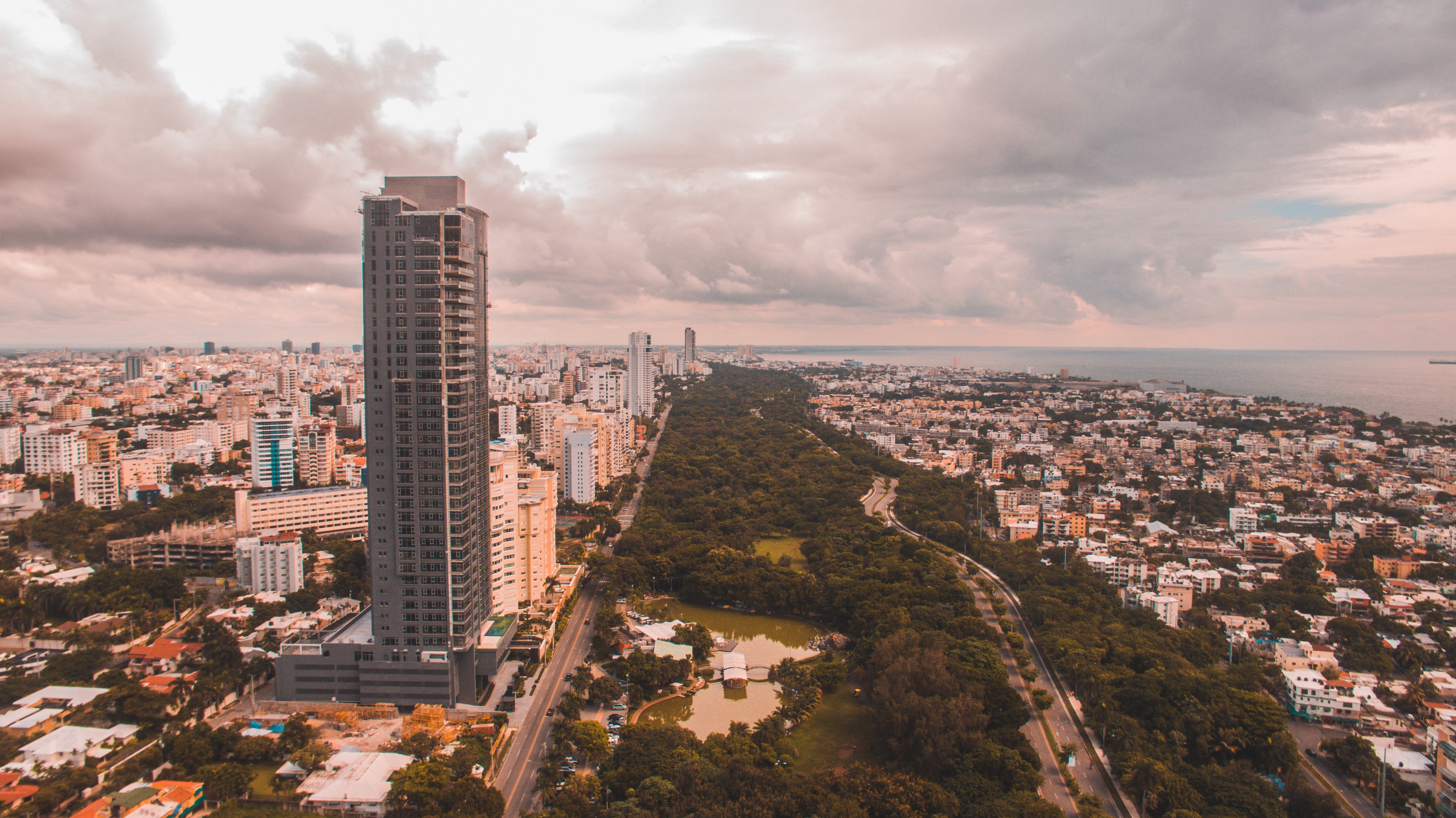 Along with a diverse history, the Dominican Republic has an amazing landscape.

One of the most fascinating Dominican Republic facts is that its highest elevation reaches more than 10,000 feet. The lowest elevation on the island is an incredible 144 feet below sea level.

However, the majority of the country is closer to sea level.

Where you won't see extreme highs and lows is in the temperature.

Being in the Caribbean, the country has an average temperature of 77 degrees Fahrenheit year-round. You'll rarely experience temperatures above 90 degrees. Similarly, you won't experience colder temperatures.

The Dominican Republic has seen some devastating hurricanes because of its location in the Caribbean.

Like much of the Western Hemisphere, people in the Dominican Republic come from all over the world. Some Dominicans have European ancestors whereas other people trace their lineage through Africa.

Because of colonization and the slave trade, much of the population is mixed race. In the Dominican Republic many terms are used to describe the incredible diversity, such as moreno, canelo, Indian, indiesito, blanquito, and rubio. You may also hear archaic terms for mixed-race people.

Primarily white people live in the southeastern part of the country where you can find ranches and farms.

The Dominican Republic also has a growing population of Haitians and immigrants from other countries in the Caribbean.

One of the more depressing Dominican Republic facts is the effect colonization had on native people. Because of European settlement, few if any Taino people survived.

On the bright side, Taino culture lives on through music and culture in the Dominican Republic.

Where Are They Now? 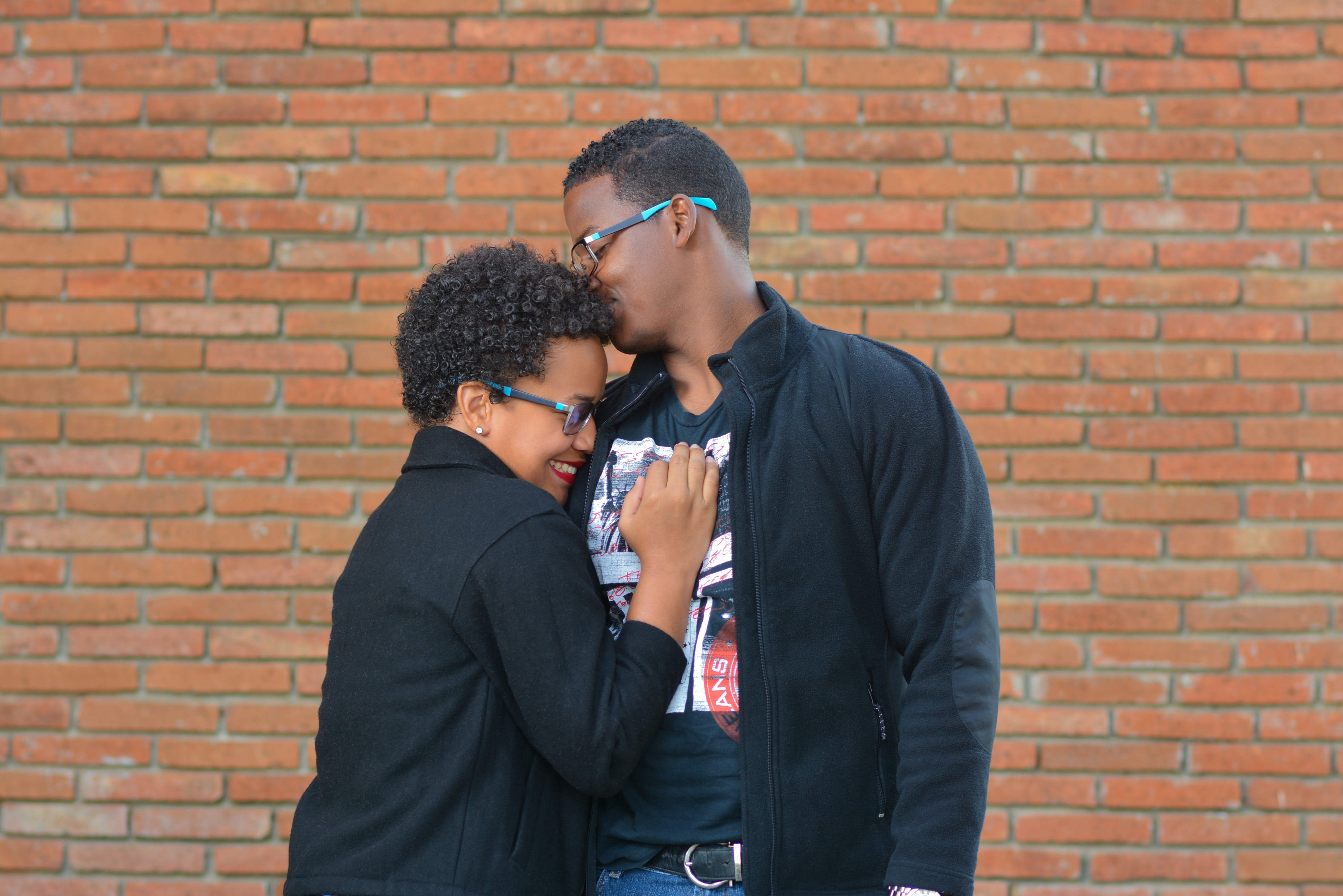 Today, about four in every five Dominicans lives in an urban area. The rest of the population lives in rural areas.

In fact, Santo Domingo was actually the first permanent town that European colonists settled. Other major cities in the country include Santiago, La Vega, La Romana, and Puerto Plata.

The largest part of the population is mixed race. However, white people and black people each make up sizable minorities. 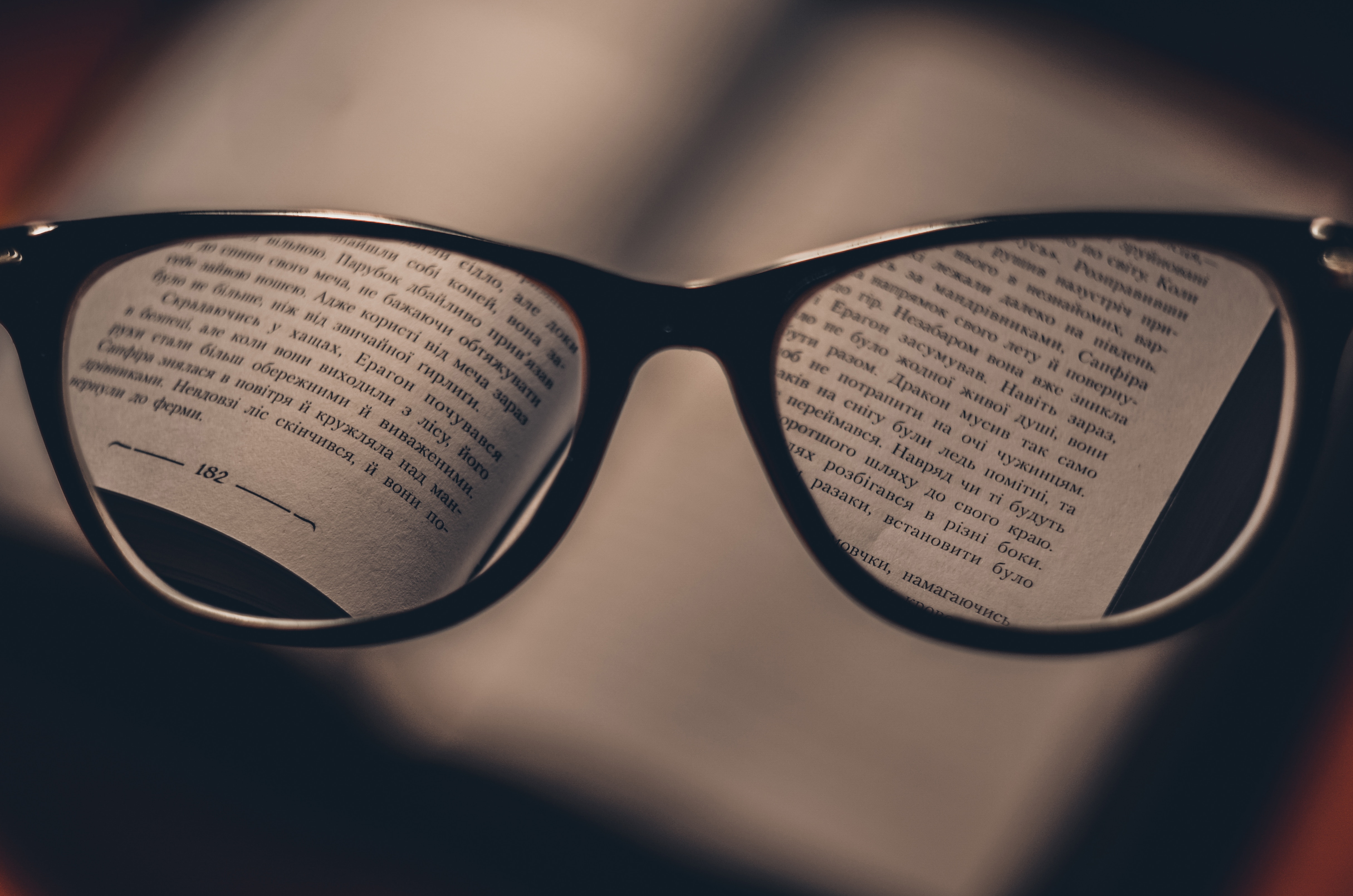 As you might already know, the official language of the Dominican Republic is Spanish. However, there's more to it than that.

You'll also hear some words that came from African languages.

But that's not all. Because of its border with Haiti, another popular language in the Dominican Republic is Haitian Creole. That language is based on French with hints of Spanish and some African languages.

Then get this. English is also a popular language. Not only do kids learn it in school, but some Dominican people speak a dialect called Samana English, which has some African influence. 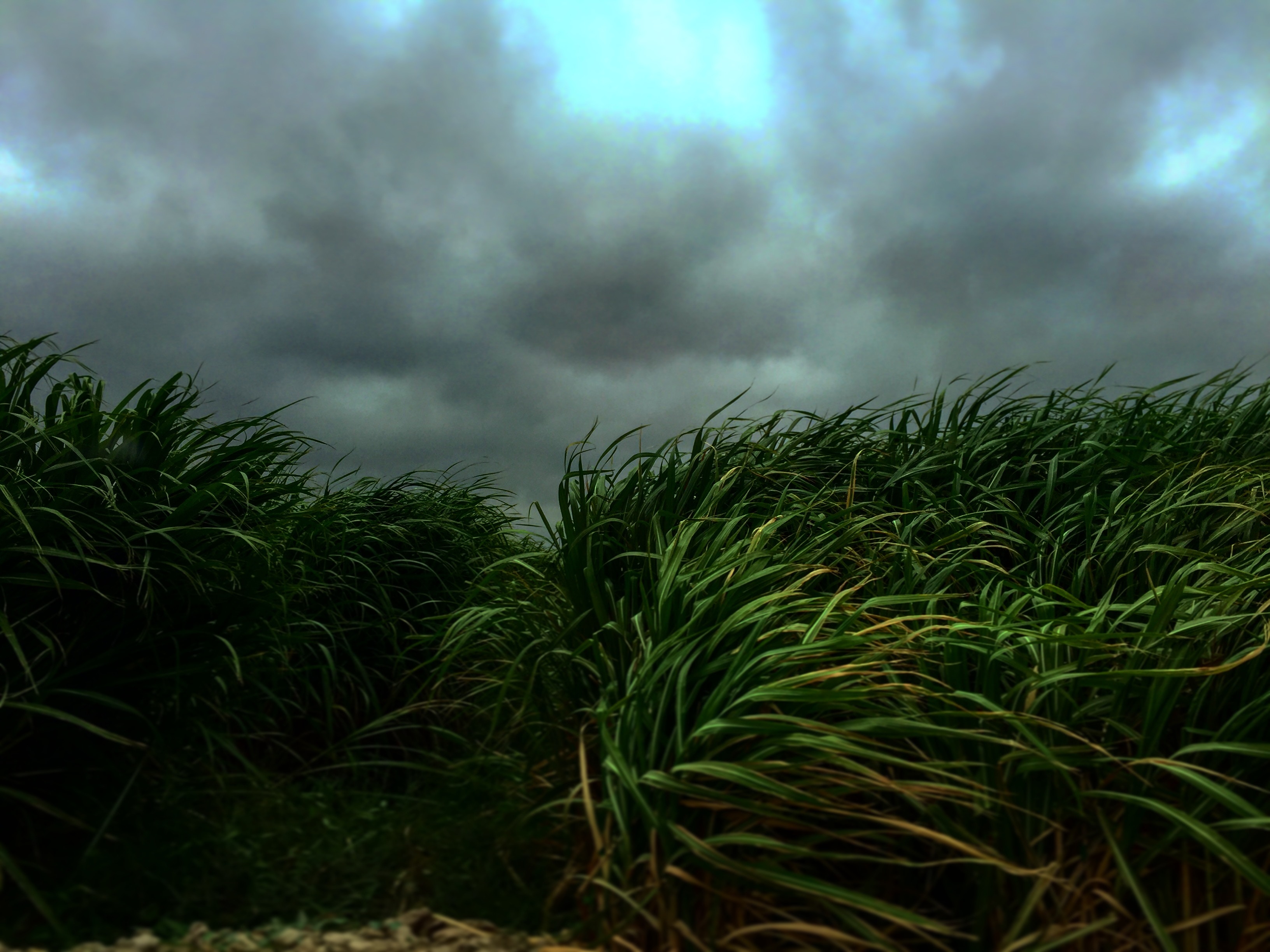 Throughout history, the Dominican Republic has produced quite a bit of sugarcane. Beginning in the colonial period, sugarcane plantations and exports made up the bulk of the country's economy.

However, the economy has been growing and diversifying in recent decades. These days, the Dominican economy also focuses on tourism, finance, trade, manufacturing, and telecommunications.

One of the less fortunate Dominican Republic facts surrounds the issue of poverty. More than half of Dominicans are at or below the poverty level.

But that doesn't mean the people are unhappy.

Get Up And Dance 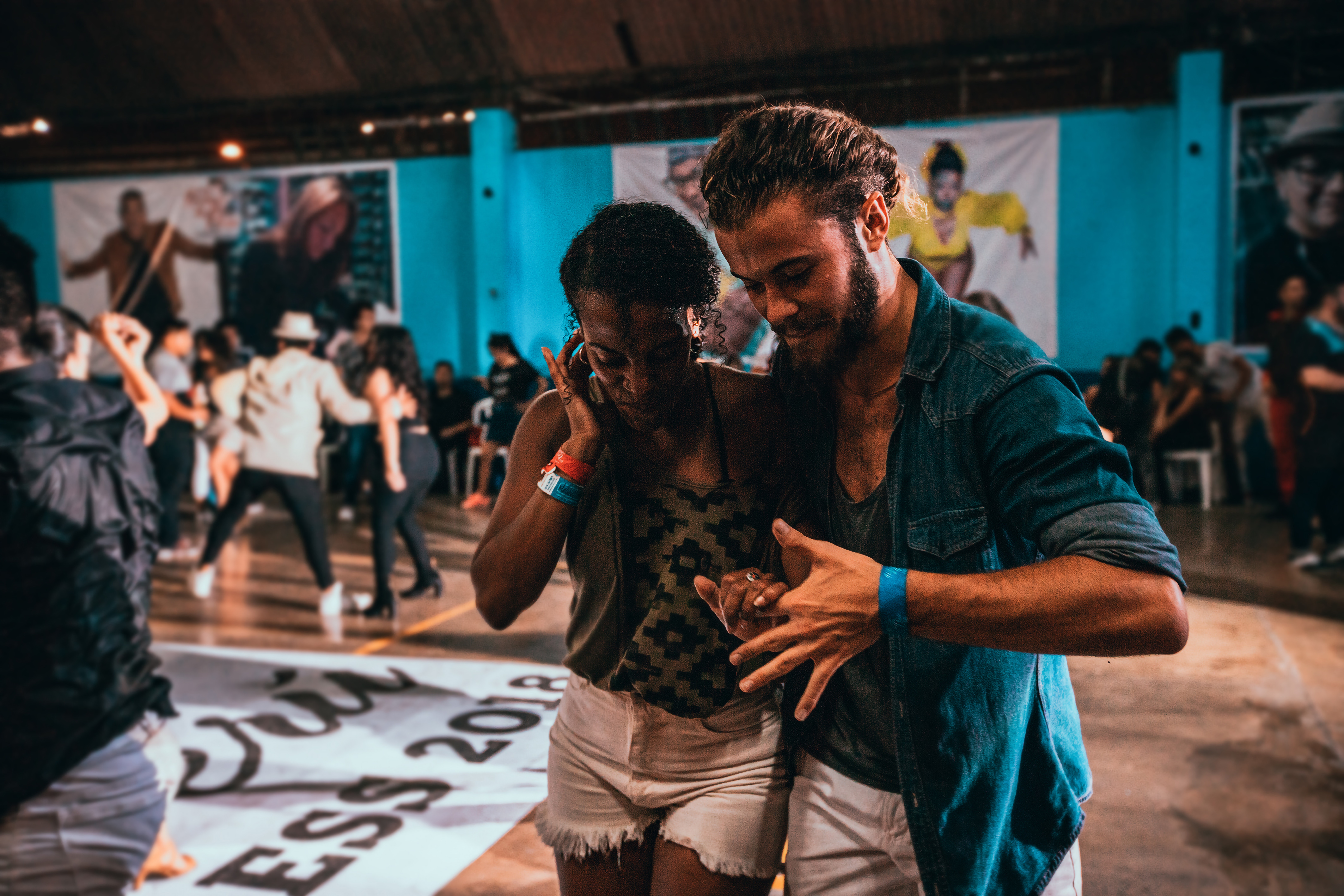 Merengue and bolero are two of the most popular genres of Dominican music. If you visit the country, you'll probably hear some of that music.

People from all areas of the country and all social and economic classes take part in music. Even if someone doesn't sing or play an instrument, they'll probably get up and dance.

Merengue is part of the country's national identity. You'll hear merengue music in schools, at ceremonies, and even as part of political campaigns. Since 2005, the Dominican Republic has celebrated National Merengue Day on November 26.

The cities of Santo Domingo and Puerto Plata each host merengue festivals that involve both music and dance.

Popular instruments in merengue are the accordion, saxophone, and drums. But everyone gets involved. Adults teach children how to dance to merengue at an early age, and this tradition continues through generations.

Dominicans use meringue to bring together people of different social classes, and that helps improve understanding of peoples' individual situations.

Another popular genre of Dominican music is bolero or bachata. Bachata developed from merengue, and you can think of it as a Latin equivalent to American blues. The style of this music is romantic, and singers often speak of love and loss.

You'll find bolero music from other Latin American countries, but the bachata style is specific to the Dominican Republic. 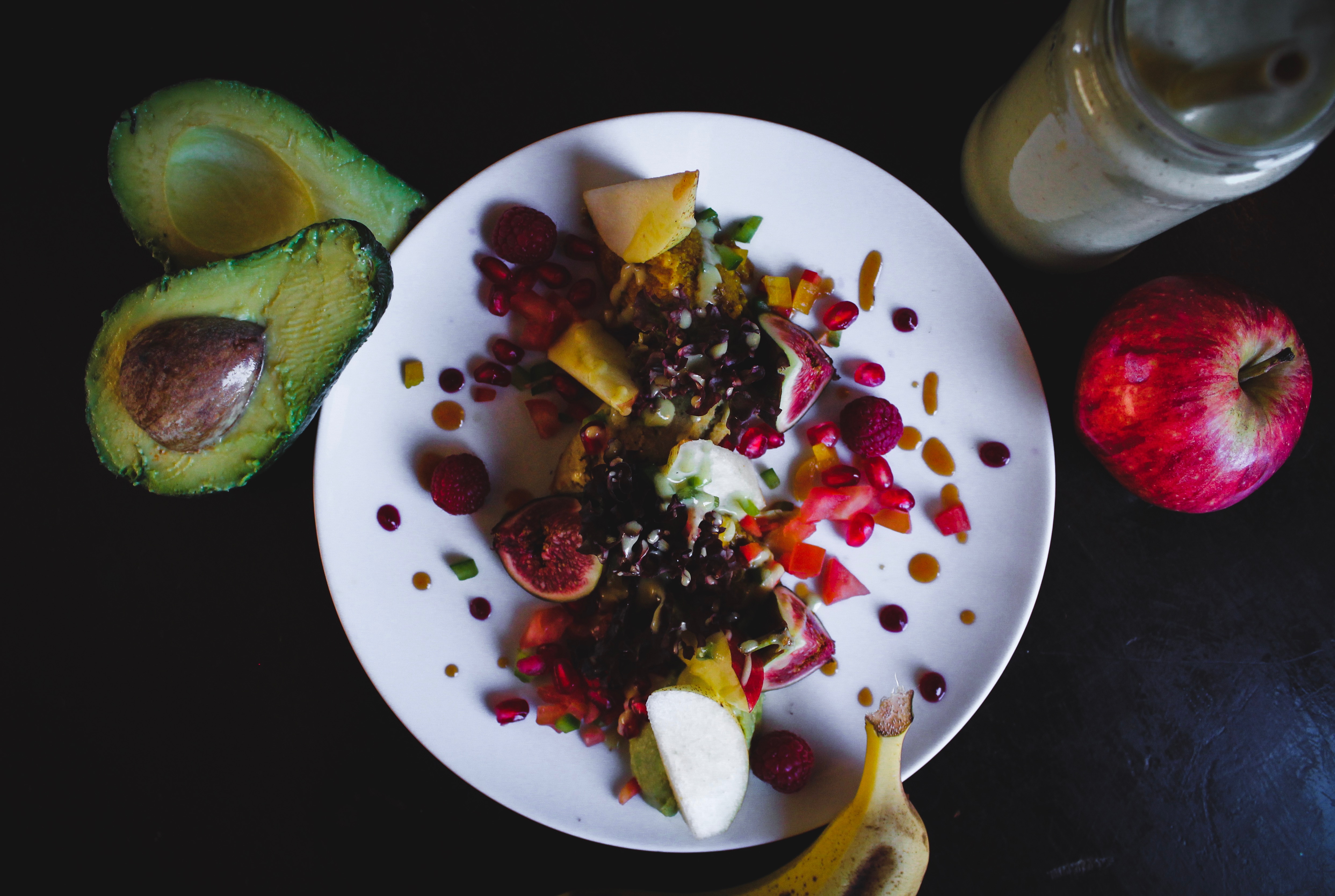 First of all, you can't beat the traditional La Bandera. Spanish for "the flag," La Bandera combines white rice, red kidney beans, and chicken or beef. Those elements represent the three white, red, and blue of the Dominican flag.

If you want to give Dominican breakfast a try, then there's Los Tres Golpes. The name translates to "the three hits." This dish starts with mangu, or plantain puree. You top it with sautéed red onions, fried eggs, salami, and cheese.

Next is the traditional Dominican stew Sancocho. Sancocho doesn't have a standard recipe, but corn, yucca, and cilantro are some common ingredients. You can throw in some other veggies and some meat, and you'll have a tasty Dominican stew.

Like music, food is an excellent window into a country's culture.

More Than Meets The Eye

The country does have its problems, but most countries do. However, the people of the Dominican Republic have managed to turn their country into a hidden gem.

From its mountain peaks to its valleys, the Dominican Republic is surprisingly diverse. The music and food are amazing.

Whether you're bound for Santo Domingo or merely want to try La Bandera, we believe knowing these Dominican Republic facts will help you better understand the Latin American country.