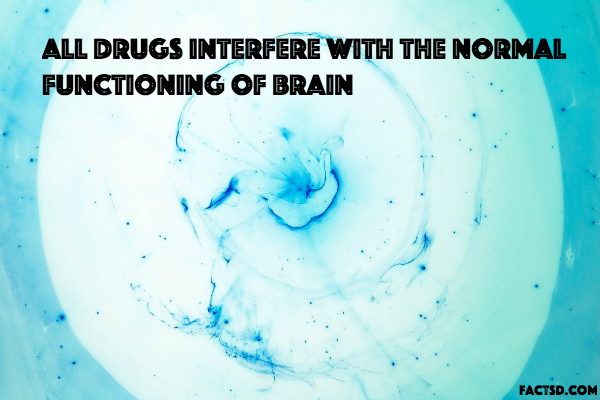 Drug facts: Interesting facts about Drugs. Illegal Drugs and the associated trade is the second largest illegal trade after illegal weapons market. The state is always in war with the crime syndicates associated with drugs. However education is the most effective weapon against drug use. If kids are educated continuously against the pitfalls of drug abuse, there is a better chance that future generations can be kept away from this scourge.

Drug use is often associated with glamour but seriously it leads to abuse, violence, dependence, legal crime, serious health problems, and even death.

It is just not possible to predict what type of effect a drug can have on an individual.

Every person’s body chemistry and brain are different and even if the same dose is given to different people, their effects can be vastly varied

Drugs can be defined as a substance which can cause physiological, emotional, or behavioral change in a person

Drug abuse happens when a person uses something at higher doses or when not required to produce an effect other than the intended purpose of the drug.

Drug abuse leads to drug dependence when the body starts to demand the drug, the person becomes psychologically dependent.

Addiction especially drug addiction is complex and involves the brain. Addiction causes changes in the brain functioning and efficiency.

Most substances cannot cross the blood brain barrier except alcohol and psychotropic substances. Drugs alter the functioning of the brain.

If a person who is addicted to drugs stops taking drugs, then it leads to withdrawal symptoms.