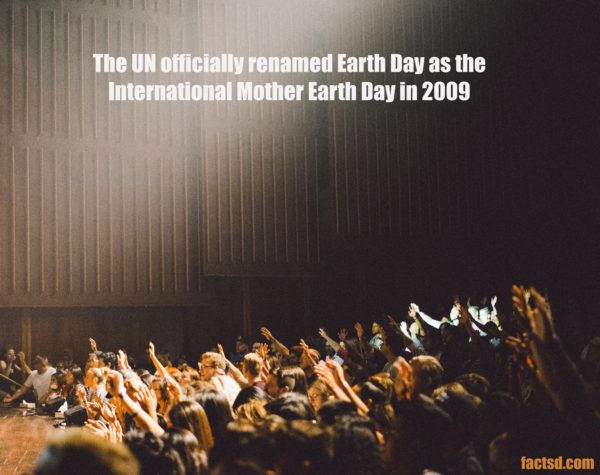 Today Earth Day is the largest secular observance day in the world, celebrated by more than 1 billion people every year.

Over 193 countries around the world celebrate Earth Day.

Earth Day was founded by Gaylord Nelson, he was a US Senator at that time.

Recycling, reuse and remanufacturing generate 3.1 million jobs in the U.S.

The first major international conference on environmental issues was held in 1972 in Sweden and UN sponsored it.

The ringing of the Peace bell given by Japan is one of the highlighting moments on the annual Earth Day ceremony in UN. The bell is made from coins given by school children to further peace on Earth.

Earth Day led to the creation of the Environmental Protection Agency (EPA).