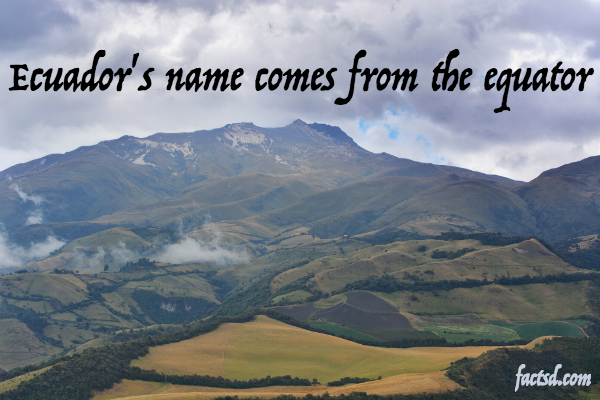 Ecuador is the world’s largest exporter of bananas.

Ecuador became the first country in 2008 to officially recognize the rights of nature.

Ecuador became the first country in the world to eradicate death penalty in 1906.

Mount Chimborazo is the point on Earth closest to the Sun.

Ecuador is 1 of the 17 mega diverse countries in the world, and is also the most biodiversity per square kilometer of any nation.

Quito, the capital city of Ecuador, at 2,850m above sea level is the highest official capital city in the world.

Spanish is the official language of Ecuador.

In Ecuador, there are more mobile phones than people.