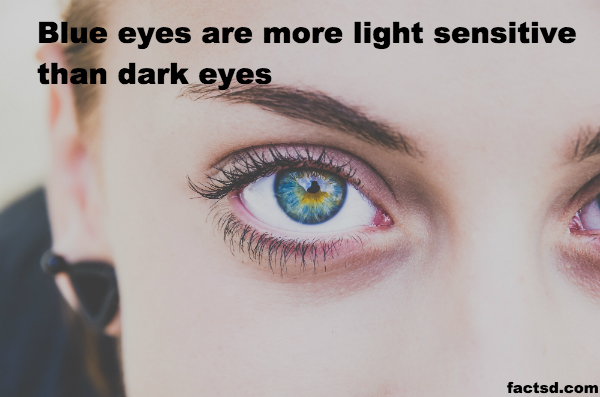 The sensory organ of sight, eyes started to develop some 550 million years ago in the evolution process. The first eyes were very rudimentary and were composed of small patches of light sensitive proteins in single cell organisms.

The myth that Carrots helps to improve the eye sight was a myth manufactured by the British to hide their own technology from the Nazis during World War II.

Among different phobias, fear of eyes is known as ommatophobia.

Blue colored tissues exist under all brown colored eyes and there is a Laser procedure which can change the color of the eyes from brown to blue.

Every part of the eye has a function for example the eyebrows prevent the sweat from falling into the eyes. The eyelashes keep the dirt out of the eyes. The eyes are composed of very tender and delicate tissues and are therefore placed in the hollowed out socket inside the skull.

The eyeballs remain the same size from birth to death while other sense organs like the nose and ears continue to grow.

Ostrich eyes are bigger than their brain in size.

The Blue eyed boy is used as an adage but Lemurs are also believed to have blue eyes just like humans.

Eyes are richly supplied with blood and nutrients and eye wounds heal quickly as compared to other tissues.