Think you know everything about football? Think again - a lot is going on behind the scenes. Here are some of our favorite football facts, which touch on every part of the game.

Quick Navigation
Fact #1: The NFL Has Played on Every Day Of The Week
Fact #2: The Super Bowl Trophy Costs $50,000 Each Year
Fact #3: American Samoan Children Are 56 Times More Likely To Play In The NFL
Fact #4: William Shakespeare Played For The Steelers
Fact #5: Teams Can Score A One-Point Safety
Fact #6: The Early Years Featured Several Terrible Teams. Like, Seriously Terrible.
Fact #7: Getting Hurt Is Good For Getting On Television
Fact #8: Only One Player Has Scored A Touchdown Against All 32 Teams
Fact #9: Each Team In The Super Bowl Gets 108 Balls
Fact #10: The Super Bowl Uses A Unique Coin Each Year
Fact #11: Field Goals Used To Be Worth More Than Touchdowns
Fact #12: Gridiron Football Has Been In The Olympics
Fact #13: Only Two Of The Original Teams Are Still In The NFL
Fact #14: Two Teams Have Never Had Cheerleaders

Fact #1: The NFL Has Played on Every Day Of The Week

It's true that under normal circumstances, the NFL only schedules games for Sunday, Monday, and Thursday. However, games are permitted to occur on any day of the week, and the NFL is quite willing to do so when the situation calls for it.

The most common reason to play on an unusual day is to take advantage of a holiday, especially Christmas Eve, Christmas Day, or New Year's Eve. Games can also be scheduled on an odd day for other reasons, like avoiding a major Presidential address, dealing with weather, or mitigating the effects of a natural disaster.

In 2001, the entire second week of games was rescheduled after the 9/11 terror attacks in New York City, taking place on January 6-7, 2002 instead. Of course, the league tries to be as predictable as possible with games, so most non-standard game days are known at or near the beginning of the season.

The Super Bowl Trophy - or, more formally, the Vince Lombardi Trophy - is made from scratch every year in a process that takes about four months. Surprisingly, most of that cost doesn't come from the materials. With about 7 pounds of sterling silver (92.5% pure silver, alloyed with other materials), the raw materials only cost a little under $1500 in 2018 - still quite a bit, but most of the cost goes towards paying the people who work on it.

The trophy that's presented in the game is the real trophy, but it's unfinished. Once the winners are decided, the trophy is sent back for final engravings, and it's followed by smaller replicas for the members of the winning team.
Incidentally, no team has all four designs of the trophy (which mostly involves changes to the logo, as the overall shape has been kept the same). As of 2018, four teams have three of the designs.

Fact #3: American Samoan Children Are 56 Times More Likely To Play In The NFL

It's true! The American Samoa, which is located to the east of the northernmost part of Australia, produces kids in a way that makes them drastically more likely to play in the NFL than any other ethnic group.

CBS News once investigated this phenomenon - and found a few factors that influence things. First, American Samoans are pretty big people - an obvious plus in football - but they're also raised in a culture that puts a strong emphasis on hard work and discipline. Between that and their focus on speed, this tiny island produces some of the best players in the league.

Alas, it wasn't the famous author - although that would have been amazing in its own right. William Shakespeare of Staten Island, New York, played from 1933 to 1935 and threw the winning pass in Notre Dame's victory over Ohio State in 1935. This game would later go on to be voted as the best game in the first hundred years of college football - not bad for a man named after the Bard!

It's just that, in the NFL, they generally don't. A conversion safety for one point can occur for the offense when they're trying to get an extra point or working on a two-point conversion attempt, though this hasn't happened in the NFL since 1940.

Even more rarely - by which we mean "it has never happened in the NFL" - a one-point safety can be scored by a team on defense retreating into their own end zone. This is the only way a team can end a game with a single point, though the fact that it can only occur after a touchdown means there will never be a way for a game to end 1-0.

Take the 1921 season, for example, which was just the second-ever season of the American Professional Football Association (the precursor to the NFL). That year, four teams finished with a winning percentage of .000.

The Tonawanda Kardex finishes 0-1-1 overall with only one full game played, the Muncie Flyers finished 0-2, the Lousiville Brecks finished 0-2, and the New York Brickley Giants finished 0-2. Several teams disbanded after their failures, leaving them with some of the worst records in the history of the league.

Nowadays, of course, it's much harder to make a new team at the pro level - and steps exist to ensure competitiveness throughout the league.

Fact #7: Getting Hurt Is Good For Getting On Television 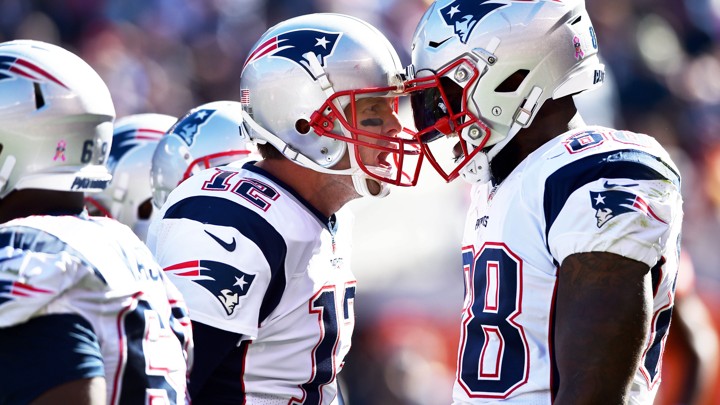 Perhaps it's just the human fascination with drama, but cameras spend about six more seconds looking at injured players than they do looking at celebrating winners. Honestly, we don't think this is a big deal - we just hope football doesn't start imitating the FIFA World Cup with players faking their injuries!

Fact #8: Only One Player Has Scored A Touchdown Against All 32 Teams

Terrell Owens holds one of the most interesting records in football - he's the only player who's scored touchdowns against the entire league. More than that, he's actually scored two or more touchdowns against each of them, setting a record that will be tough for anyone else to beat.

That's a lot of footballs! Half of these are for practice, while the other half are intended for the actual game. Most Super Bowls use about 120 balls in total, with the extras used for kicking plays. Aside from each team having plenty of spares in case there's something wrong with the first few, this ensures that there are plenty of footballs to pass around and use for promotions after the game.

For context, each team in a normal game needs to provide 12 balls for offense, with the home team providing another 12 backups as well. Six brand-new balls are provided straight from the manufacturer for the kicking game.

Fact #10: The Super Bowl Uses A Unique Coin Each Year 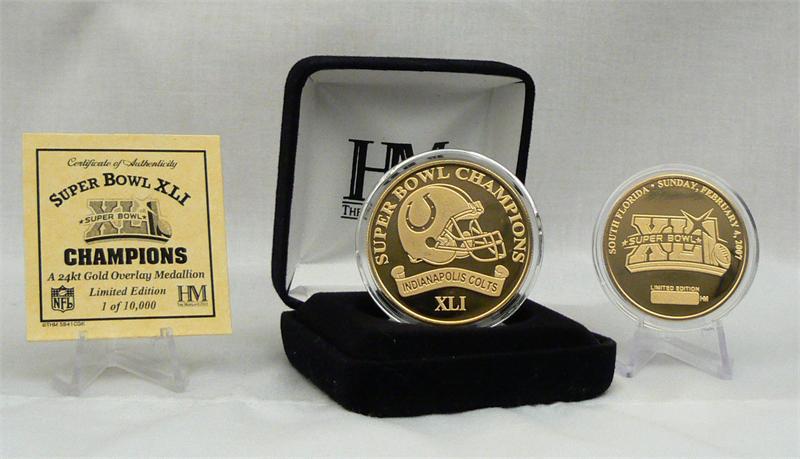 You're not digging in your pockets for a quarter when it's time for the big game. Instead, the game uses a special coin created by the Highland Mint, which specializes in officially-licensed collectibles.

One side of the coin features the Vince Lombardi Trophy and the roman numeral of the game, while the other side features the helmets of the two teams playing in the game. Copies of this coin are available, with real ones sold for $99.99 by the Highland Mint and gold-flashed replicas sold for $39.99.

Fact #11: Field Goals Used To Be Worth More Than Touchdowns

Way back in 1883, field goals were valued at 5 points - while touchdowns were only worth 2 points. Eventually, though, the various leagues started adjusting point values to change the way the game was played, and nowadays there's more of a focus on crossing the entire field than only going part of the way and trying to kick a ball into the field goal.

This change didn't happen all at once. Touchdowns went up to 4 points, then 5, and finally 6, encouraging a more dynamic and interesting game.

Fact #12: Gridiron Football Has Been In The Olympics 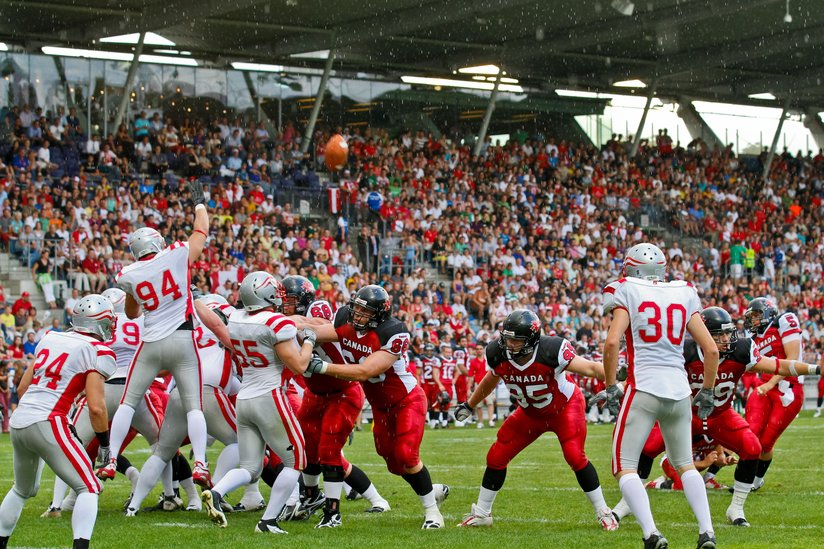 In fact, they've been there twice! Unfortunately, there were no medals awarded. Gridiron football (not to be confused with international football, otherwise known as soccer) was played as an exhibition in 1904 and 1932, but it's not likely the sport will reappear there anytime soon.

Fact #13: Only Two Of The Original Teams Are Still In The NFL

It's true! Every other member of the league has changed since 1920. The Decatur Staleys eventually renamed themselves the Chicago Bears, while the Chicago Cardinals became the Arizona Cardinals.

Incidentally, the Cardinals have existed as a team longer than Arizona has been a state. The original Cardinals were established in 1898 and went through a few names before settling on the Racine Cardinals, which disbanded in 1906 but came back in 1913. Arizona only joined as a state in 1912. 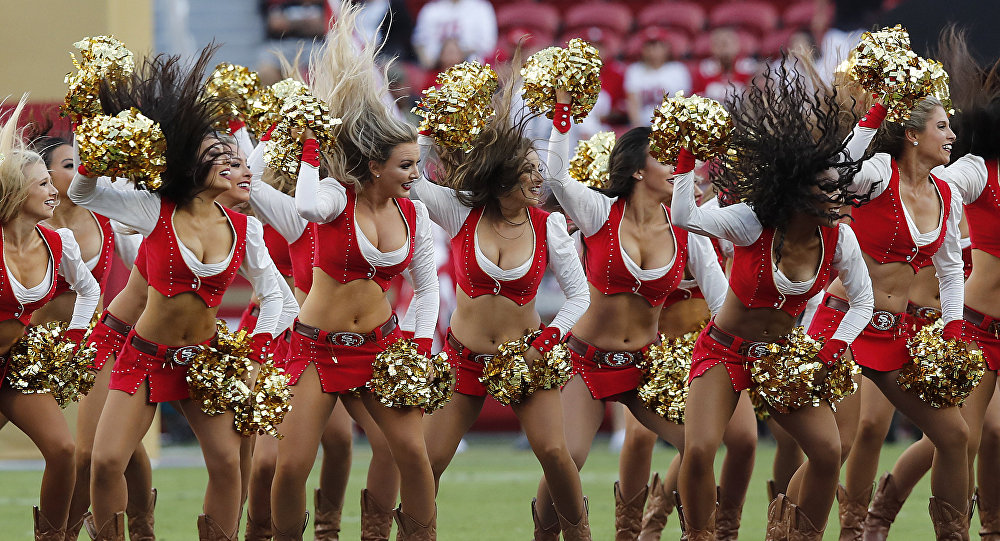 The Cleaveland Browns and the New York Giants have never had cheerleaders supporting their teams. On top of that, the Buffalo Bills, the Chicago Bears, the Green Bay Packers, and the Pittsburg Steelers don't currently have cheerleaders, either, although they did have them at various times in the past.

Superbowl XLV in 2011 took place between the Steelers and the Packers, making it the first Super Bowl to have no official cheerleaders on either side. Some people believe the Cleaveland Browns had cheerleaders in 1971, but there are no verified records of this.