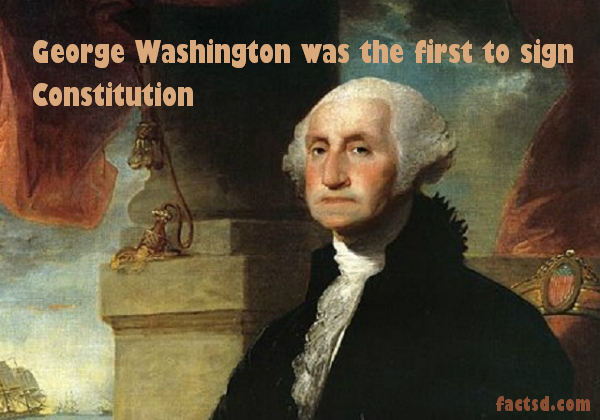 Washington helped promote use of mules in farming in the U.S. as they were stronger and had more endurance than horse.

“So help me God” was added on to the Presidential Oath of Office by George Washington at his inauguration and it’s been done that way ever since.

Washington became one of the largest land holders in United States owning over 50,000 acres of land.

George Washington was the first to sign the Constitution.

5 states were added to the Union during the presidency of Washington, namely Rhode Island, Vermont, Carolina, Kentucky, North Carolina and Tennessee.

It was George Washington’s idea of greeting the president as “Mr. President.”

George Washington was so good horsemen, that he was acknowledged as the best horsemen in 13 colonies.

In 1917, an asteroid was named after George Washington as “886 Washingtonia asteroid”.

George Washington’s final words were “I die hard but I am not afraid to go.”