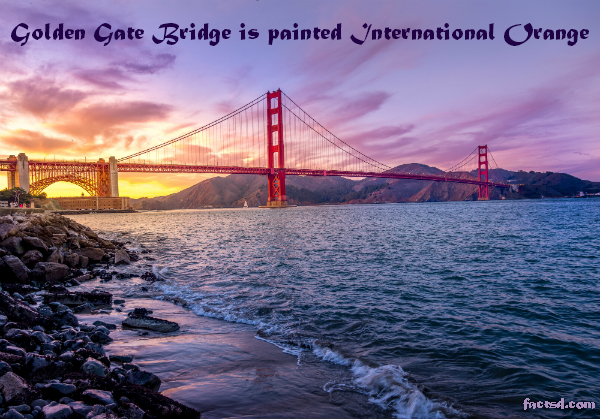 The Golden Gate Bridge road can move up and down as much as 16 feet.

During the construction of the Golden Gate Bridge, workers who did not wear the hard hat were fined.

Engineers handed out free sauerkraut juice to the workers in the mornings to help them with hangovers. It is believed to be one of the reasons for high productivity.

The Golden Gate Bridge construction is first of its kind to use safety nets for falling workers. These nets are now standards on any bridge project today.

During the Golden Gate Bridge construction, it earned the unofficial subtitle “the bridge that couldn’t be built”. Because persistent foggy weather, ocean current and winds caused the construction to be delayed myriad times.

2% of the people who jump off the bridge survive the fall.

Those who survived a jump from the Golden Gate Bridge report that they regret their decision immediately after the leap and wanted to live.

A study titled “Where are they now?” in 1978 followed up on 515 people who were prevented from attempting suicide from Golden Gate Bridge from 1937 – 1971. About 90% were either alive or had died of natural causes, concluding “suicidal behavior is crisis oriented” rather than inexorable.

The project had to be approved by the war department as the land on both sides of the Golden Gate strait was owned by them.

The main reasons for the construction of Golden Gate Bridge were to increase the population of San Francisco and to create jobs during the Great Depression.