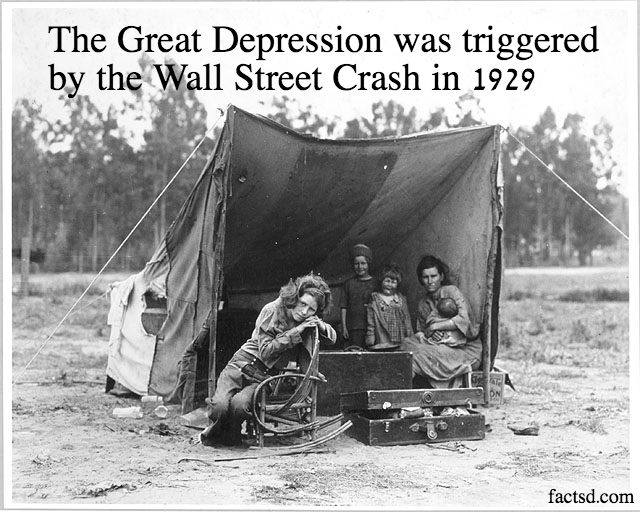 The Great Depression was triggered by the Wall Street Crash in 1929.

The Great Depression started on October 29, 1929, which went down in history as the Black Tuesday.

The Great Depression lasted for a decade and ended in 1939 with the start of the WWII.

Unemployment peaked in 1933 when it became 25% of the population. Each day of the great depression saw 12000 people getting unemployed to reach 12 million by 1933

There was a feeling of smugness and optimism among the American public who saw in Hoover a leader who will take America towards ever greater economic prosperity.

Middle class Americans started investing in stock market and they were buying shares on loans from banks and when the crunch came they were not able to pay and had to forfeit the security which usually was a house or land.

The wealth of the nation was unevenly distributed and the poor who constituted 60% of the population faced the brunt of the great depression.