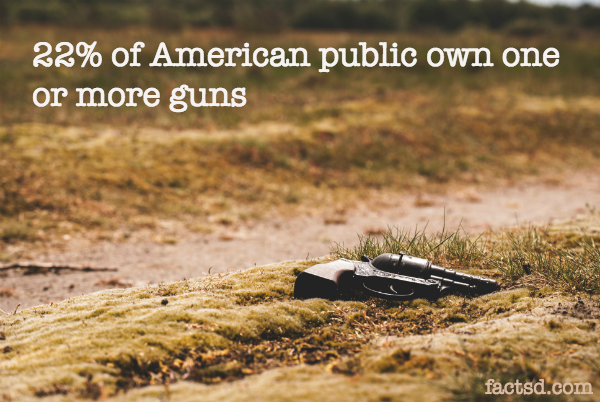 Gun control facts: Unbelievable facts about gun control. The gun laws are a contentious issue and there are equal pros and cons for and against gun control. In a society which is increasingly becoming intolerant, issues like gun control must be dealt with wisdom. The TV including soaps and serials dished out to the public glorifies gore and violence and it needs to be seen if the ordinary American will own a gun for his own protection or for offense, if he is mature enough not to use in domestic violence.

The use, sale, possession of firearms in the US is regulated by the Gun Laws of United States.

The state laws vary a great deal from federal laws and are also independent of them.

Many NGO’s are trying to take away guns from citizens citing an increase in crimes.

In 1976 Washington DC banned citizens from carrying or owning guns.

Only police officers were allowed to carry guns

For citizens who already possessed a gun had to disassemble or trigger-lock their weapons before they could get permission to keep the guns. The locks could be removed only after the DC Police gave their permission which was very rare.

When the Supreme Court in District of Columbia v. Heller case struck down the gun control laws, crime and homicide constantly fell clearly showing that lifting gun laws did not lead to an increase in crime.

DC still has some of the most stringent gun laws but statistics show that it has the highest crime rate and rated as the most unsafe city.