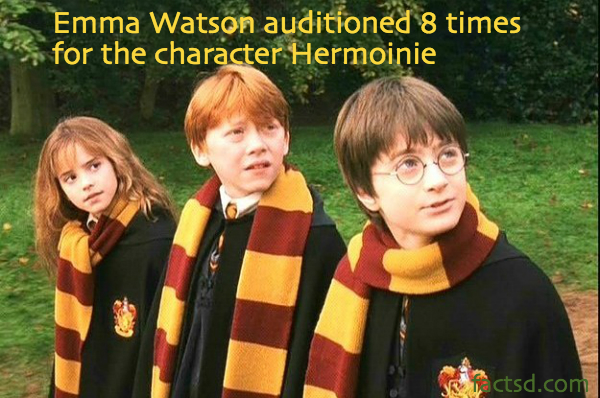 To complete the Gringott’s scene in deathly Hallows, the production unit made 210,000 coins.

Lily Evans became a head girl in her seventh year.

The reason Hagrid hates Mrs. Norris, is because he is allergic to cats.

Almost all the black’s family names are taken from the stars.

J.k. Rowling is the runner up for the 2007 Time Magazine person of the year.

11 million deathly hallow copies were sold on the first day of its release.

The anagram for Severus Snape is Persues Evans.