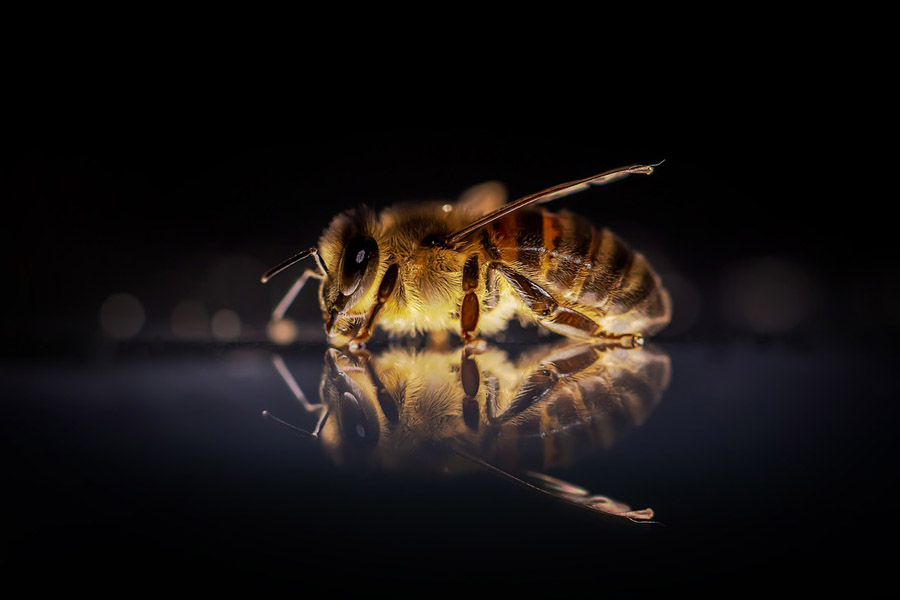 There are a lot of honey bee facts that everyone knows. They live in hives, they have a queen, and they make delicious honey. But it's easy to simplify honey bees into just another insect. These creatures are surprisingly complex, both in their biology and their social structure.

So why should you learn honey bee facts? It may be surprising, but honey bees are one of our oldest animal companions. We've been keeping honey bees for thousands of years -- pretty much all of recorded history.

Our relationship with these little insects is not only as old as our bond with cats and dogs, but it's just as beneficial, if even more. Honey bees give us food, not just their delicious honey, but in the form of the crops that they pollinate. Respect honey bees, and learn as many honey bee facts as you can. 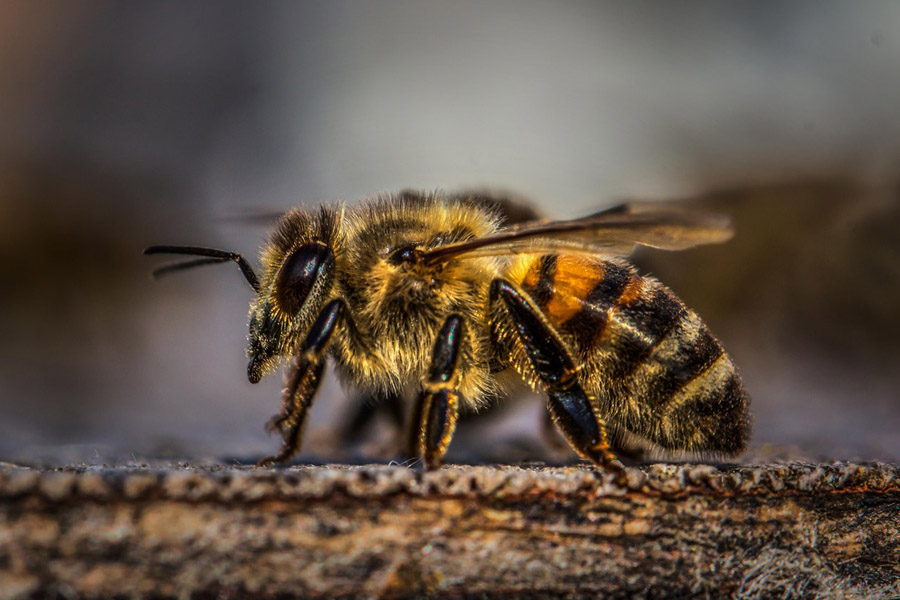 Everyone loves honey. Humans have been eating the delicious golden syrup for nearly our entire history. It's sweet, natural, and lasts pretty much forever. But as amazing as honey is, the little creatures that make it are even more so.

Honey bees pollinate our crops and flowers and give us delicious honey. But the way they do it is what's really incredible. These communal insects continue to amaze us. They have organizational skills that the most efficient company would be jealous of, and they build more efficient structures than any other creature.

Studying their behavior even teaches us about ourselves.

If you want to know more about what makes honey bees so special, keep reading. 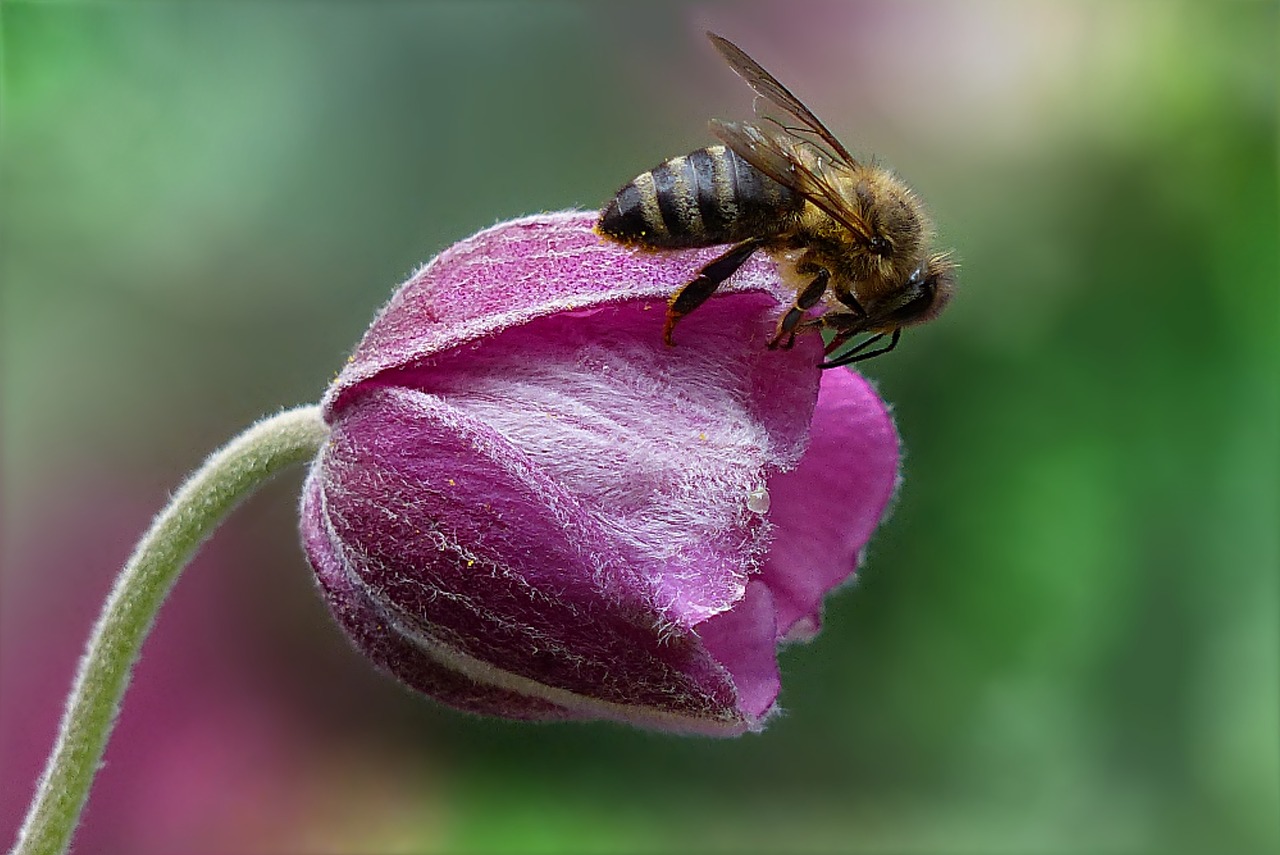 Image by Oldiefan from Pixabay

While honey bees are only as strong as their hive, there are a lot of aspects to each individual bee that help them work so well together.

Whether it's the special way each caste of bees is born or the unique biology that every bee has, it's clear that honey bees are fine-tuned to doing their jobs.

The first thing you should know about bees is that, in every hive, there are three crucial types of bees. The most numerous are the worker bees. They are entirely female, and there are about 60,000 of them in any hive.

As the name suggests, they are the ones who do all of the work around the hive. They each have a job, like scouting, pollen collecting, building, and nursing. That job changes based on the bee's age.

Next is the queen bee. She's the most important bee in the hive because she's the only fertile female. Her only job is to keep creating bees to replenish the worker population. She can live for years, much longer than the average worker.

Finally, the least common bees are the males, the drones. Drones have one purpose, which is to fertilize the queen. Drones get a bad rap for being "lazy" around the hive. Compared to the worker bees, who are endlessly busy, drones tend to wait for their time to come.

But they are only made for breeding -- so much so that after they mate, they die.

These three bees all work together to make the hive work like a well-oiled machine.

What is she eating?

Queen bees don't have a royal lineage. Of course, every queen bee comes from another queen, but there's nothing special about the larval queen when it's born.

When a larva is chosen to be a queen, it is exclusively fed a substance known as royal jelly. Normal worker bees are fed a mix of honey and fermented pollen. For a long time, we thought that royal jelly made a larva become a queen. Now, we know that it's the other way around.

Queen bees are different because their ovaries are allowed to develop while they're still growing. The honey and pollen diet of worker bee larvae actually prevents these organs from developing. So, it's what the queen bee doesn't eat that's special.

You are not the father!

Wrap your head around this:

So, no drone has a father. But they all have one grandfather. This is a little crazy for us to think about, but actually makes perfect sense when you think about it.

One of the most amazing things about bees is the way they see. Of course, they have two prominent compound eyes, which lets them see from yellow to ultraviolet. But you probably didn't know they have three simple eyes on top of their heads.

These simple eyes have a single lens for light reception. By using these eyes, bees can orient themselves based on the sun.

But it's that ultraviolet sight that shows that honey bees are perfectly adapted to their flower-seeking role. It lets them pick out individual petals on flowers that have the most sugar. And when they're flying past a bed of flowers (at 15 miles per hour), they can see every single one!

What goes on in the hive? 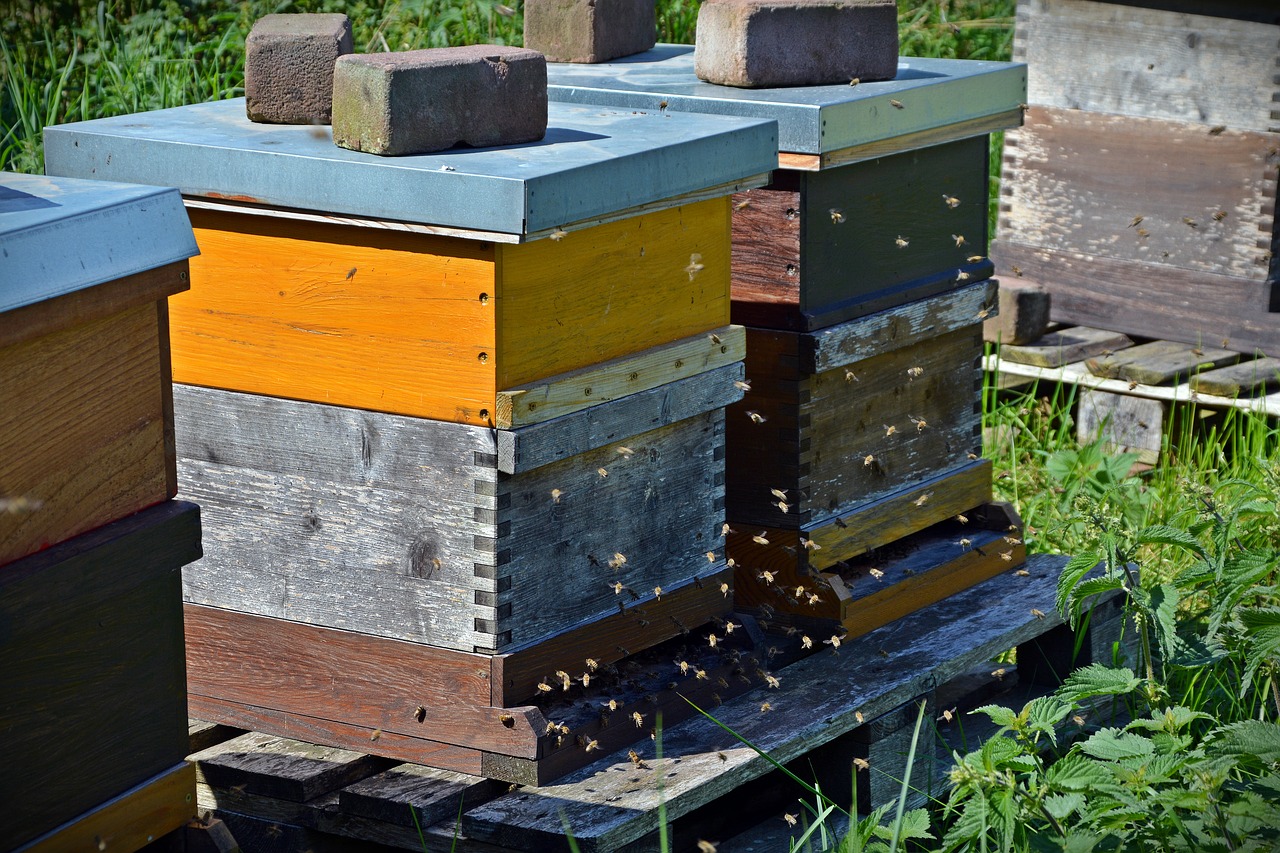 Image by bernswaelz from Pixabay

If you picture a hive of honey bees, you're probably either imagining a basket-shaped cluster hanging from a tree, or a white box with a beekeeper nearby. But what happens inside of that hive? Whether it's a domestic beehive or a wild one, there are a lot of honey bee facts based on what happens where they live.

To swarm or not to swarm

A swarm of honey bees sounds scary, but this is actually about as safe as you'll ever be around honey bees.

When a hive is growing too large, a new queen is born. She takes about half of the workers, and they go off to find a new place to start their hive. Outside of the hive, bees are much less defensive. Additionally, they feed before leaving, so they are less prone to sting.

If you see a swarm, don't worry. They're just looking for a new home.

The queen sounds like she's the one in charge, but she actually doesn't run the hive. Worker bees know their jobs like they've had years of experience, so they actually direct what eggs the queen lays and where.

They do this by cleaning out cells corresponding to the bee they need. If they need to make drones, they clean out the drone cells. This signals the queen to lay unfertilized eggs to make male bees. So, even though she's the queen, she's not the one who calls all the shots.

Power to the workers.

Oh boy! That hive is sparkly

Honey bees have to make sure everything is perfect within the hive. They keep it at 93 degrees inside year-round, either by fanning it with their wings or clustering together for warmth.

They also hate clutter and debris. Worker bees will leave the hive to defecate, and even to die. It's common to see dead bees around the outside of domesticated hives. This keeps the interior of the hive clean and efficient.

There are some honey bee facts you can use to get your kids to clean their room.

Bees are also master architects. The hexagonal comb structure uses the least wax of any possible building structure, which we have believed for 2,000 years.

The hexagons in a honeycomb are also all perfect, as well. They are more precise than we could make them without tools.

They aren't dancing for fun

You probably learned about the honey bee waggle dance when you were young. It's one of those cute honey bee facts that kids love.

When bees return to the hive, they dance in a figure-eight pattern to tell other bees where there is a good source of food. But did you know that the shape of the dance actually depends on how far the food is from the hive?

The figure-eight dance we all learn about is only for food that's more than 150 meters, or 500 feet, from the hive. (It can pinpoint a food source up to six kilometers, or almost four miles, away.) They also have a dance for food within 50 meters (160 feet), and for food that's in between the two.

Remember the simple eyes that honey bees use for navigation? It comes back here. The dance shows other bees where the food is based on the sun's orientation. 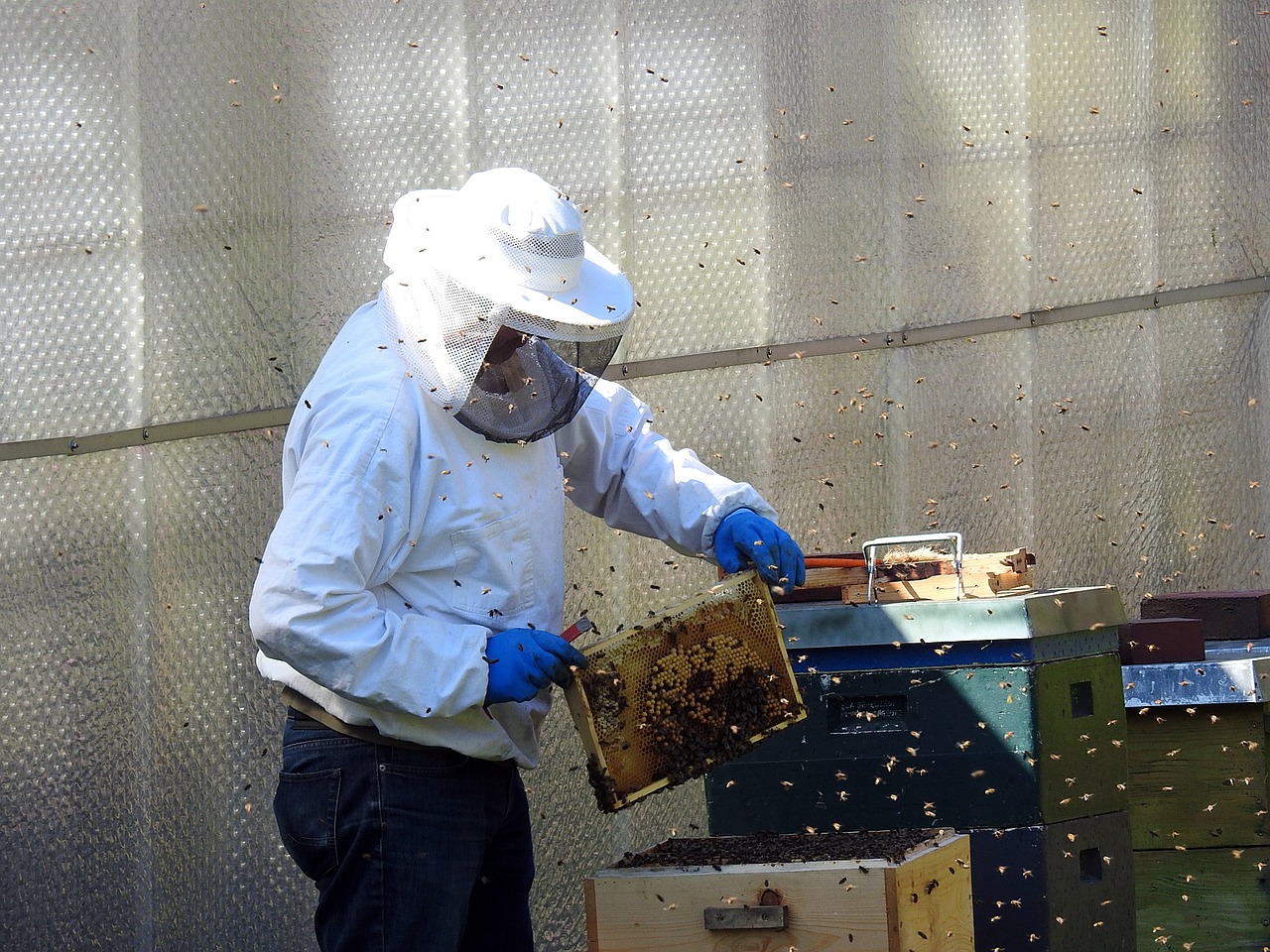 Image by Bernd Hildebrandt from Pixabay

Humans and honey bees have a long history together, stretching back thousands of years. We've kept them, studied them, and used them for food. There are a lot of ways we've tried to learn more honey bee facts, and yet there's so much we have yet to understand about them.

Beekeeping has been a thing for a long time

The oldest reference to humans collecting honey from bees dates back around 11,000 years. But it was a long time before we had records of people actually keeping bees.

The first indications of this are from around 5,000 years ago in Egypt and China. These ancient apiarists used hives and honeypots like we do today.

They also used smoke to put bees to sleep just like modern beekeepers. Sometimes you don't mess with what works.

This is mostly because of the honey bee's contributions to agriculture. There are many crops that completely rely on them for pollination. Tennessee designated the honey bee as their agricultural insect, one of four state insects.

Elephants aren't the only ones with long memories

With such a small package, you may be surprised at the advanced things a honey bee can do. One of the most incredible of these is that honey bees can recognize human faces.

The best part? They do it the same way we do.

We recognize faces through something called configural processing. This means that bees, like us, take the different components of the face and piece them together. Eyes, nose, and mouth all come together to make a face that bees will remember. 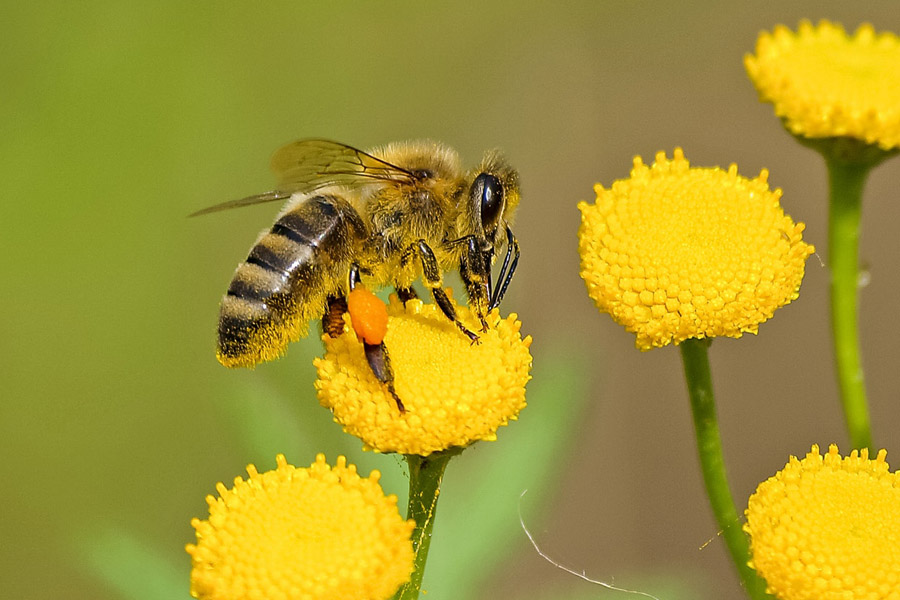 There are so many more honey bee facts than you could fit into just one article. There are books and magazines dedicated to learning and teaching us more about these incredible insects.

We use them to study patterns and human behavior. We try to learn how their eyes and their minds work. Of course, we still work with them for their delicious honey. But honey bees are smarter than we give them credit for a lot of the time. Learning more honey bee facts will give you a newfound respect for these amazing creatures.