If you don't know many humpback whale facts, it's reasonable to get them confused with other members of the whale and dolphin, or cetacean, family. With their size and their deep blue-black color, you may even think they're actually blue whales. However, these photogenic and friendly sea creatures are unique even among other whales.

What makes them unique? Among other things, humpback whales have been seen acting surprisingly social, both to humans and to other whales. They have a community that spreads across the world, even though their social groups are usually small. They also have some very distinctive features that look different from any other whale in their family.

What other humpback whale facts set them apart? You'll have to read to find out!

Some of the most mysterious creatures on Earth are the majestic whales. Of these, one of our favorites to observe and interact with are humpback whales. Humpback whales are impressive, bus-sized creatures who regularly appear before humans. If you've seen videos of whales leaping from the water or slapping the waves with giant tails, it was most likely a humpback whale in the video.

But what is it that's so amazing about these mysterious creatures? There are a lot of humpback whale facts worth knowing. They help us better see why whales are so worth understanding and protecting. And they help us realize that these massive mammals aren't so different from us.

What makes a humpback whale special? 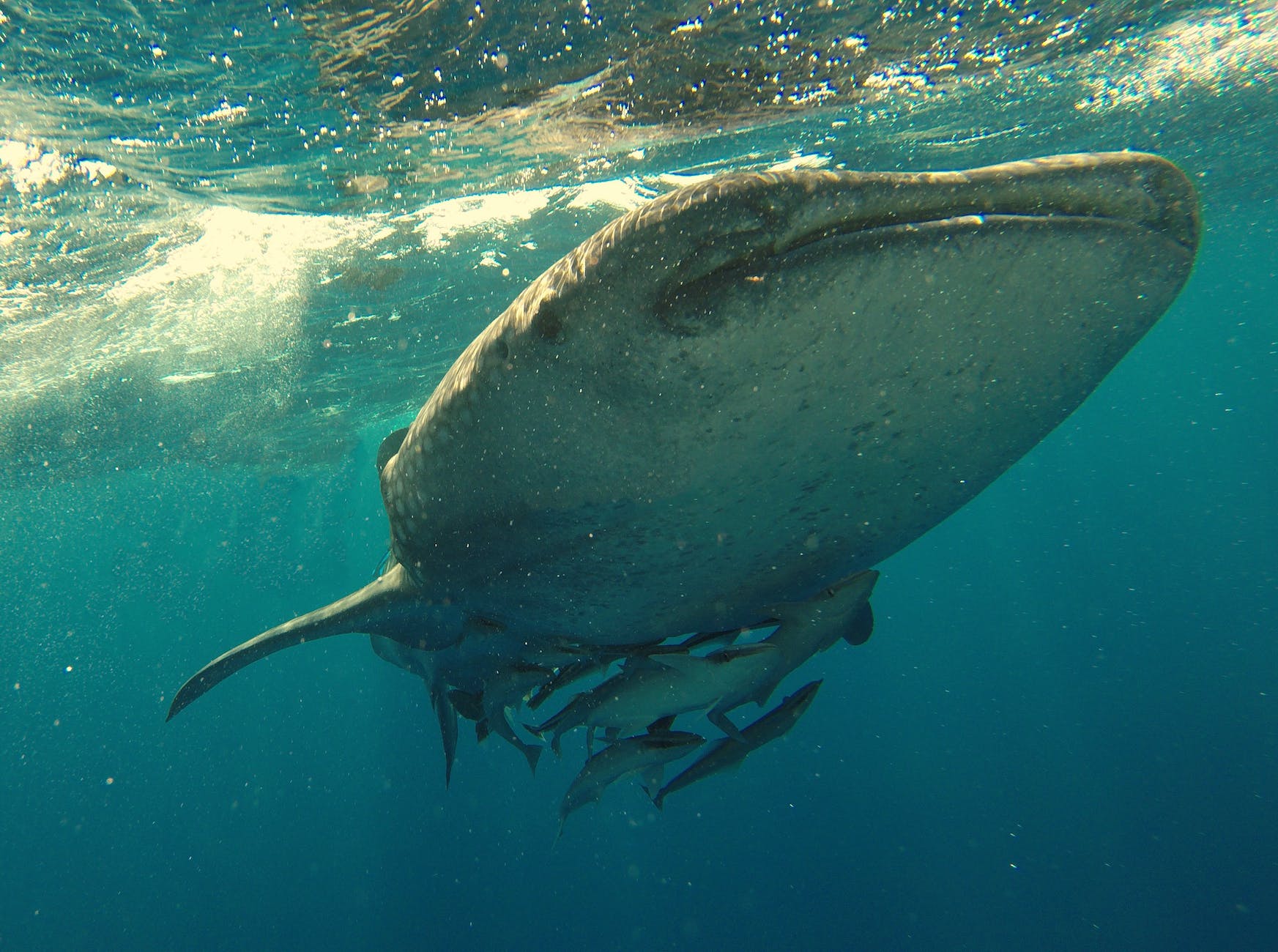 Humpback whales are baleen whales, but we also call them great whales. This means they feed with baleen, which is a filtration system that takes the place of teeth. By using baleen, humpbacks and other baleen whales filter minuscule krill from seawater. With this unique system, the largest creatures on Earth eat some of the smallest.

However, this is just the tip of the iceberg when it comes to humpback whale facts. The adaptations that humpback whales use to survive only get more unbelievable from there.

If you're trying to pick a humpback whale out of a lineup, don't look for a hump! They don't have any unusual curves on their backs, and in fact, they're pretty sleek!

Humpback whales actually got their common name from the way their backs arch out of the water when they breach. This process (which usually ends in an impressive fluke slap) was so iconic that it became how we identify them still.

Can they wave hello?

The best way to identify a humpback may not be its humpless back. It's actually on the other side of the whale! A humpback's Latin name translates to "bat-winged New Englander." Humpbacks earned their name from two things. First, the location where European mariners first saw these whales, and...

Their mega-sized pectoral fins can reach about 15 feet long, or one-third of their entire body length!

Know a whale by its tail

Well, it turns out that humpback whales' tails, more accurately called flukes, are unique, just like our fingerprints! In fact, there is a registry of all the different documented humpback whale flukes in the North Atlantic. It lets researchers know who they're looking at. 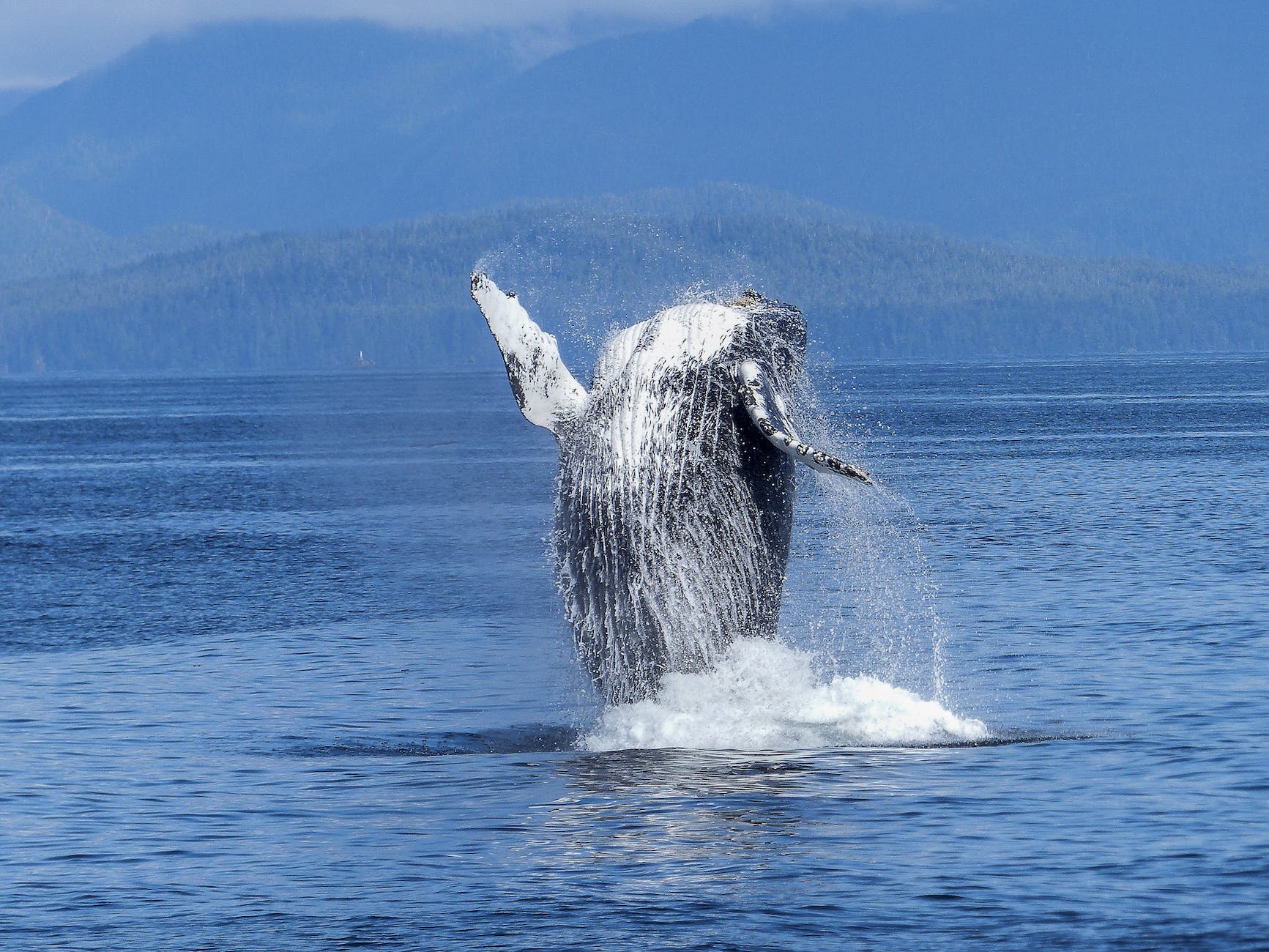 Humpback whales travel in groups, which we call pods. And they're normally just small families. They often just consist of a mother, child, and a third whale called an escort, who is usually trying to win over the female.

But sometimes, especially during the mating season, pods interact with each other in large numbers. It is during times like these that we can see that humpback whales have a complex social structure that's not unlike our own.

One of the most widely popular humpback whale facts is that humpbacks sing songs to communicate. Or rather, male humpbacks sing to attract their favorite female. But much like you don't want to be wearing the same clothes on a date that were stylish 10 years ago, so too are male humpbacks always changing their style.

Songs sung by male humpbacks change rapidly. From one mating season to the next, males will change their song to be more enticing to females. But they're not writing alone. Whales will transmit favorite songs, or portions of songs, to each other, showing evidence of a larger culture among humpbacks worldwide.

Who doesn't wish they could travel more? When the entire ocean is your home, there's nothing stopping you!

In the winter, humpback whales prefer to move to warmer waters around the Equator. These calm, balmy climates are perfect for birthing and raising a calf, which mothers nurse for a year. Unfortunately, they don't have a lot of food available to them at that location.

For that, humpback whales need to go to colder water. Polar waters are rich with krill, the crustacean of choice for humpback whales. So, when the weather in their feeding grounds isn't too bad, whales head back north to stay fed and happy.

Humpback whales usually stay in pretty small groups. They focus mostly on immediate family, and a large group would be anything more than 10 individuals. So the sudden sight of big pods of humpback whales in 2017 really surprised scientists. And these pods were huge by any standards!

Researchers call these giant pods of as many as 200 whales super-groups. These pods showed a sort of cooperation and community never before seen among humpback whales. All of the different whales migrated and hunted together. 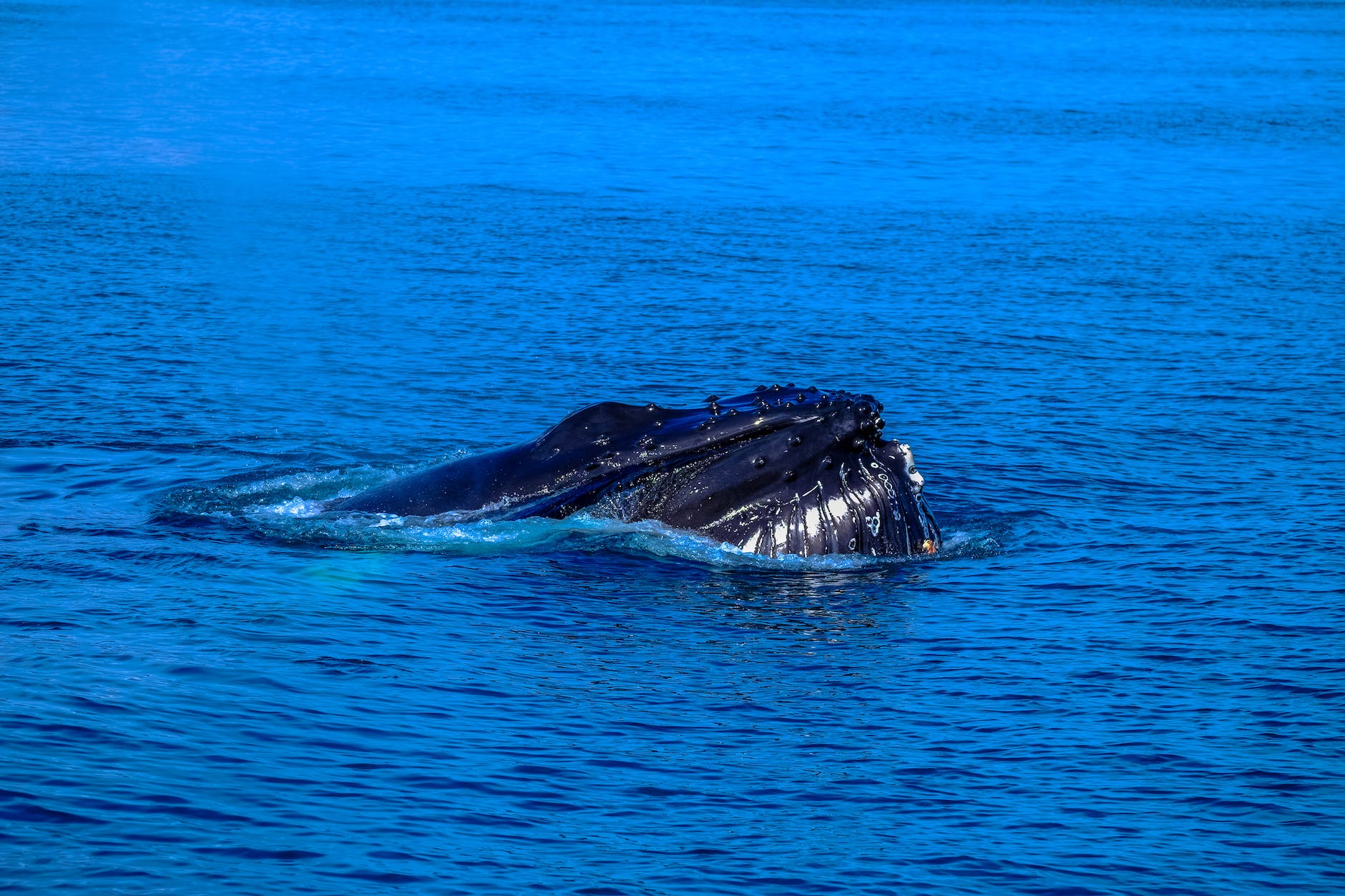 The humpback whale facts you've learned so far should show you that, if anything, we have a lot to learn from these gentle, gigantic creatures.

Sadly, our relationship with humpback whales has not only been a mutually beneficial one. After extensive hunting in the 19th and 20th centuries, we almost lost humpback whales for no other reason than greed. These days, we have a better understanding of what they have to teach us and what we can learn from them.

In the 1800s and 1900s, whalers killed millions of humpback whales. While initial pushback against the practice started in the early 20th century, it was not until the late 1970s that anything changed.

When the International Whaling Commission put a stop on whaling for all but three countries, the worldwide humpback whale population bounced back. In the past 30 years, humpback whales have gone from populations numbering in the hundreds to the tens of thousands.

In fact, they made such a successful recovery that they are considered a "Least Concern" animal. Creatures that were once on the brink of extinction are now back to being populous and healthy.

Humpbacks to the rescue

Whales and dolphins seem to know that we humans are as smart as they are. Much like observers have recorded dolphins who care for humans at sea, these compassionate behemoths do the same.

In 2017, a humpback whale imposed itself between a marine biologist and a tiger shark. It calmly used its considerable bulk to protect the vulnerable scientist.

It's not just humans, either. Humpbacks are well-documented protecting other aquatic mammals, like smaller whales and seals, from predators. Most often, this predator is an orca. And there seems to be a long-running rivalry between the two whales.

While orcas are not dangerous to humans in the wild, you should still feel safe whenever a humpback whale gets friendly with you.

Humpback whales feature heavily in "Star Trek IV: The Voyage Home," from 1986. Created shortly after global whaling bans went into effect, the writers believed that the whales would go extinct in the 21st century -- far before the events of the movie itself.

The plot, which had the crew of the Enterprise traveling back into the 1980s to rescue a pair of whales, fit with the series' overall messages of conservation and respect for all life.

Well, thankfully, we took that message to heart sooner rather than later. Humpback whales are far from extinct now. While it wouldn't make for as memorable a movie, modern protections for humpbacks would have saved Kirk and Spock a lot of time.

Hopefully, by now, some of these humpback whale facts have triggered your interest in these amazing creatures. Humpback whales are some of the largest creatures on Earth and, despite their immense power, are as gentle and kind as anything can be.

These tremendous whales are some of the smartest creatures on Earth. They care for and protect individuals of other species. And they even have a culture in which songs are shared and spread across the planet. Coupled with their meteoric rise from near-extinction, it's clear that humpback whales are remarkable even among their already unusual relatives.

Experts have written entire books about the amazing biology and sociology of whales and others. Websites from publications such as National Geographic have articles of information to learn even more. Let these humpback whale facts give you a newfound respect for our aquatic neighbors.