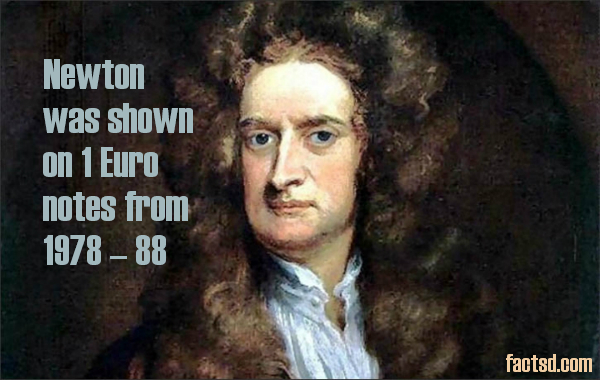 Isaac Newton facts: Interesting facts about Isaac Newton. Newton is remembered for many things, not just for his works in the field of science but also as a writer, scholar and inventor. He has revolutionized the world’s understanding and has explored new ways of thinking in several fields including physics, astronomy and math. Newton laid the basic foundation in classical mechanics, optics and mathematics. Let’s learn more facts about Sir Isaac Newton.

Isaac Newton was born in Woolsthorpe, Lincolnshire, England on January 4, 1643.

Isaac Newton was many things including a physicists, mathematician, astronomer, alchemist, philosopher, and theologian.

Philosophae Naturalis Principia Mathematica was one of the most important books published by Newton in 1687. The book describes about gravitation and the three laws of motion.

The last words of Isaac Newton were “the great ocean of truth lay all undiscovered before me.”

The law of universal gravitation describes the gravitation attraction between bodies with mass, such as the earth and the moon.

Newton’s three laws of motion describe the forces action on a body when in motion.

Newton’s dog has set his laboratory on fire, ruining 20 years of research work.