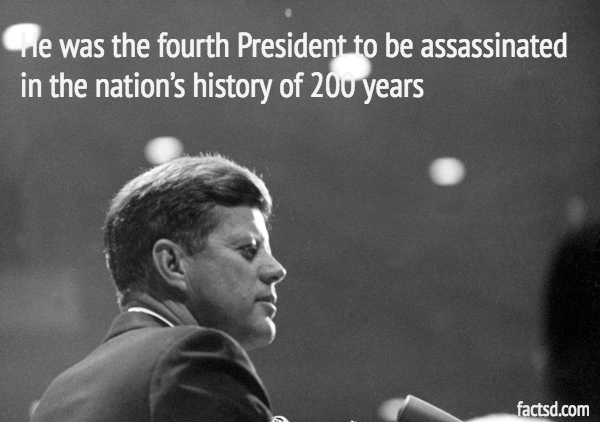 John F. Kennedy was the first Catholic and the youngest person to be elected for the post of President of America.

He and wife Jackie Kennedy had four children.

In 1956, Jackie gave birth to a stillborn girl.

On August 7, 1963, Patrick Bouvier Kennedy was born five and a half week prematurely and died two days later.

Later the bodies of their two children was removed from Massachusetts in 1963 and transferred to where JFK lay in Arlington National Cemetery.

Kennedy suffered from bad health from his childhood and he received last rites three times before his presidency.

Kennedy was considered medically unfit by the US Army and was rejected, when tried to enlist into the army.

However he was able to enter the US Navy in October 1941using his father’s influence and was the commanding officer of PT-109, even became a wartime hero for helping his crewmates survive the gunboat’s 1943 sinking.

Kennedy wrote his first book, “Why England Slept” when he was only 22.