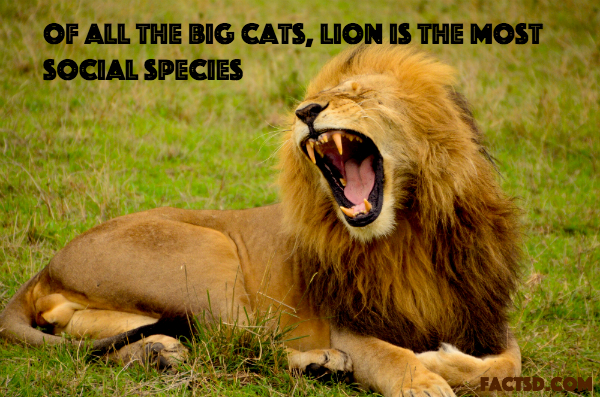 Lion facts: 80 interesting facts about lions. Lion is known as the king of the jungle, there are many reasons to crown lion as the king, a few to name are it represents courage and loyalty, it is on top of the food chain, it has a very impressive and distinctive mane. There’s more to it, let’s explore more about lions.

2000 years ago, there were one million lions alive on the planet, but now only 32,000 lions left on the planet.

In Turkish and magnolia the lion is called as Asian and this name is also used in the movie “The chronicles of Narnia”.

After tigers, Lions belong to the second big cat’s family.

The age of the male lion is defined by the color of the lion’s mane.

The darker and older the male lion’s mane appears, the more attention it seeks from the female lions.

Lions are also great swimmers as equal to the other big cat’s family.

The lion’s leap can stretch to a distance of 36 feet.

An adult lion consumes 18 pounds of meat for a day.

The lions use their tasseled tail to gesture messages and it is the only member of the big cat’s family.

The lion’s tasseled tail starts to appear when the cub is 5 to 7 months old.