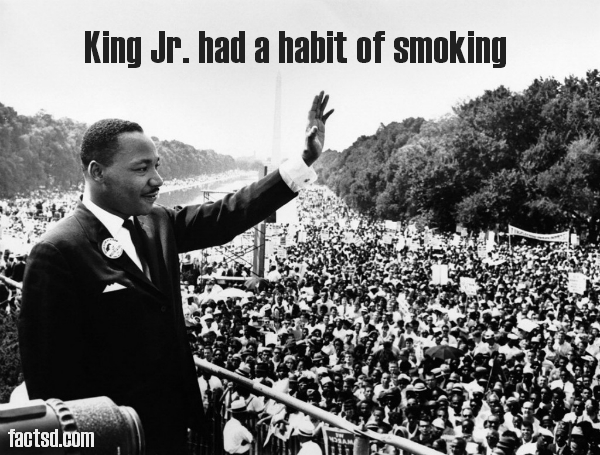 Martin Luther King Jr. was an important activists and leader in the Civil Rights Movement.

The reverse of the $5 bill will have images from King’s “I Have a Dream” speech and the concert of opera singer Marian Anderson, before 2020, as announced by Treasure Secretary in 2016.

King suffered from depression most of his life.

The only American citizen, non-president in the U.S. to have a national holiday in his honor is Martin Luther King Jr.

MLK Jr. supported the removal of the faculty led prayer in Public Schools.

All the 50 states of U.S. did not recognize Martin Luther King Jr. Day as a paid holiday until 2000.