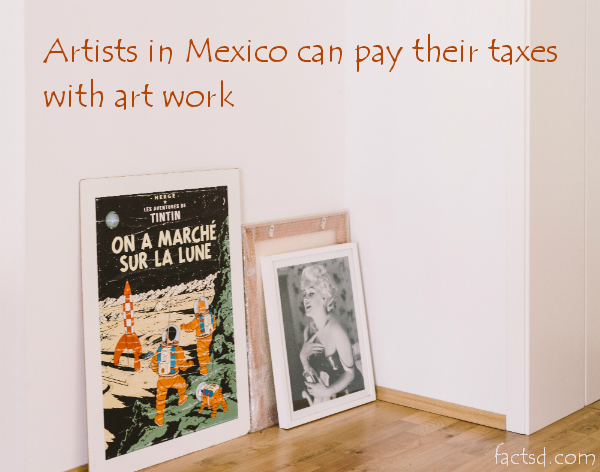 Mexico facts: Interesting facts about Mexico. Mexico is one of the three countries in North America, the other being Canada and United States. United Mexican States is the official name of Mexico. Mexico boasts a diverse landscape and rich history, and is one of the world’s most popular holiday destinations attracting sun seekers and food lovers alike. Mexico City is the capital of Mexico. Mexico has 31 states and federal district, which is also the capital city. Let’s find out more about the wonderful and colorful country Mexico. Here are some interesting facts about Mexico.

You can be fined, if you play the national anthem incorrectly in Mexico.

Meteorites are illegal in Mexico. In 2014, the government passed a law requiring federal protection against space threats, most specifically, meteorites.

Mexico City is slowly sinking at the rate of 15-20 cm a year, as it is built on a lake called Texcoco.

Mexican children do not receive gifts on Christmas Day. But they get it on January 6, the day on which Mexicans celebrate the arrival of the Three Wise Men.

Artists in Mexico can pay their taxes with art work.

The most traffic congested city in the world is Mexico City.

The second largest border in the world is between U.S. and Mexico.

Illegal immigration from Mexico to the U.S. has decreased by 80% since 2000.

Mexico enjoys the largest taxi fleet in the world with 100,000 taxis running every day.

Mexico is the only country to protest against the German Annexation of Austria of 1938, Right before WW2.