The world is a weird place - and so many things happen without being known to the majority of the population. Here are 15 incredible natural phenomenon you've never seen.

What does the ocean look like when it glows at night? Thanks to bioluminescence, we have the answer: pretty darn cool. Usually taking the form of a blue light, bioluminescence is a chemical reaction that can occur when small organisms are disturbed at night, and it can light up an entire shoreline. 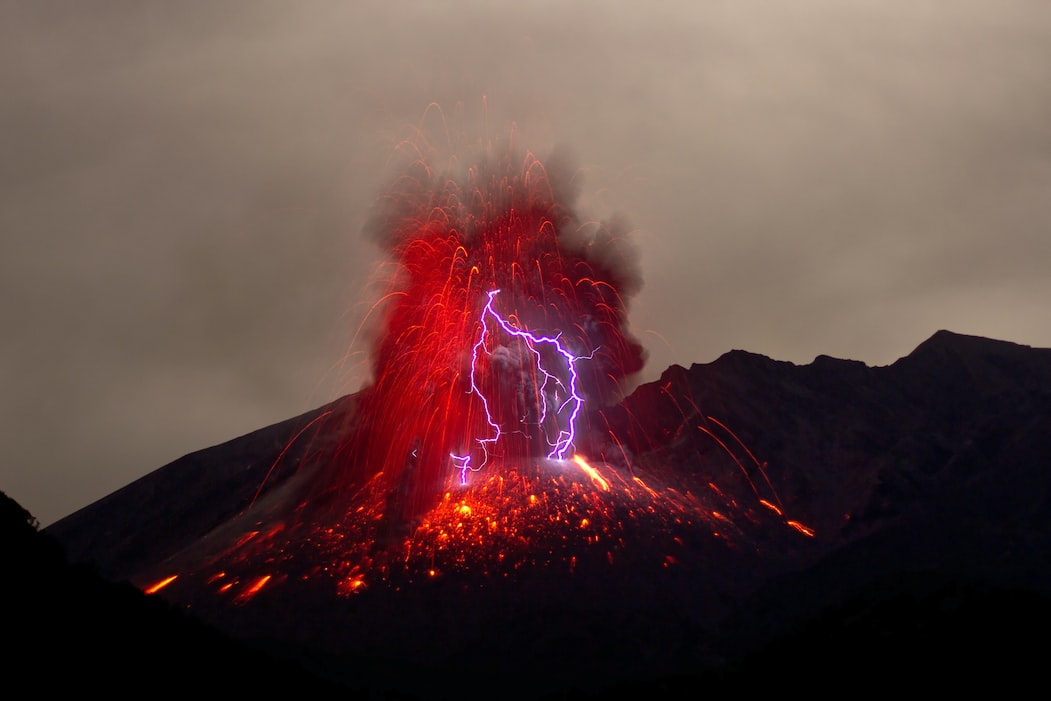 If you thought regular lightning was bad, wait until you see volcanic lightning. This phenomenon occurs during large eruptions, and it's thought to happen because positively-charged particles are shot up to connect with negatively-charged particles already in the air. The result? Some of the most awe-inspiring visuals on the planet.
(Between the low frequency of big volcanic eruptions and the hostile environment, it's hard to send tools in to be sure about the cause - we have to guess from a distance on this one!)

These sound delicious, don't they? Alas, they really are snow, not a delicious treat. Sometimes, when the wind is blowing, it can send snow tumbling downhill to gather extra material as it goes. However, since the middle of the donut didn't get much material (or compact very far), it soon collapses to leave a hole in the center.

Snow donuts can grow as large as two feet, and once the middle's gone, they can last for quite some time in the right conditions. Just be sure to check for avalanche warnings before you go out hunting for this fun - but elusive - snow shape.

This may be one of the 15 incredible natural phenomenon you've never seen, but I have - once. Fire rainbows appear in clouds that have plate-shaped bits of ice in them while the sun is 58 degrees or more above the horizon.

The result is a rainbow, but the arc is so big that we can only see a tiny piece of it. The image doesn't appear in falling rain, either, but instead looks a bit like it's painted onto the ice in the cloud. If you're lucky enough to see this, be sure to snap a picture.

Yes, tornadoes can get worse. Supercells are thunderstorms that have a persistent, rotating updraft inside them. They're the rarest form of a thunderstorm and can generate the most severe weather. They tend to form in isolation from other thunderstorms and can affect quite a few miles.

Fortunately, if you live in Tornado Alley, supercells are easy to spot. Just look for the giant rotating storm cloud... from a safe shelter, of course. No matter how cool these 15 incredible natural phenomenon you've never seen are, they're not worth risking your life. 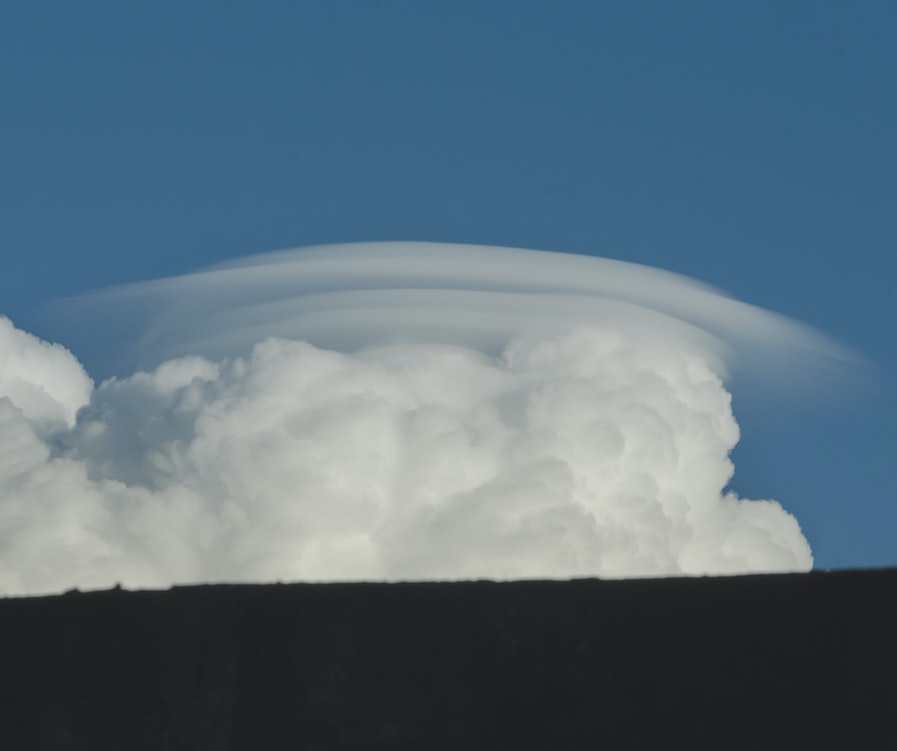 When is a cloud like a UFO? When it forms around a mountaintop, of course. Lenticular clouds form at high altitudes when moist air (possibly picked up from snow) is forced upward. The result is a massive lens-shaped formation that sits over the mountain and, from a distance, looks like a flying saucer.

The weirdest lenticular clouds form in layers, looking a little like squished marshmallows as they gently move across the sky. If you want to see these, you'll need to spend some time near the mountains where they form - they'll never pop up in the plains.

Do not approach the fire whirl, no matter how cool it is. This phenomenon happens when a fire is affected by movement in the air and draws upward in a whirlwind. Fire creates its own hot air, and the difference in temperatures can create whirlwinds in weather where they'd never otherwise occur.

This phenomenon is most common during bushfires, and the whirlwind can keep going even after the fire itself is extinguished. Fortunately, they're rarely as dangerous as a full tornado, but you should always stay at a safe distance when hunting phenomenon like this.

How cool of a name is that? A skypunch is a hole that appears in altocumulus and cirrocumulus clouds when some of the water hasn't frozen yet. When it does, this can set off a chain reaction in the air that makes the water around it evaporate. In short order, you'll have a hole in the cloud that looks like a meteor just shot down through it.

If you feel like there are a lot of clouds on this list, you're right - there really are. That's because our everyday sky is one of the weirdest things on the planet when you start looking at it closely.

This one sounds like a weird theme park, but Lapland is a distinct region in Finland where the weather can get particularly strange. At times, the mixture of sub-zero temperatures and heavily-driving snow can surround trees. Instead of having a picturesque dusting of snow on top, they tend to look like large statues or even aliens.

Lapland is considered one of the most picturesque parts of Finland, so if you enjoy seeing the snow, it's worth the visit.

Frost flowers are delicate, so it's best to avoid touching them. Instead, just take a picture and share it with your friends. Chances are they've never seen this, either, so it's a great way to surprise them with a cool image. (Yes, the pun was intended. We're terrible people.)

This is the phenomenon you're most likely to see since it can occur all around the world. Much like the Fire Rainbows above, sun dogs are the result of light refracting from ice crystals in the air. The result is a halo of light that surrounds the sun, with two especially bright spots to either side of the sun. This phenomenon can occur anywhere in the sky, but it's easiest to see when the sun is near the horizon.

Of course, your odds of seeing it go up if there's a lot of ice in the air, so head to the far north if you want to see it in person.

This one sounds like a lot of people seeking forgiveness, and that's probably not too far off... penitentes are fields of ice that form spikes, and the spikes can be as tall as four meters. These are most common in high-altitude, low-humidity areas (like some glaciers), where the sun sublimates areas to leave sturdier bits of ice behind. Thanks to their shape, they can attract even more heat and grow over time.

Penitentes are best viewed from the side. They're not as dangerous as solid, jagged ice would be, but it's still a bad idea to land on top of them.

If you live in a cold city, you have a good chance of seeing these. The first requirement is for the air to be well below freezing, so don't bother looking outside of winter. You'll also need a lot of moisture in the air (to form ice crystals) and as little wind as possible.

If the conditions are right, the ice crystals will reflect the colored lights of the city below and send them streaking towards the sky. The result is hundreds of pillars of light and a truly mesmerizing sight.

You know how we had fire tornadoes earlier? Well, they have a watery cousin. Waterspouts are tornadoes that form over water instead of land, and they're thought to be behind the destruction of a significant number of ships.

Worse, they can travel at hundreds of kilometers an hour, making them difficult for many ships to avoid. Waterspouts are more dangerous than most of the phenomenon on this list, so we don't recommend chasing them. Instead, enjoy these pictures.

There's a simple reason you haven't seen this one - it's only known to occur in Norway's Hessdalen Valley. Currently, there are between 10 and 20 sightings of these lights each year, but we have no idea what causes them. The lights can appear in the day or at night and tend to range between white, yellow, and red in hue.

Sometimes they only last a few seconds, but other times, the lights can last more than an hour. They might move or be stationary. It's hard to predict when they'll show up or what they'll do, but the lights have been repeatedly verified. If you want to catch a glimpse, take a vacation to Norway. You might just get lucky!