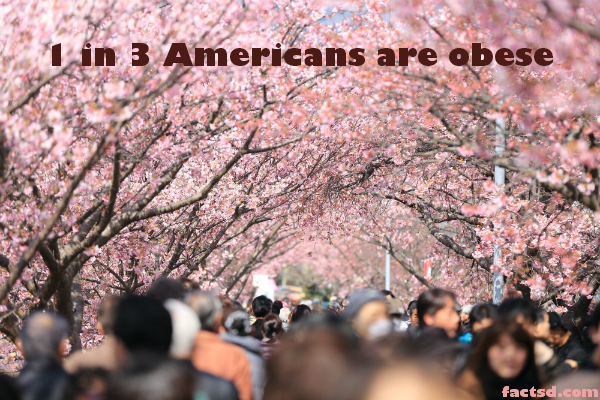 Obesity facts: Surprising facts about obesity. Obesity is considered as one of the chronic diseases in the world. It can be described as abnormal accumulation of fat, usually over 20% of an individual’s ideal body weight. Obesity is becoming a serious issue and has been declared as a worldwide epidemic. Let’s explore more facts about obesity.

Obesity is contagious. When a person gains weight, then close friends are likely to gain weight too.

Eating slowly can reduce obesity because the brain takes 10 minutes to know the stomach is full.

Obesity is the second leading cause of preventable deaths in the world, after smoking.

The colder it is at home, the more your body will burn calories as it works to stay warm.

Obesity is an inflammatory disease. Excess calories cause an immune response, which repeatedly activates person’s immune system at low level, causing inflammation in the body.

Mindless eating is one of the major causes of obesity.

Father’s diet before conception can play an important role in child’s health.

With the increase in BMI, the risk of noncommunicable disease increases.

The brains reward system can get supercharged by foods rich in fat and sugar, which can in turn overpower brains ability to tell a person to stop eating.

Most of the fat is breathed out as carbon dioxide and the remaining is excreted as water when you lose weight.