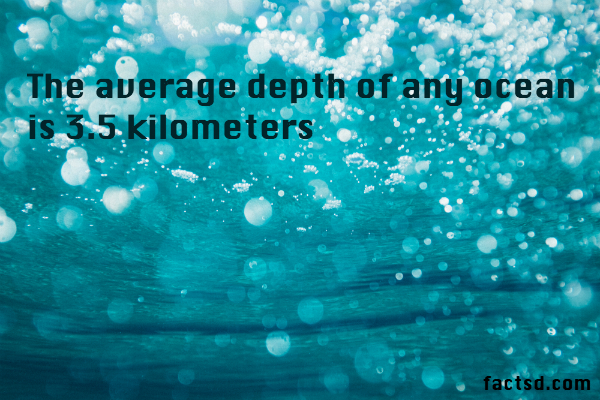 Ocean Facts – 43 Interesting facts about the ocean. The planet’s oceans are unusual, striking and fascinating — but we hardly know anything about it. It is also indispensable for our survival and changes in its composition and structure due to human activities are already causing devastations. A better understanding of the ocean will help us respect it importance and ensure our own survival.

70% of the Earth is covered by water.

The vastness of the water kingdom can be gauged by the fact that it took almost too years to survey a small portion of Indian Ocean to locate the debris of Malaysian Flight MH-370.

The oceans harbor 500,000 to 10 million species living in the deep sea and majority are still to be discovered.

98% of the species which live in the oceans live in, on or just above the floor of the sea.

Micro-organisms such as Bacteria, larvae, algae and burrowers make up 90% of all marine life in the sea.

The largest animal on Earth is the Blue Whale which could reach a length of 98 feet and weigh an incredible 190 tons.

The black marlin is one of the fastest marine animals and can clock speed of 130 kmph which is quicker than the fastest land animal the cheetah.

The oceans are a treasure trove of minerals and more than 20 million tons of gold is dissolved in the ocean waters.

Mankind has explored thoroughly only 5% of the oceans.