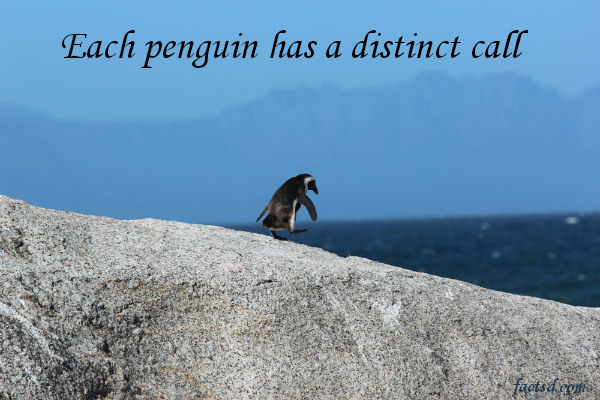 Penguin facts: Interesting facts about penguins. Penguins are flightless birds that live in southern regions of the Earth. They have flappers instead of wings and unlike other birds penguins can’t fly. By the word penguin many imagine a small, black-and-white animal, but actually these birds come in a variety of sizes, and some are very colorful. Penguins are considered as marine birds and live up to 75% of their lives in the ocean. They can be found in every continent in the Southern Hemisphere. These are carnivorous animals that rely only on meat; their diet includes krill, fish and squid. They have a torpedo shaped body enabling them to swim efficiently. Penguins are interesting, adorable and important creatures. Explore more facts about penguins.

Penguins rely on their vision while hunting. It is not known how they hunt in dark, at night or at great depths.

Penguins pant like dog to prevent overheating. They also ruffle their feathers and hold their wings away from their bodies.

Smaller penguins do not dive as deeper as large penguins.

Penguins eat snow as a source of fresh water.

Some penguins sleep while standing up.

Penguins have no knees, and therefore they waddle about.

They have an oil gland that produces waterproof oil which the penguin spreads across its feathers to insulate their bodies and to reduce friction.

Penguins swallow pebbles and stones as part of their food. It is believed that it helps them in grinding and digesting food, and might also add extra weight to help them dive deeper.

Penguins can only taste sour and salty flavors; they can’t taste sweet or savory ones.