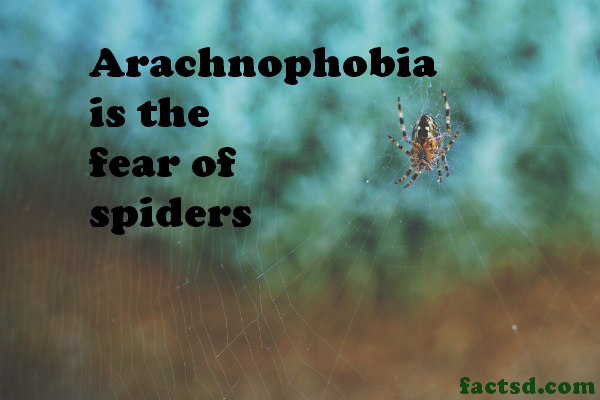 Phobia Facts: Interesting facts about phobia. Phobias are irrational fears of certain situations or objects; it impairs the individual’s ability to function properly. It is a type of anxiety disorder. Phobia is one of the most widespread mental disorders in the world today. Let’s explore more facts about phobias.

Women are twice as likely to develop a phobia compared to men.

3% of the world’s population is affected by some or the other phobia.

Nearly 8.7% of people in the U.S. aged 18 or over have at least one specific phobia.

Phobias usually appear in childhood or adolescence and tend to persist into adulthood.

Social phobia is the third largest mental health care problem in the world.

The #1 phobia in the world is Arachnophobia or fear of spiders, followed by Ophidiophobia, fear of snakes.

Nearly 25 million people in the U.S. have fear of flying

Over 6 million people in the U.S. have a phobia.

There are over 400 distinct phobias.