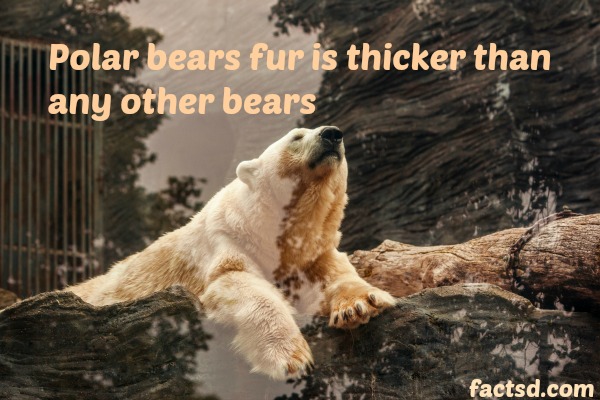 60% of the polar bears can be found in Canada.

Female polar bears will most often build their dens with old snow, rather than from the freshly fallen snow.

Polar bears are hygienic and groom for 15 to 20 minutes after a meal.

Polar bears succeed in only 2% of all their attempts in catching their prey.

Polar bears are so well insulated that sometimes they need to swim in cold waters to cool down.

Polar bears have sweat glands on the bottom of their feet that leaves the smell behind.

The two dollar coin or toonie in Canada features a polar bear.