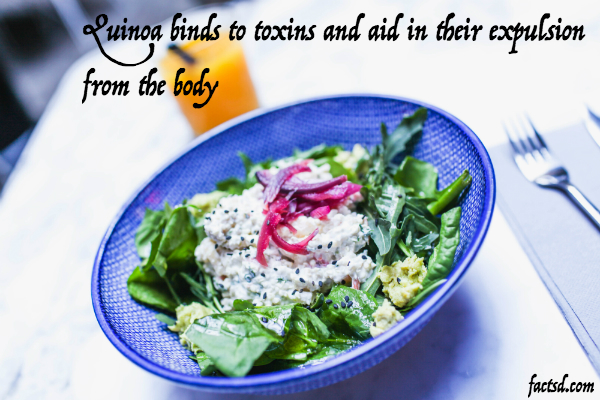 Quinoa nutrition facts: Interesting facts about Quinoa. Quinoa seeds are often dubbed as the food of future. With dwindling food production due to climate changes are forcing food scientists to look for alternative food sources which are nutritionally wholesome and can be grown in arid or barren lands. Quinoa can be a very good substitute for cereals because it contains all the amino acids which are required by the body besides essential minerals and antioxidants. It can be labeled as “superfood” or a “supergrain”.

Quinoa is a nutritious seed much akin to common grains like rice and wheat.

It was the staple food off the Incas before the Spanish explorers forced them to stop cultivating it.

The scientific name of Quinua is Chenopodium quinoa.

Though it resembles staple grains but its seed is much akin to other dicotyledonous seed like gram or pea.

The fat contents is less than oil seeds and hence it is treated as any other staple grain.

It prefers neutral PH and sandy soil but can survive in salty as well as alkaline soils.