Earth shares its orbit with an asteroid called 2010 TK7.

There’s a dwarf planet called Haumea, which is rotating at such high speed that it has distorted its shape to an oblong shape. It is roughly the same size as Pluto.

There are planets floating around space without solar system or sun.

Luna moths don’t have mouth. Once they come out of their cocoon, they have a 7 day lifespan during which they mate and then starve to death.

Certain plants and animals are immortal; they do die but it not due to aging but due to injury or disease. Lobsters and jellyfish are some examples.

Sunflowers can be used to clean nuclear waste and radioactive soil. They suck up the radiation up out of the soil as they grow so the flower and stems are radioactive now.

Human brain is over 3 times as big as the brain of other mammals of the same body size.

The technique of fingerprinting is known as Dactyloscopy.

Insects have yellow blood. They get this color from the pigments of the plants that they eat. 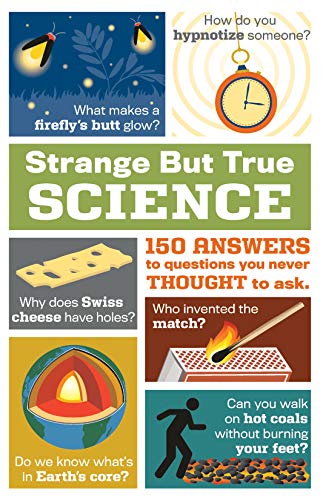